KANSAS CITY, Mo. — In a home on the outskirts of the Kansas City metro, Eric and Phyllis Watson had always wanted children of their own. They hadn't been able to have a baby. It wasn't in the cards.

Meanwhile, four siblings in the metro ended up without a home or a family. They endured neglect and abuse so bad the state took custody of them. The children entered the foster care system in November 2015. It was a Thursday. It was the day after the Watsons had been approved to take in children.

The Watsons got the call.

"They said, 'We have a sibling set of four,' and I'm like, 'Four?! That's a lot,'" said Phyllis, pretty sure they weren't ready to take in four kids.

"We were the only house open that could take four kids at one time," said Phyllis.

Both Eric and Phyllis worked full time. They decided they didn't think they could give the four kids what they needed. Eric went to take a nap.

"And when he woke up, he said, 'We're gonna take the kids,'" said Phyllis.

Eric said he couldn't bear the thought of the kids being separated. 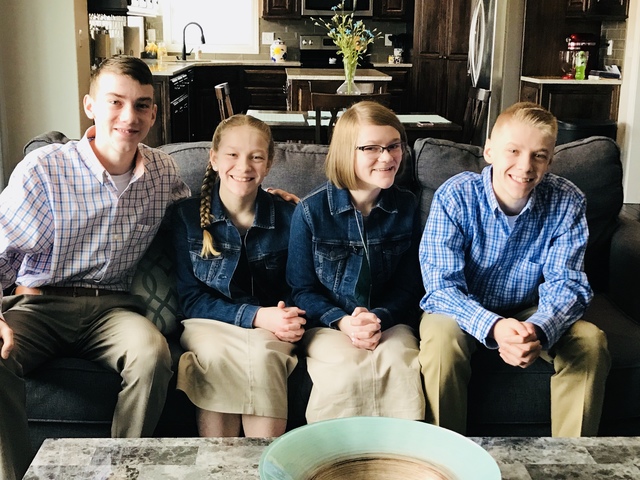 "The turning point for me was they were going to be split up and I didn't want to see that," Eric said through tears.

"And we've never regretted it. Not one day," said Phyllis.

For the first year, the plan was to reintegrate the children with their biological parents. When that didn't work, adoption became an option.

Kierstin Stolzenburg is a caseworker for KVC Health Systems, the private nonprofit contracted by the state of Kansas to handle the foster care system and adoptions for the state. She was assigned to the adoption portion of the Watsons' journey.

Stolzenburg said it is very hard to find homes for teenagers.

"There are more challenges, absolutely. I think that's what makes it so sweet when you have a family and a story and kids — especially teens — that get this happy ending," said Stolzenburg. 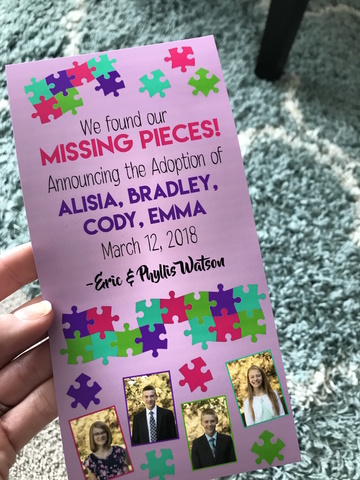 The adoption of all four children was finalized on Monday, March 12, 2018, by Judge Kathleen Sloan in Johnson County.

"It's not what I had planned, but it's so much better," said new mom, Phyllis. "I love them like they are my own."

New dad, Eric, said one word sums up his feelings about this adoption — “Complete.”

KVC said there are 3,500 kids currently in foster care in the state of Kansas. About 400 of them are available for adoption.