40,000 travelers expected to pass through KCI on Sunday 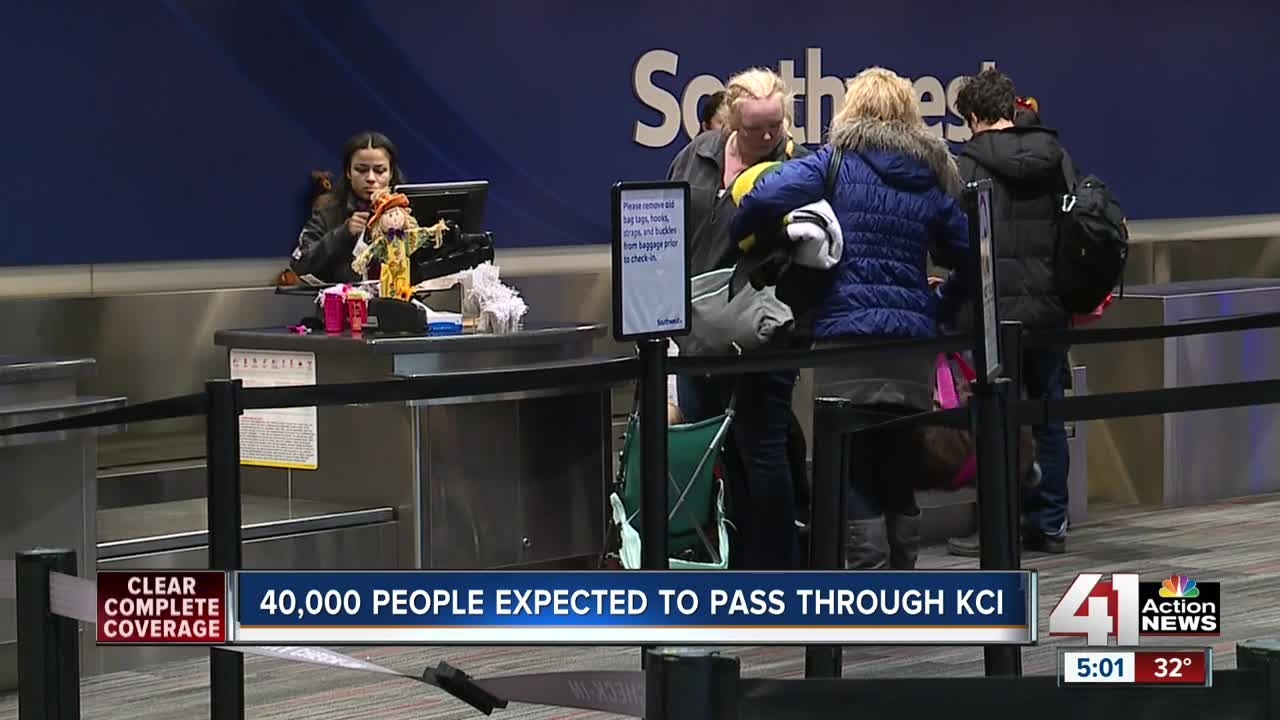 The Sunday after Thanksgiving is expected to be the busiest travel day of the year as people return home from the holiday. 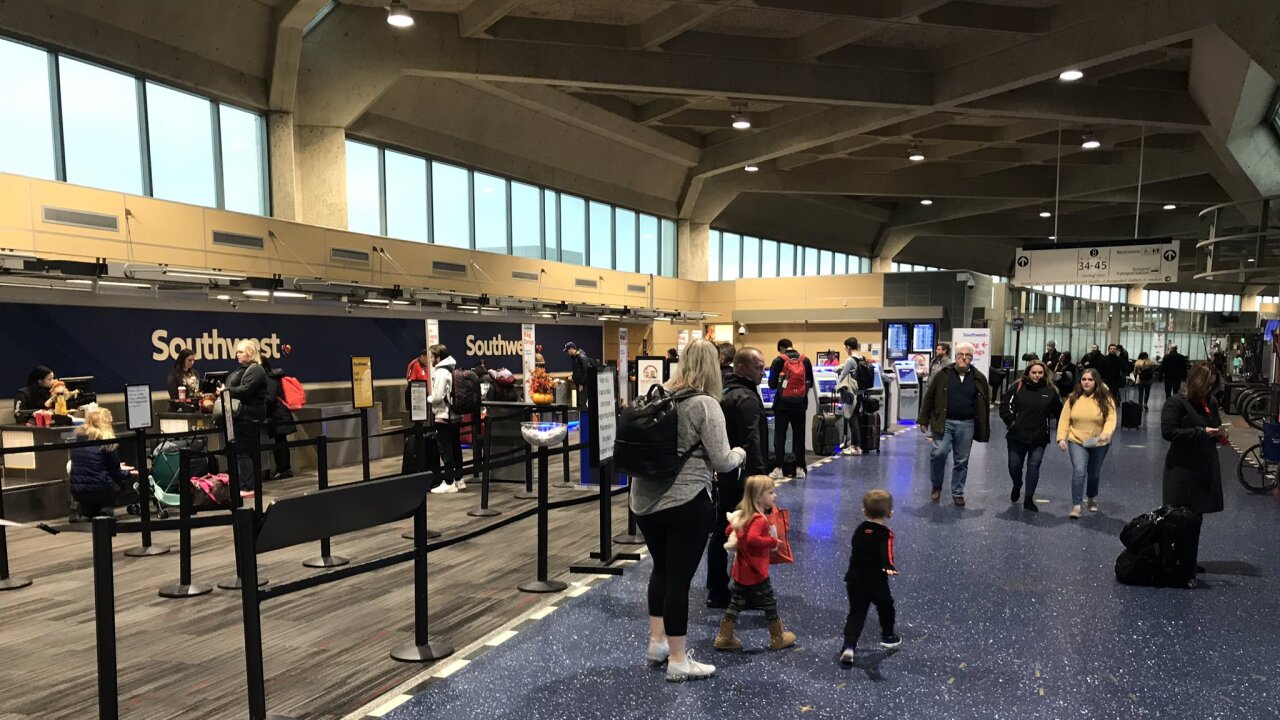 KANSAS CITY, Mo. — The Sunday after Thanksgiving is expected to be the busiest travel day of the year as people return home from the holiday.

At Kansas City International Airport, 40,000 travelers are expected to either arrive or depart through the airport on 330 flights.

Airport Spokesman Justin Meyer said the weather shouldn't be an issue for travelers.

"Weather here in Kansas City is really easy,” Meyer said. “The airlines are deicing aircrafts, but we're not really seeing any delays as a result of that."

But the weather is affecting travel in other parts of the country. Nikki Tripp flew from New York City with a stop at KCI before her final destination in Albuquerque.

"I was a little hesitant about leaving today,” Tripp said. “There was a snowstorm coming in to New York and right as we were boarding the plane it started to snow.”

It was a different story last year in Kansas City, when some flights were grounded because of the blowing snow.

"It was nerve-racking last year,” said Paula Cutter-Mark. “I just want to say but this year is much better.”

Airport officials said those picking up someone from KCI should not circulate through traffic, but can park in the cell phone lot or use the parking garage.