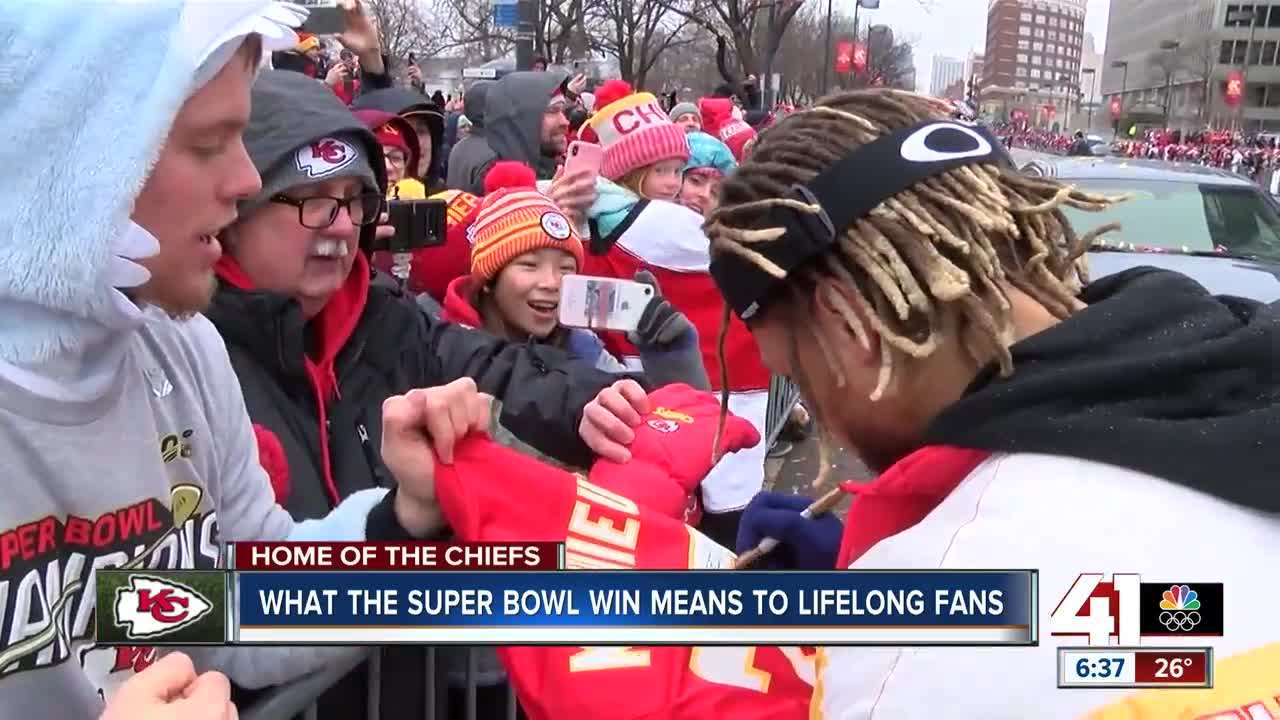 41 Action News reporter Charlie Keegan is a diehard Chiefs fan. He wrote this tribute to the team and its fans following the Chiefs Kingdom Champions Parade. KANSAS CITY, Mo. — Wednesday’s championship parade through downtown Kansas City, Missouri, was even sweeter for the diehards who waited 50 years for the Chiefs to win the Super Bowl.

41 Action News reporter Charlie Keegan is one of those diehards. He wrote this tribute to the team and its fans:

There are fans and then there's Chiefs Kingdom.

These are the people who spend hours in the snow to secure a spot along the parade route, who cancel school so everyone can attend, who fight the gridlock just to get a glimpse of the Lombardi Trophy.

These fans have waited 50 years to see that trophy in a parade like this.

Now the trophy is in their city thanks to a 24-year-old phenom who eliminated all doubt. This team was down 10 points with seven minutes left and won the Super Bowl by 11!

The comeback kings come back home.

So fans like Gary Lezak or Paul Rudd and the Average Joes who never miss a game, had to see that shiny trophy in the Kingdom with their own eyes.

It took new faces, like safety Tyrann Mathieu, and old friends, like Dustin Colquitt, to get the most dedicated group of fans the celebration they've worked for.

This parade is about how dedication pays off and why good things are worth waiting for.

There's a fan base and then there's Chiefs Kingdom.