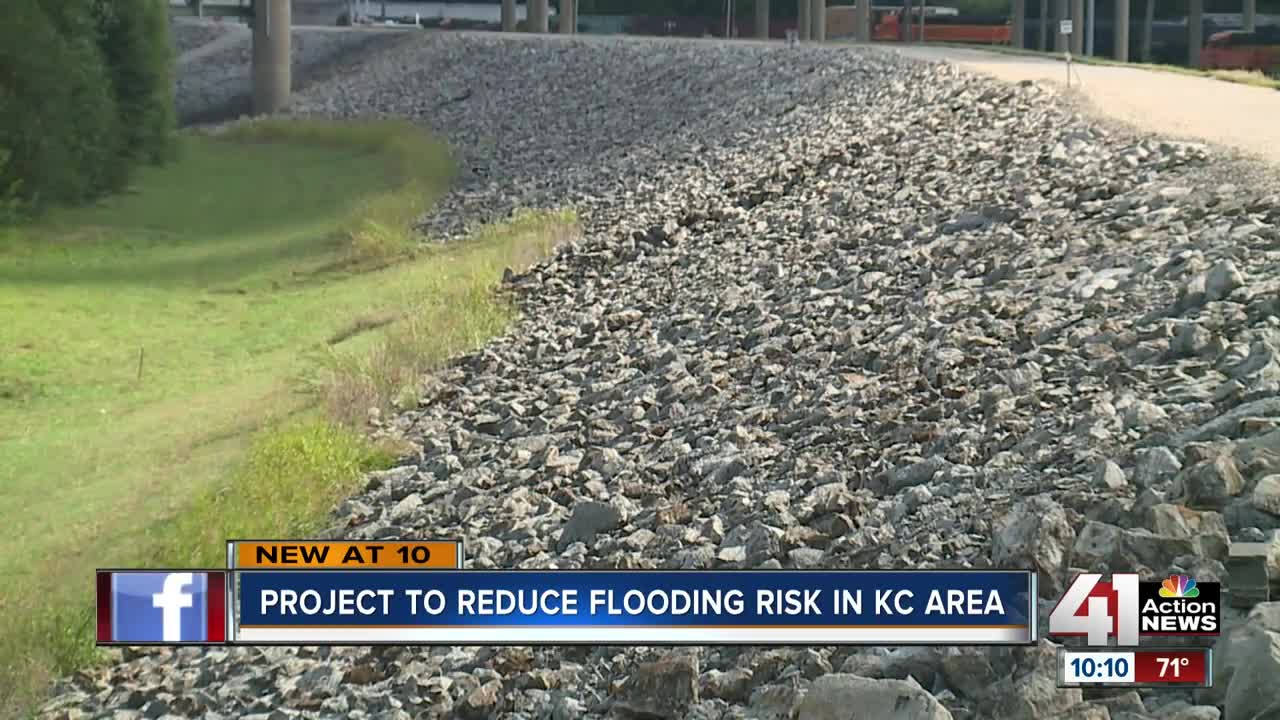 A $450 million project to replace pump stations along the Kansas River in Kansas City, Kansas, and improve flood control should help keep the metro safe from potential flooding. The federal project was proposed after the 1993 flood and finally approved last week. KANSAS CITY, Ks. - — The first stage of a massive $453 million federal project to address Kansas River levee systems in the Kansas City area is set to get underway next month, 26 years after the flood of 1993 prompted the improvements to be undertaken.

The U.S. Army Corps of Engineers is overseeing the project, which aims to reduce the annual risk of flooding in the areas along the river by 200%.

Among the upgrades will be replacement of a pair of aging pump stations, which 41 Action News was allowed to tour Friday, as part of the repair or replace of dozens of structures near the Kansas River.

One, located in the Argentine neighborhood of Kansas City, Kansas, is over 100 years old.

“Unfortunately, the original drawings for it were lost in the 1951 flood,” U.S. Army Corps of Engineers Levees Program Manager Scott Mensing said. “It wasn’t designed to support the additional loadings.”

Inside another pump station a short distance down the road, old equipment could be seen with chipped paint while cobwebs hung from the wall.

While the pump stations play a critical role managing storm water and flood levels, Mensing said the changing environment added to the critical need for the project.

“It was never built to handle the amount of water load that we will be putting on it,” he said. “It’s critical that we maintain our levee systems to the highest standard.”

The work, which will be designed in October, comes decades after the devastating 1993 flood highlighted the need for improvements.

After Congress authorized the project last year, Mensing said around 17 miles of levees and flood walls would be improved.

The work also will include:

According to Mensing, the enhancements to three pump stations and other work would help protect plenty of homes and businesses.

“There’s $10 billion of infrastructure behind these three levee units,” he said “We understand how important this area is to the nation. There are four major rails that run through these levee units.”

While many nearby residents who spoke to 41 Action News were unaware of the project, the improvements are welcome.

“When water rises above certain banks, we’re below the level and water backs up into the building,” Luis Madrigal, who helps run the local American Legion post near the river in the Argentine district, said. “Once you’ve been through it one time and had your house destroyed, an extra five feet is immense.”

The U.S. Army Corps of Engineers said construction will begin next autumn with the project expected to be completed by 2024.

While the project took decades to get moving after the 1993 flood, Mensing said it would help prevent possible future catastrophes.

“We just want to make sure that once the next flood does come through that our levee systems remain tight and safe,” he said. “It’s time to go out and get this work done so that the folks living behind these levees can realize the benefits as soon as possible.”