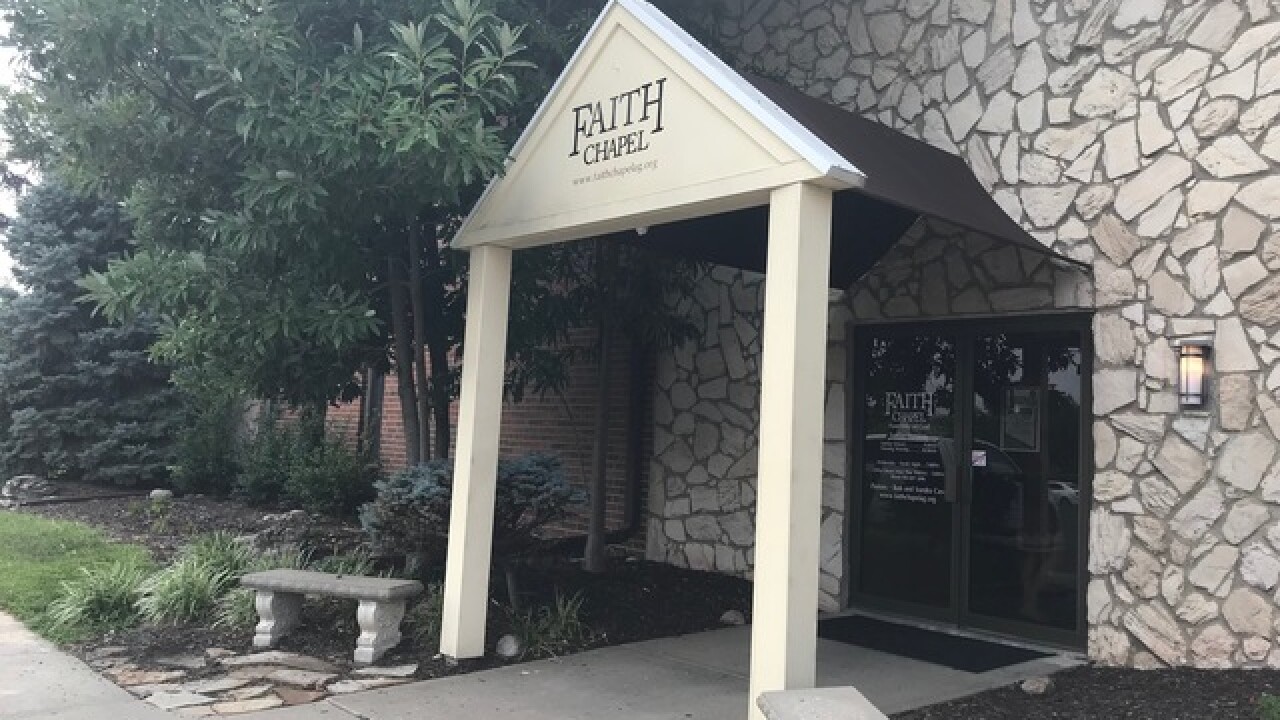 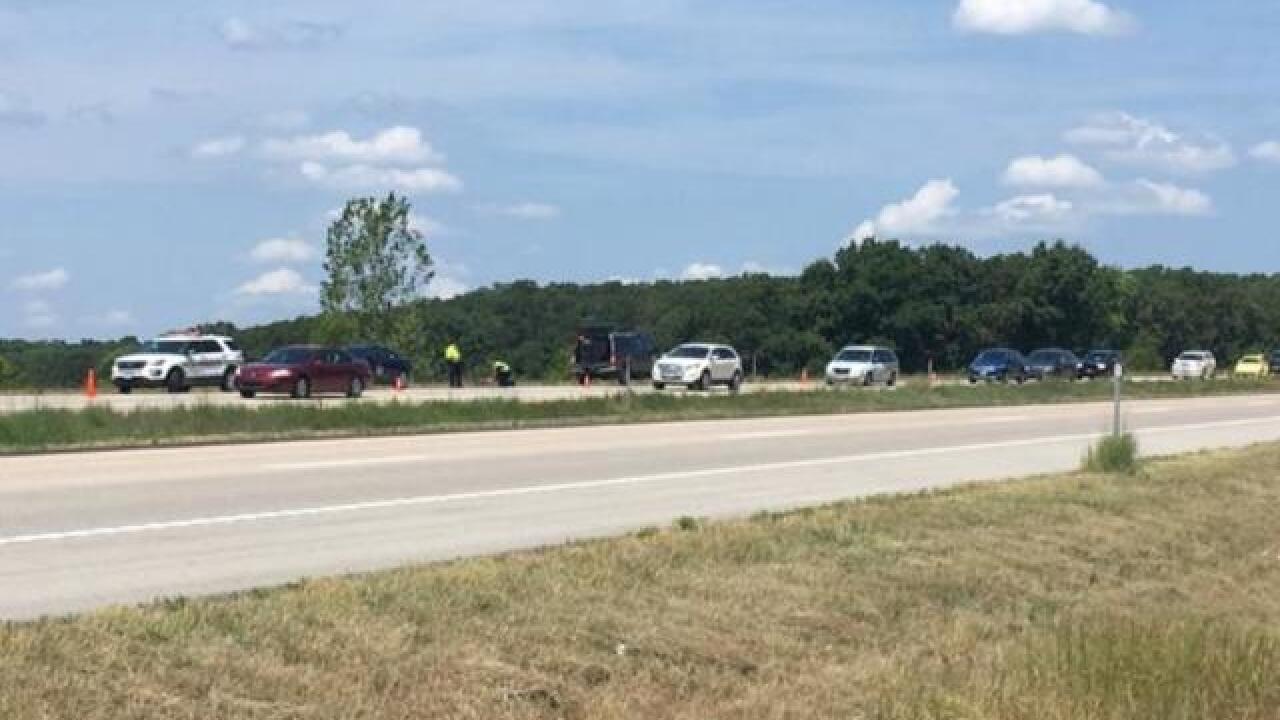 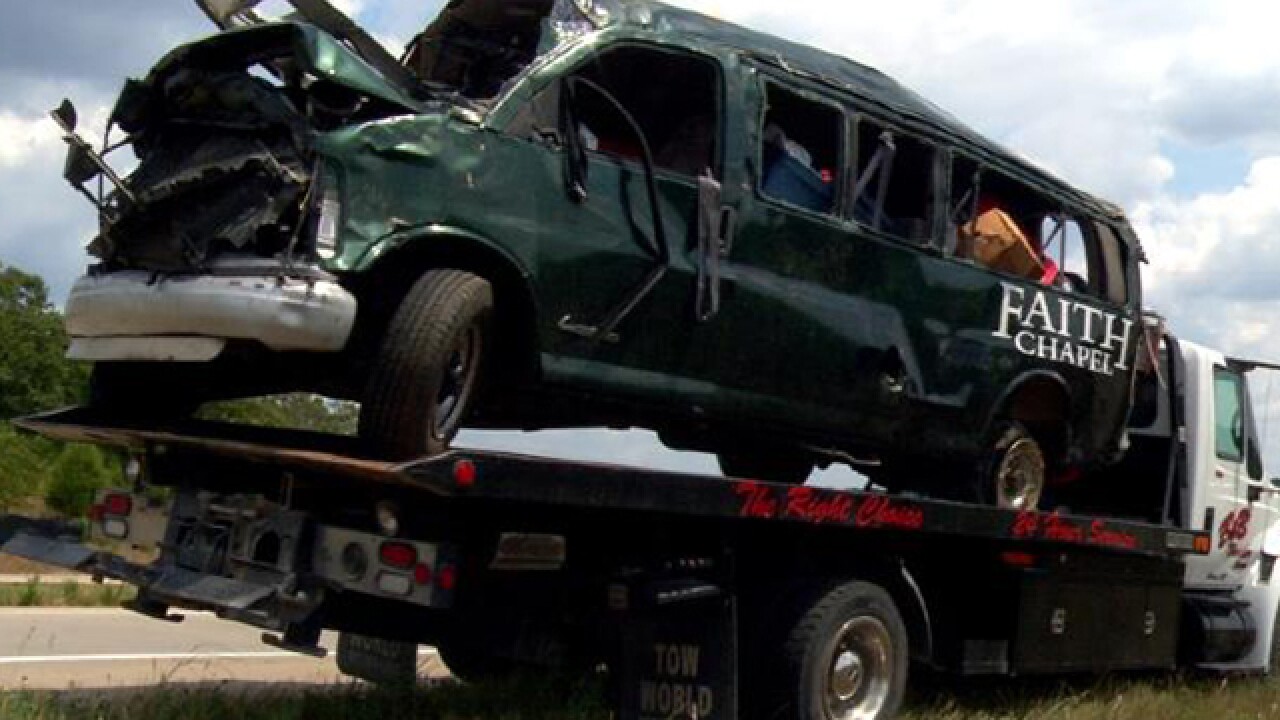 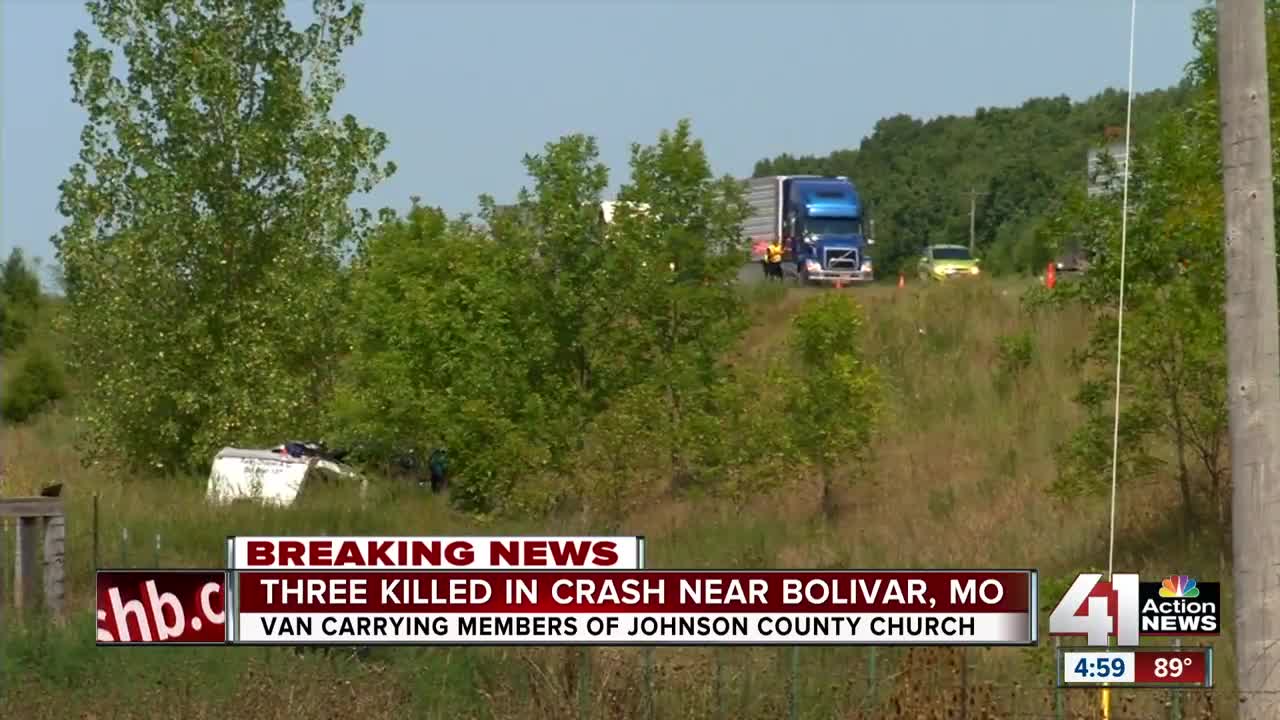 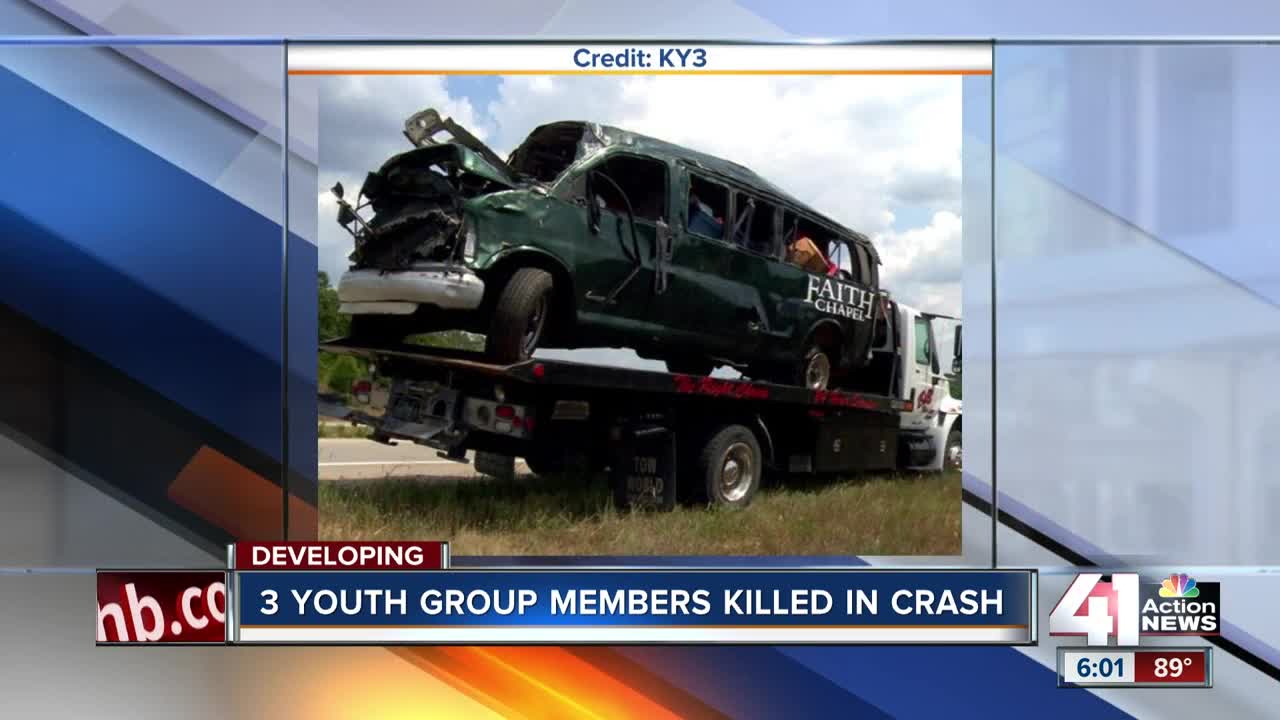 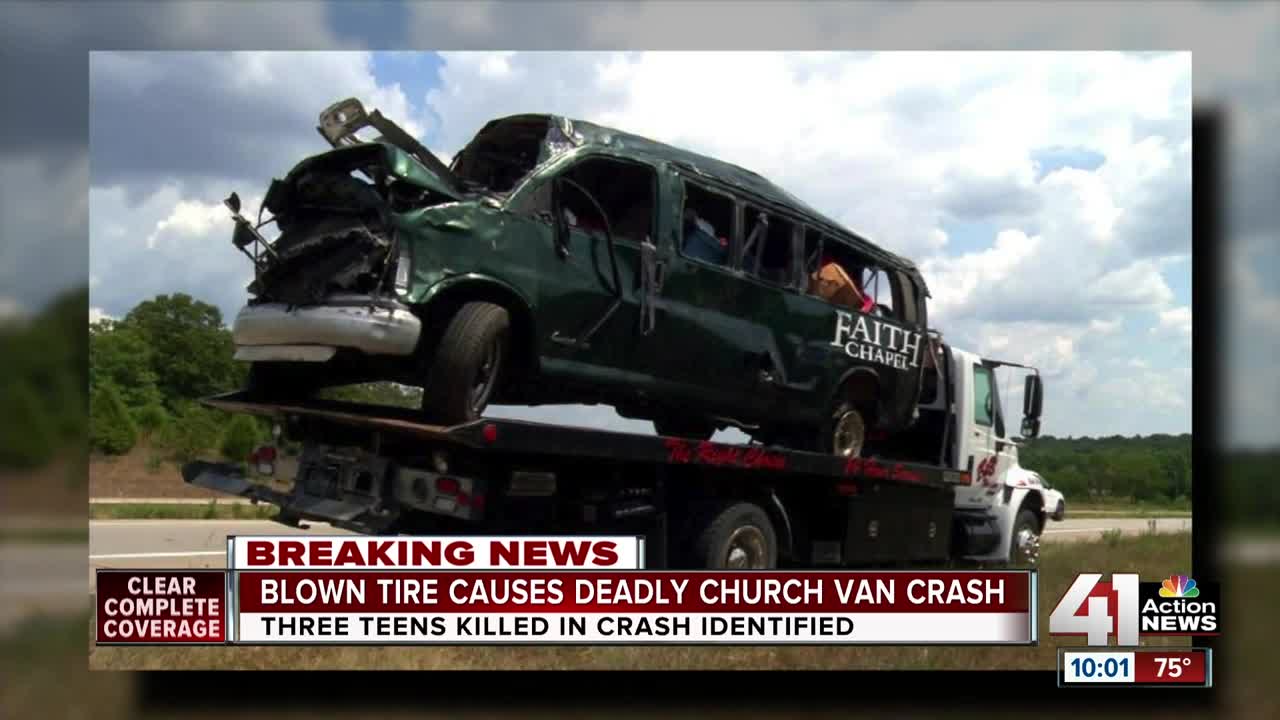 KANSAS CITY, Mo. --  Three teens died and three others were seriously injured after a church van lost control and ran off the road Friday morning.

The three teens killed were identified by officials Friday evening:

The van overturned about five miles north of Bolivar and struck a tree. No other vehicles are believed to be involved.

According to Polk County Coroner Melissa Britton, there was a second van from the church group following the van that wrecked. Witnesses from the second van said a tire blew on the first van and the driver lost control when a trailer attached to the van started fishtailing. It then rolled down a steep embankment and stopped when it hit a tree.

Britton said several of the kids were ejected. The driver of the second van was a nurse, who immediately started giving aid after the crash.

"After the fact, those people came together while they were waiting in the hospital," said Britton. "They are an amazing group of people. They were consoling each other and helping each other."

A pastor at Faith Chapel Assembly of God said the group of 22 people - five adults and 17 kids in grades 7-12 - left Friday morning for an end of summer canoe trip. The group was planning to come back on Sunday.

Following the crash, heartbroken members headed to Faith Chapel in Overland Park to be with one another.

“It’s been a pretty tragic day for a lot of people,” said Lynn Ross, who told 41 Action News she has attended Faith Chapel for over 30 years. “We’re a very close-knit group of families.”

Ross said she knew all the victims who died in the crash and could recall seeing one of them this week.

“I can remember Wednesday night,” she said. “The one girl I was walking by did the ‘I love you’ sign.”

As other churches from around the area posted messages of support and prayer on Friday, Ross said members of Faith Chapel would get through the tragedy together.

Those wishing to express condolences to the victims can go to the Facebook pages of the three churches: