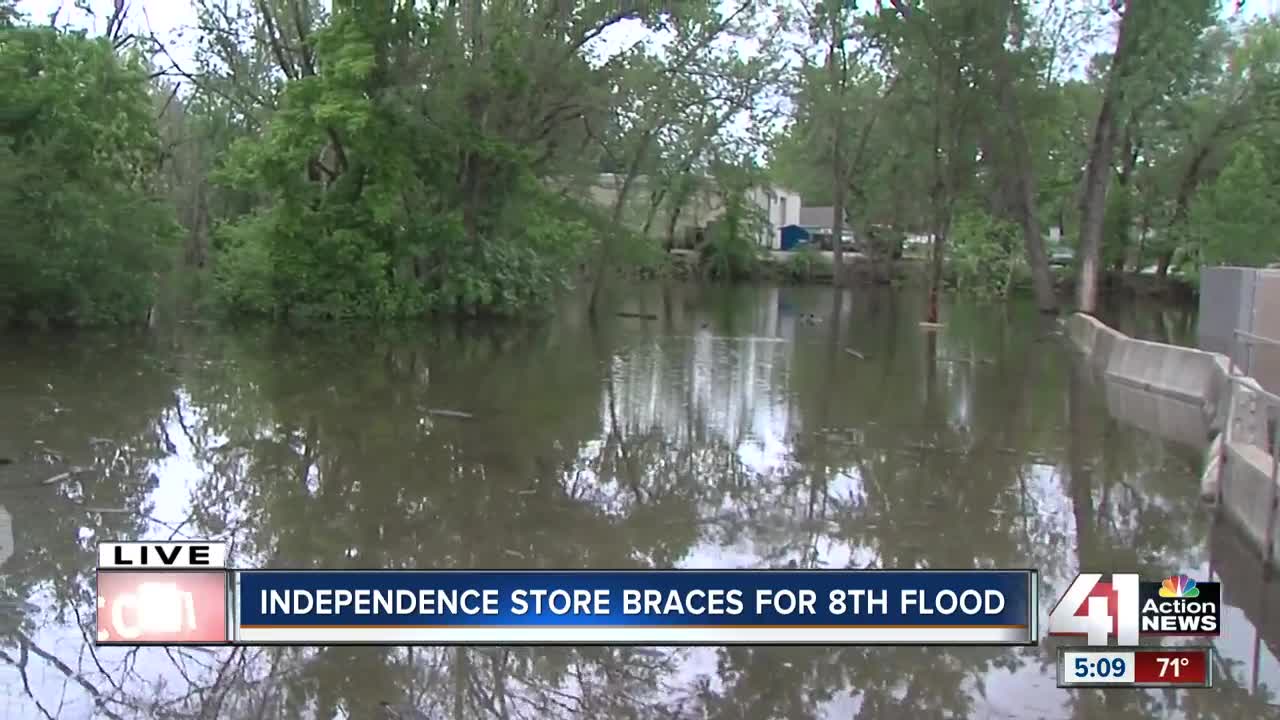 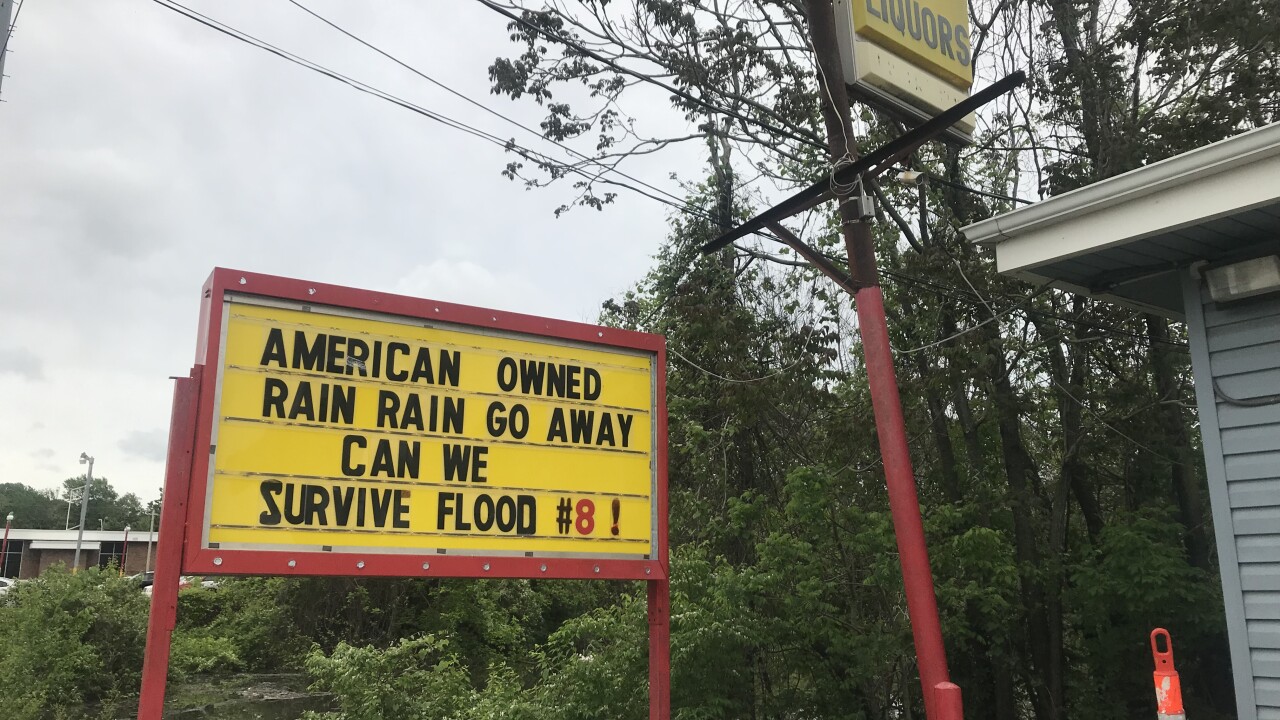 INDEPENDENCE, Mo. — Thelma Jordan, who owns Fairmount Liquors on U.S. 24 and Northern Boulevard in Independence, is no stranger to flooding.

41 Action News has talked to her at least six times about flooding.

She puts up a clever, if not sarcastic, sign every time there's heavy rain. On Wednesday, it said "Rain, rain go away, can we survive flood #8."

"If we get the rain they're predicting, I will be flooded tomorrow and I will be closed again," Jordan said.

After the heavy rains last Thursday, which continued into this week, floodwater spilled over Sugar Creek and was feet away from the store’s back door.

Other times in the past, the water has been waist-high.

Jordan said she’s suing them for not fixing the broken culvert underneath the highway, restricting the creek water flow. The broken culvert caused a hole to open up in the car lot's parking lot, which then filled with gravel.

"I had hope because they said there were things they were working on, some possibilities, but all of a sudden those possibilities are gone," Jordan said.

“Independence is definitely going to step up to that and get it solved one way or another,” Councilman Mike Huff told 41 Action News.

The latest community discussion on flooding issues was held a few months back at the Blendwell Cafe. It was operated by the Community Services League, an agency tied to the city of Independence.

A resident from Fairmount Mobile Home Park, located behind Blendwell Cafe and next door to Fairmount Liquors, showed us pictures of floodwaters rising above her porch to her door.

She said the residents have been dealing with flooding for five years, and they can't get any answers either.

Independence officials said discussions are still ongoing and they can't comment further pending the lawsuit, which is set to go before a trial jury in fall 2020.

Jordan said she wouldn't have had to sue if someone would have fixed the issue years ago.

Sugar Creek Mayor Mike Larson responded to 41 Action News' request for information after the story aired in the 5 p.m. broadcast, saying to contact his attorney.