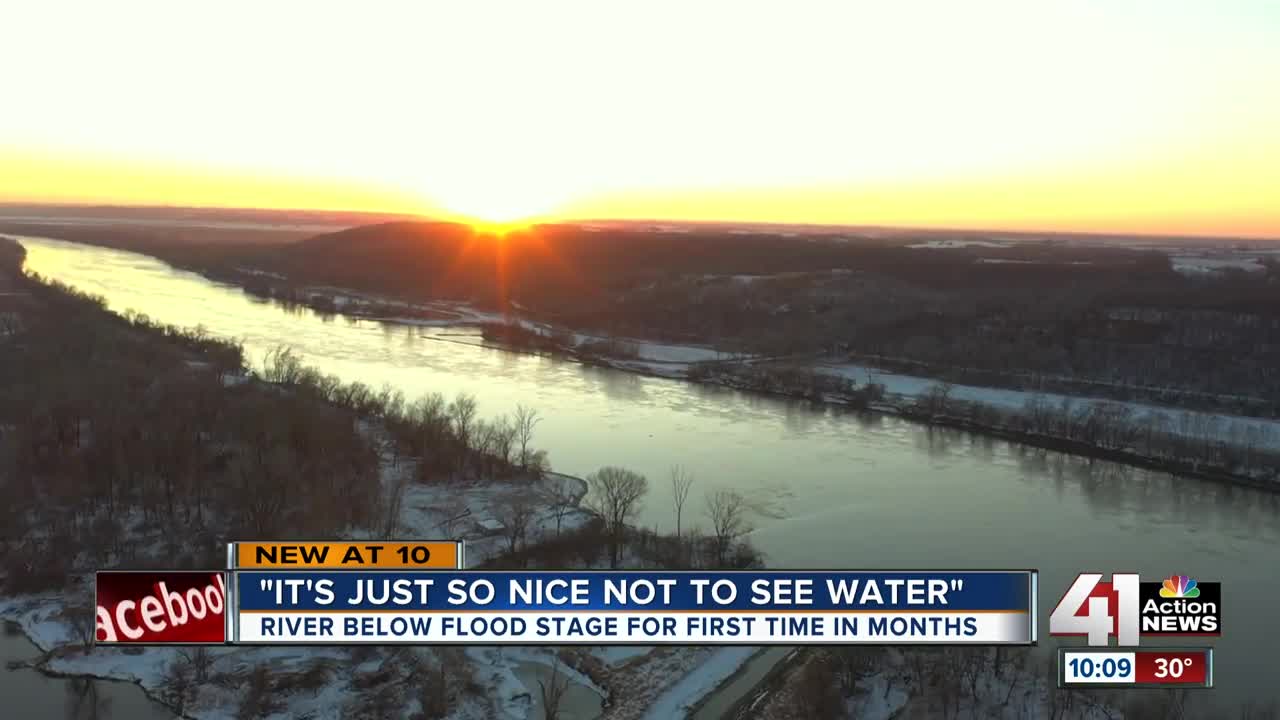 The Kansas City District of the U.S. Army Corps of Engineers reported this week that the Missouri River has fallen below flood stage for the first time in 279 days, marking an end to the longest declared flooding event in district history. 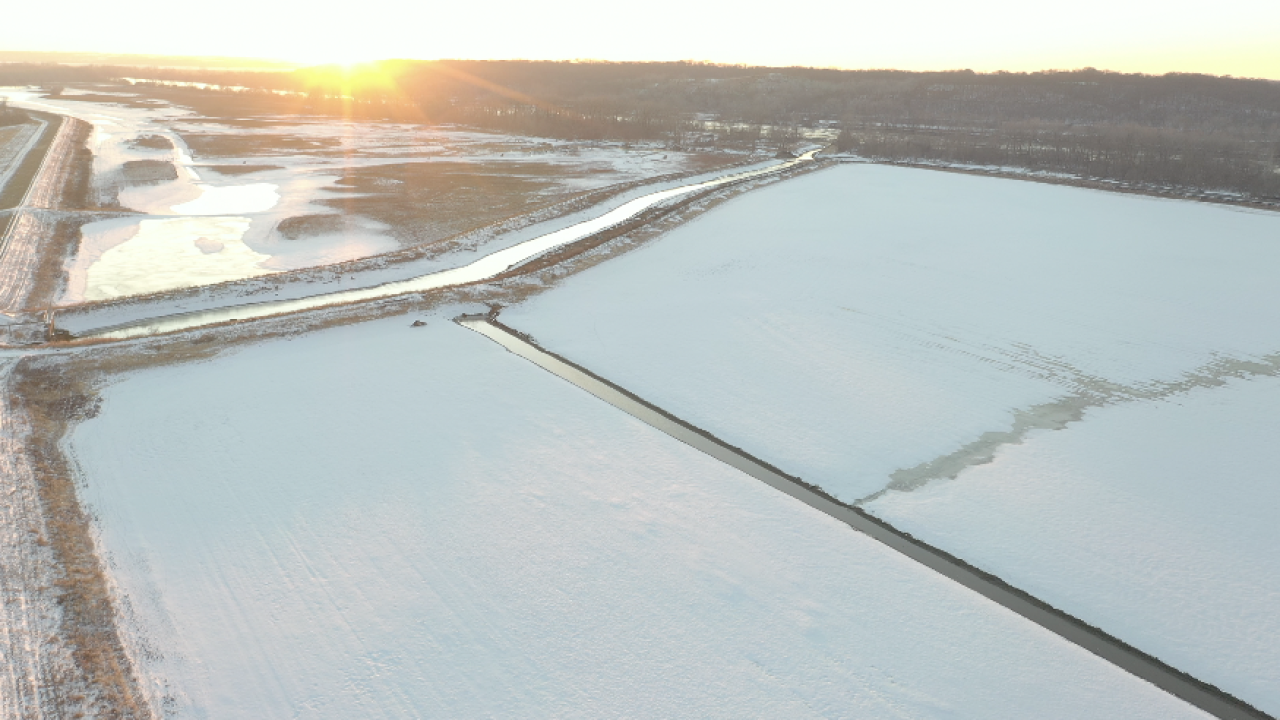 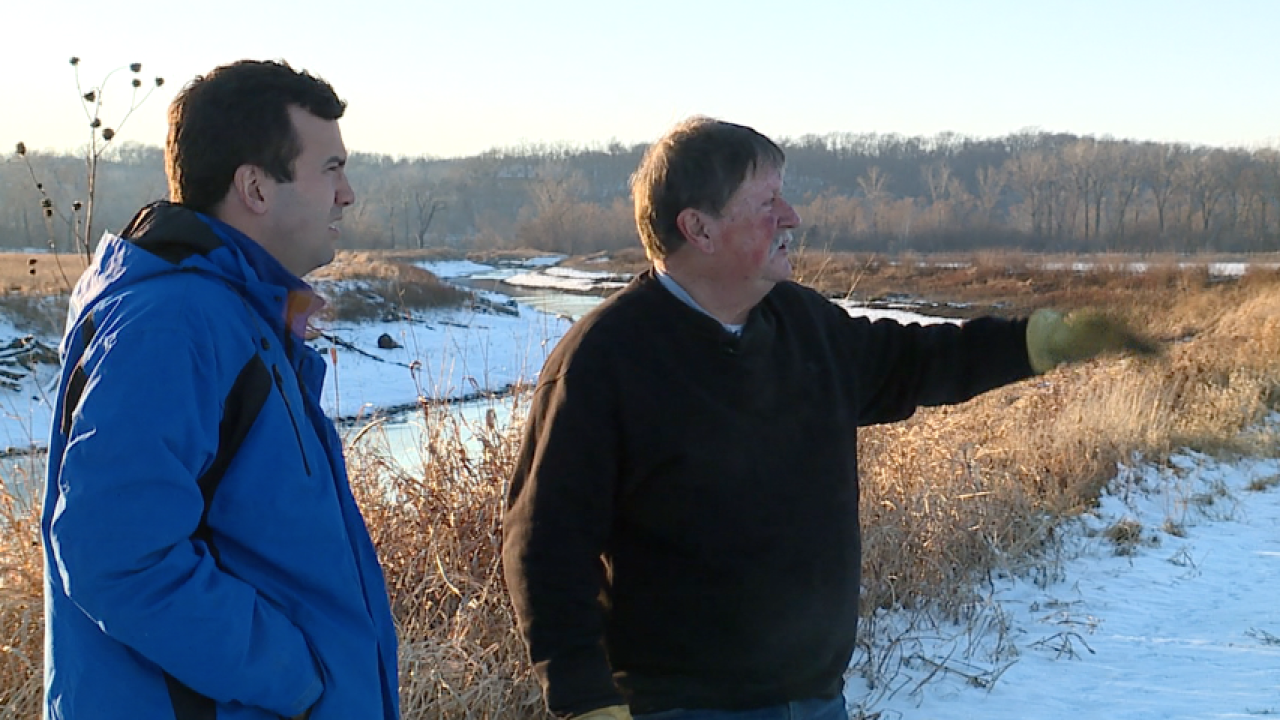 RUSHVILLE, Mo. — The Kansas City District of the U.S. Army Corps of Engineers reported this week that the Missouri River has fallen below flood stage for the first time in 279 days, marking an end to the longest declared flooding event in district history.

The river reached flood stage March 13 and its devastating impacts affected farms and towns across the area.

For Jeffrey Gaskill, a corn and soybean farmer, the conditions meant planting only one- third of his crop this year.

“It was a year to forget,” he said. “That’s probably the best way to put it.”

41 Action News first spoke to Gaskill in June when 400 acres of his farmland were under feet of water. That same land Wednesday was now covered by snow.

“The duration is still tough to believe,” he said. “It just never ended.”

A pump, which was used to get rid of thousands of gallons of water from his field every minute, sat idle while a water line several feet above the ground could be seen on a nearby wall.

“Literally, we turned that pump off about two weeks ago,” Gaskill said. “It’s just so nice to not see water. That’s the nicest thing.”

For Gaskill and many other farmers, the flooding wiped away a possibly productive year.

“Thank God we were able to live on the extra grain we had in storage and that was enough income,” he said. “We just need to manage this river a little differently.”

With the historic flood now officially declared over, the Army Corps of Engineers said the focus would entirely be on repairing the damaged levee systems.

“If things go perfectly, we could see some repair being completed by August or September of next year,” emergency management specialist Mike Dulin said. “The thing we’re facing right now is, even though the water on the river is down, the flood plain is still saturated.”

Water from melting snow up north greatly contributed to the flooding this year, so Dulin said Wednesday that makes predicting a 2020 forecast tough.

“How that scenario plays out is too early to tell, but we’ll be watching it closely throughout the winter,” he said. “In February, when we have a better idea of what that snowpack in the upper basin looks like, we’ll be able to make that determination.”

Moving forward, Gaskill hopes for better days on the horizon.

“I’m just hoping that it’ll all calm down and we’ll have a good year next year,” he said.