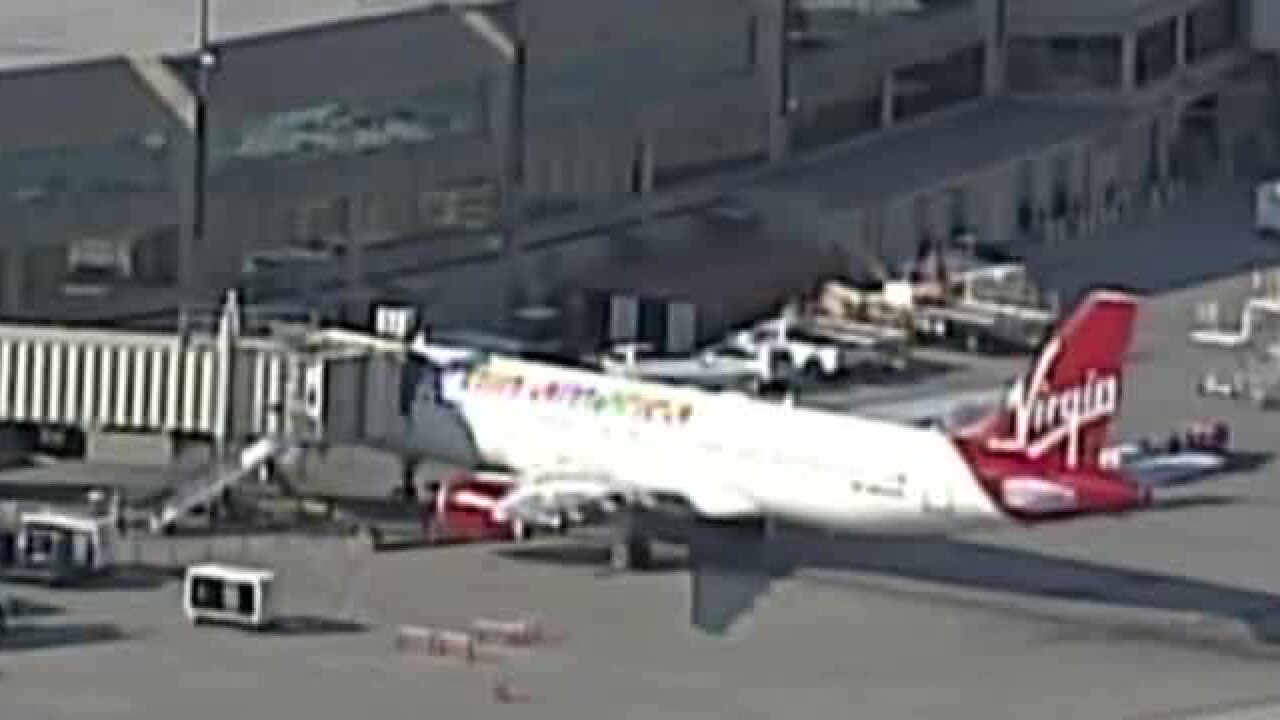 KANSAS CITY, Mo. – An Alaska Airlines flight from Washington’s Dulles airport to Los Angeles diverted to Kansas City International Airport Monday after an odor was detected in the cabin.

Flight 1097, an Airbus A320, took off from Dulles airport around 3 p.m. en route to Los Angeles Airport.

Flight monitoring service FlightAware.com shows the flight heading westbound over Kansas City when it apparently encountered a problem and circled back toward Kansas City.

The flight had 150 people on board. Three passengers requested a medical evaluation. They were checked out by medical staff at the jetway and released.

The aircraft has been removed from service and is being inspected by maintenance.

Although owned and operated by Alaska Airlines, the plane itself is still painted in Virgin America livery.