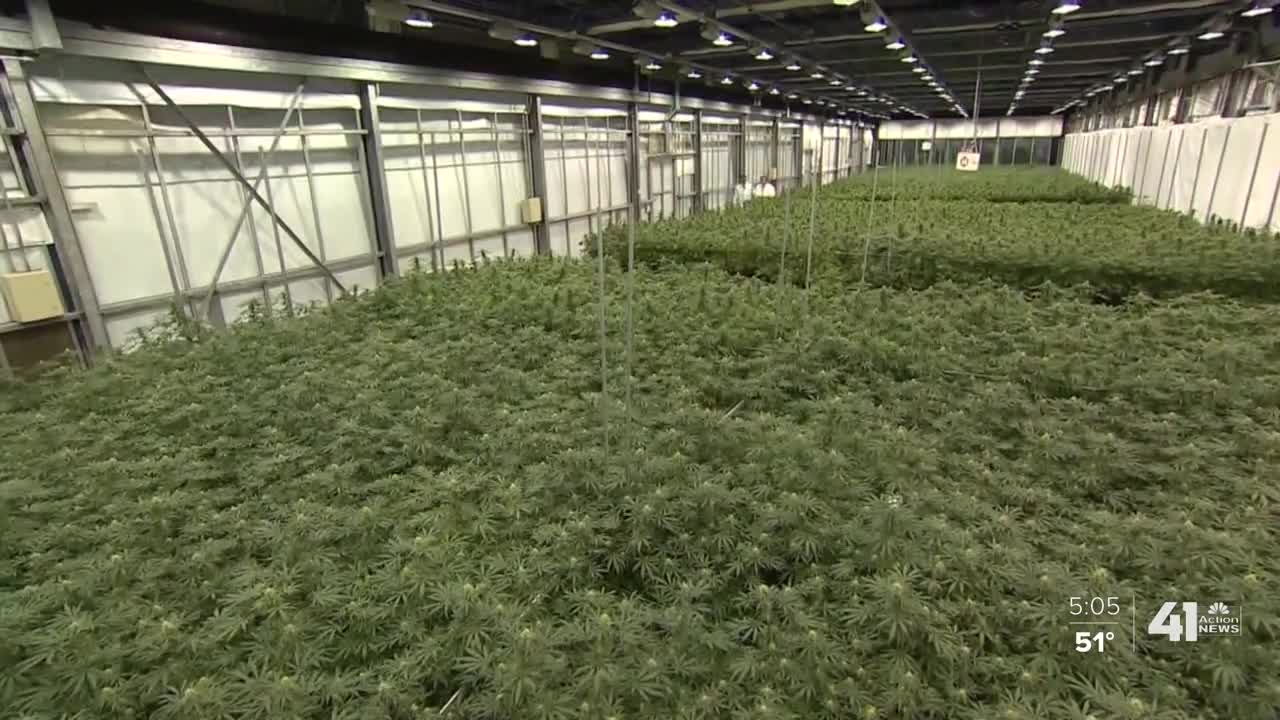 An amendment, if passed, would lift the cap on Missouri medical marijuana licenses, essentially allowing anyone to secure a license if they meet state standards. KANSAS CITY, Mo. — If passed, an amendment would lift the cap on Missouri medical marijuana licenses, essentially allowing any business owner to secure a license if they meet minimum state requirements.

It would open up the market to more dispensaries, cultivators and manufacturers — which could mean more money flowing though the state's economy.

"We have a great opportunity in Missouri to create thousands of jobs like Colorado, California, Oregon, Washington, Alaska and Florida," said KC Stark, a local cannabis advocate and CEO of Cannabis Startup Incubator. "Embrace the farmer, embrace the opportunity. Give the Americans the right to succeed or fail."

Rep. Ben Baker, R-Neosho, is sponsoring the amendment, which comes after appeals, lawsuits and outcry from rejected applicants who say the state's blind scoring system was flawed.

It is welcome news for the cannabis community, which argued the limit violated what people voted for when they endorsed legalizing medical marijuana.

"(If we lift the caps), then we can see a robust and rapid recovery for at least one sector of our industry: farming, agriculture, home grow and holistic medicine, local stores and shops," Stark said.

Baker, the state representative, said this topic is typically not in his wheelhouse. He did not vote to legalize medical marijuana. However, he said he doesn't support government monopolies.

The special committee is looking into complaints of large, out-of-state businesses being awarded much of the licenses, conflicts of interest, and changes to state criteria mid-rollout.

By the time many smaller businesses realized the state would award more points to businesses in low-income areas, they had already secured leases and made plans.

Baker said lifting the cap will be one way for the state to generate more revenue after taking an economic hit due to the coronavirus pandemic.

"It'll be better in a lot of ways. It drives costs down and it helps to suppress the black market," Baker said. "And especially in a time when people are scrambling for jobs, it's a job creator."

Plus, Baker said he's in favor of a revenue designated for veterans that is projected to be between $15 million and $18 million.

But the amendment could be too little, too late for many hopeful business owners who are already out thousands of dollars.

The amendment is attached to Senate Bill 600 and Senate Bill 580, along with many other amendments, and it's uncertain if lawmakers will be able to vote on either before the legislative session ends on Friday.

The Department of Health and Senior Services, which oversees the state's medical marijuana program, did not respond to a request for comment.