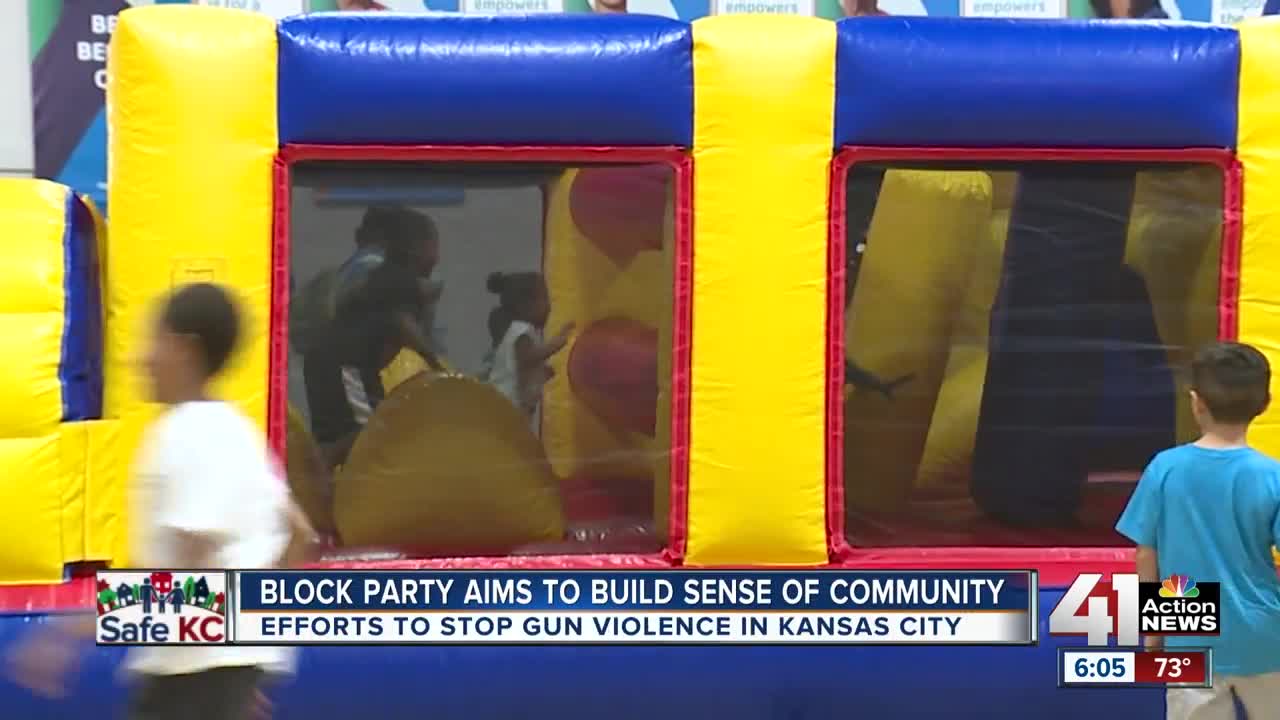 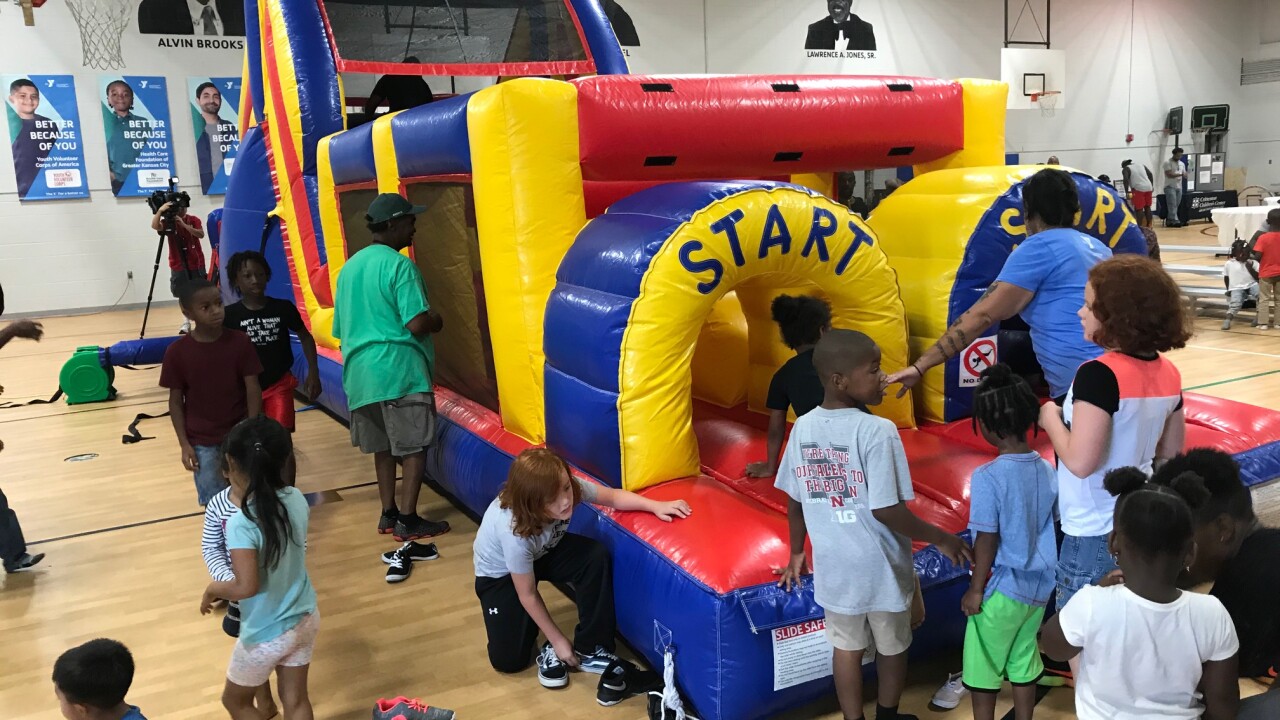 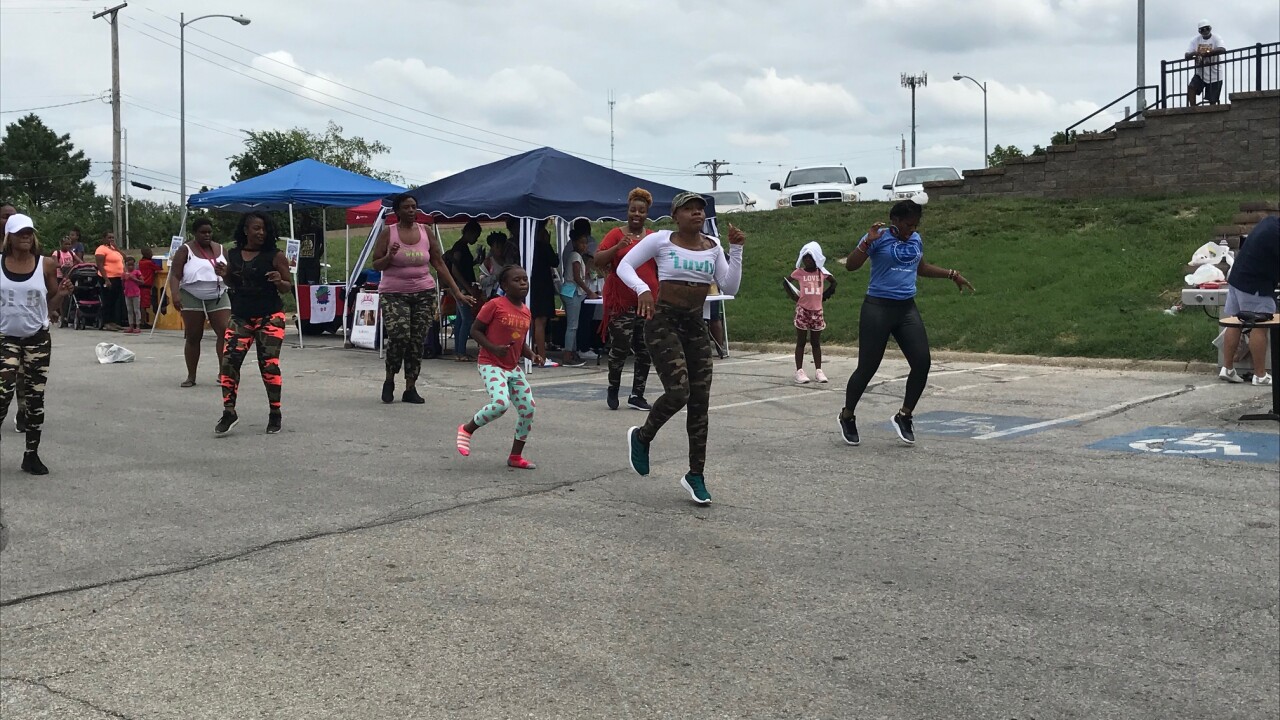 KANSAS CITY, Mo. — It was a packed house at the Linwood YMCA on Saturday for a back to school block party.

From food to a big bounce house, dozens of kids, their parents and vendors spread across the gym floor.

"The purpose of this event is to bring the community out, fellowship together, have fun and also some very important resources," DiAnna Saffold, organizer of the block party said.

The hope was to build a sense of community with one another and prevent gun violence.

"If we have a community and everyone knows each other, we're less likely to just want to kill each other, if we have a disagreement we'll just talk about it," Terrion Hudson, who attended the event said.

Hudson and Angelique Wright's sister, Anjanique Wright, was shot and killed outside of a basketball game at Central Academy in February.

Now, they want to pass the message on that violence is not the answer.

"It starts with the youth, if we are seeing a lot of death going on, it traumatizes us and some people are going out to get revenge instead of taking it to positive energy like we are," Wright said.

Nearly a third of the suspects in those crimes are 24 years old or younger.

Those statistics worry some parents raising their children in the community.

"It's actually unfortunate, because it's really sad, I hurt for the mothers out there that go through this pain," Paula Jackson, who attended the block party said.

It's pain that Jackson never wants to feel as a mother, wanting her kids to have a safe life in the community.

"Teaching them to do something positive instead of looking to the streets to start crimes, but they have something to do, something to look forward, someway to make money legally starting very young," Jackson added.

Many of those homicides are still unsolved, if you have any information, you are urged to call the TIPS Hotline at 816-474-TIPS.