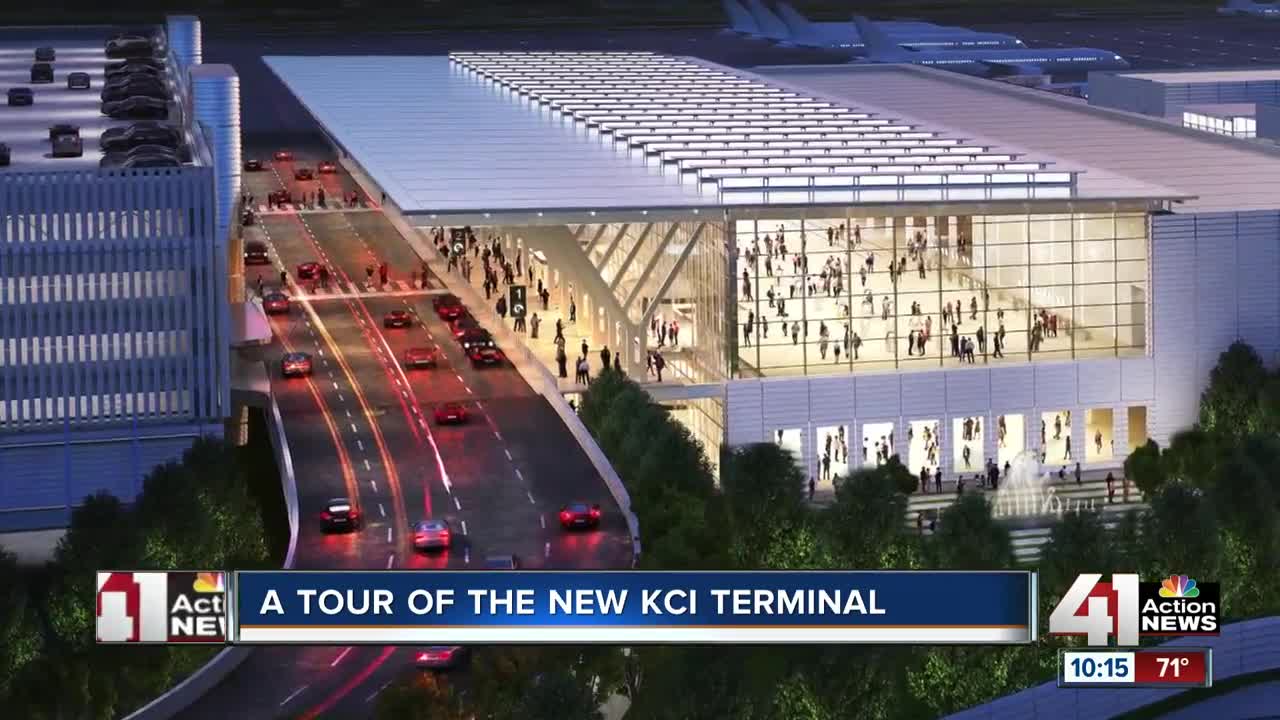 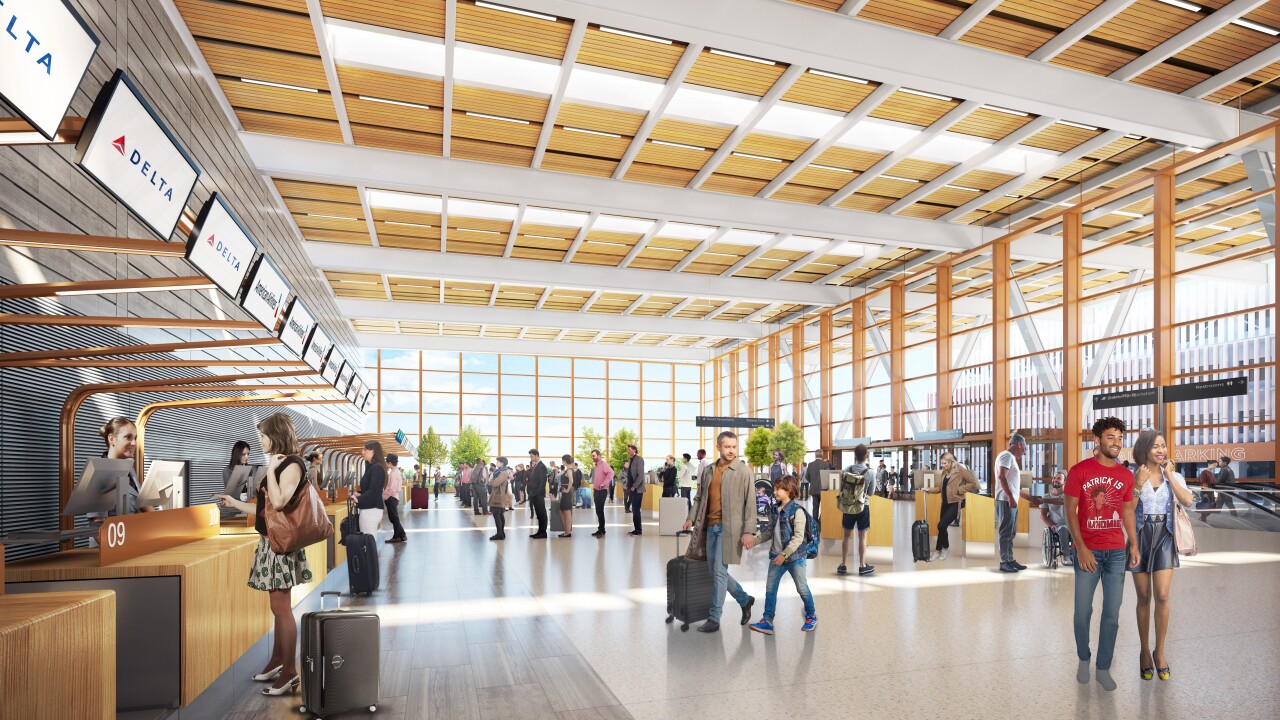 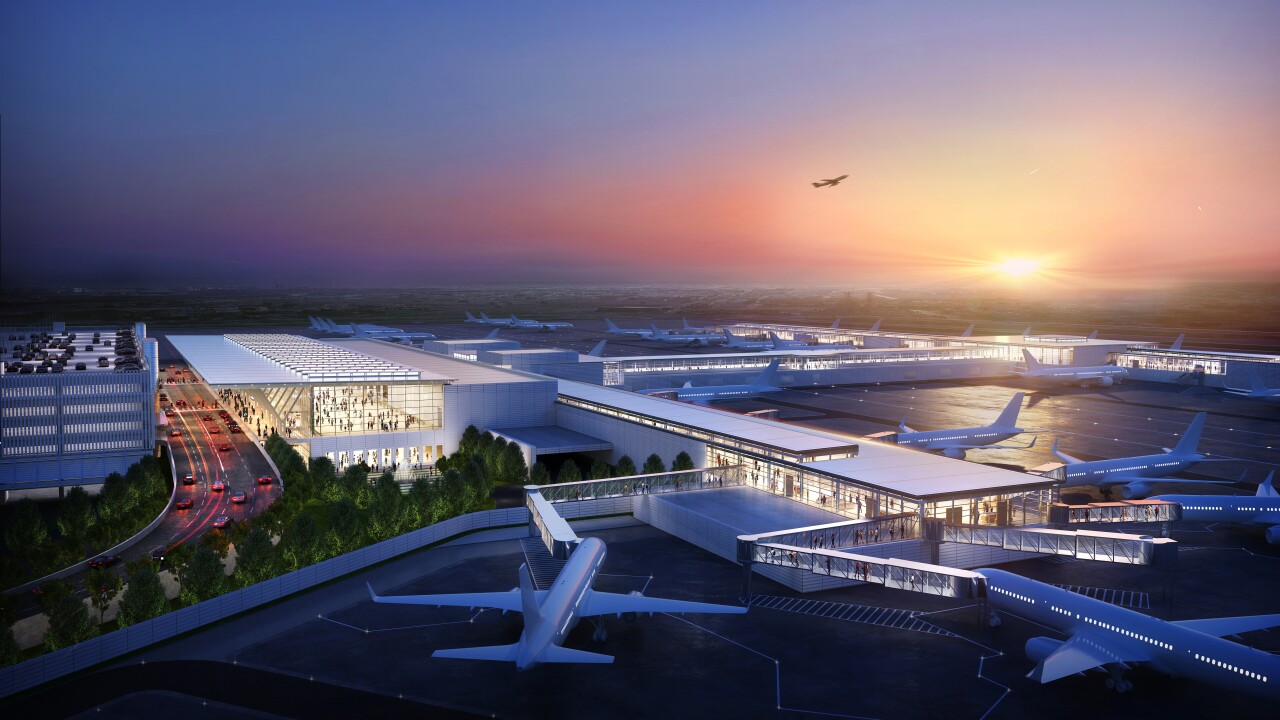 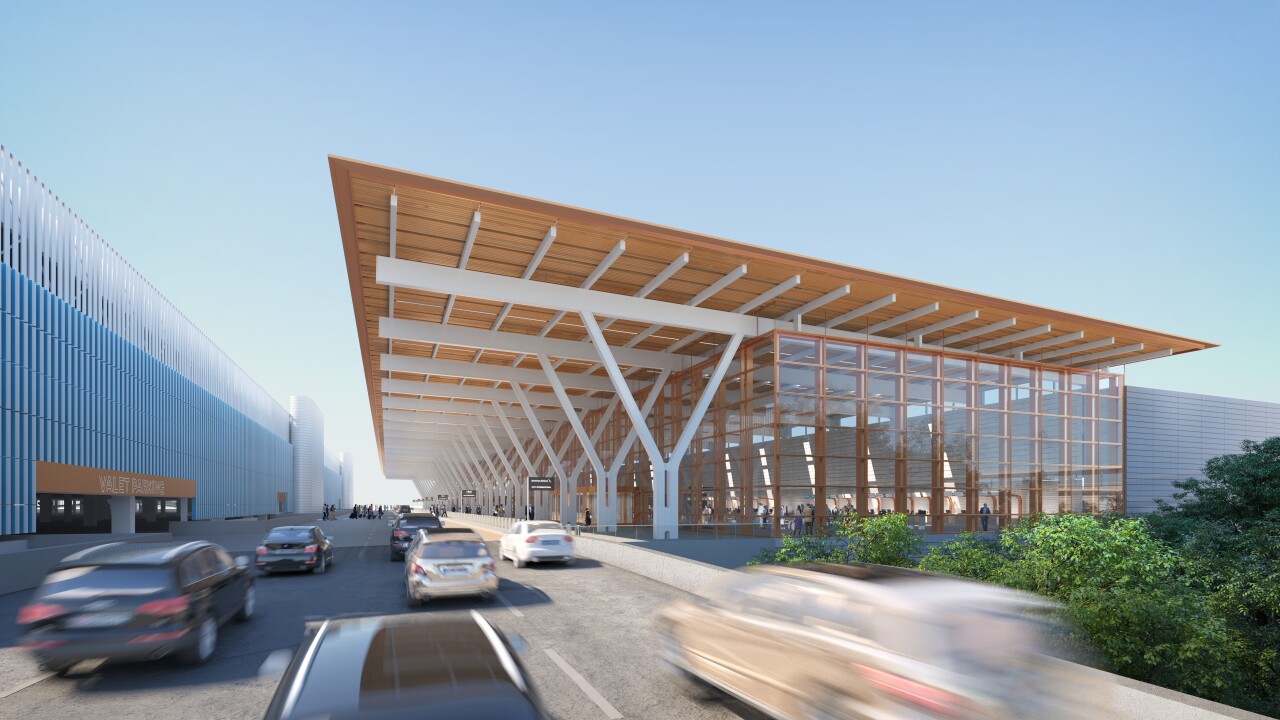 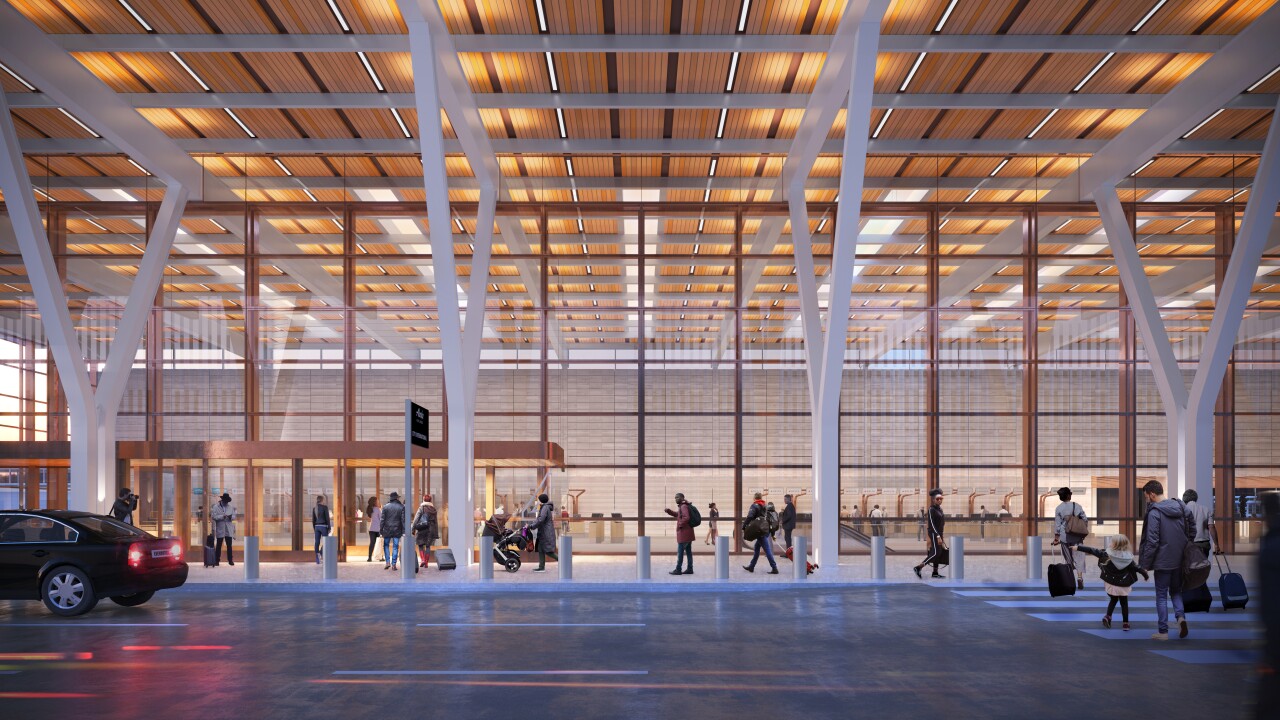 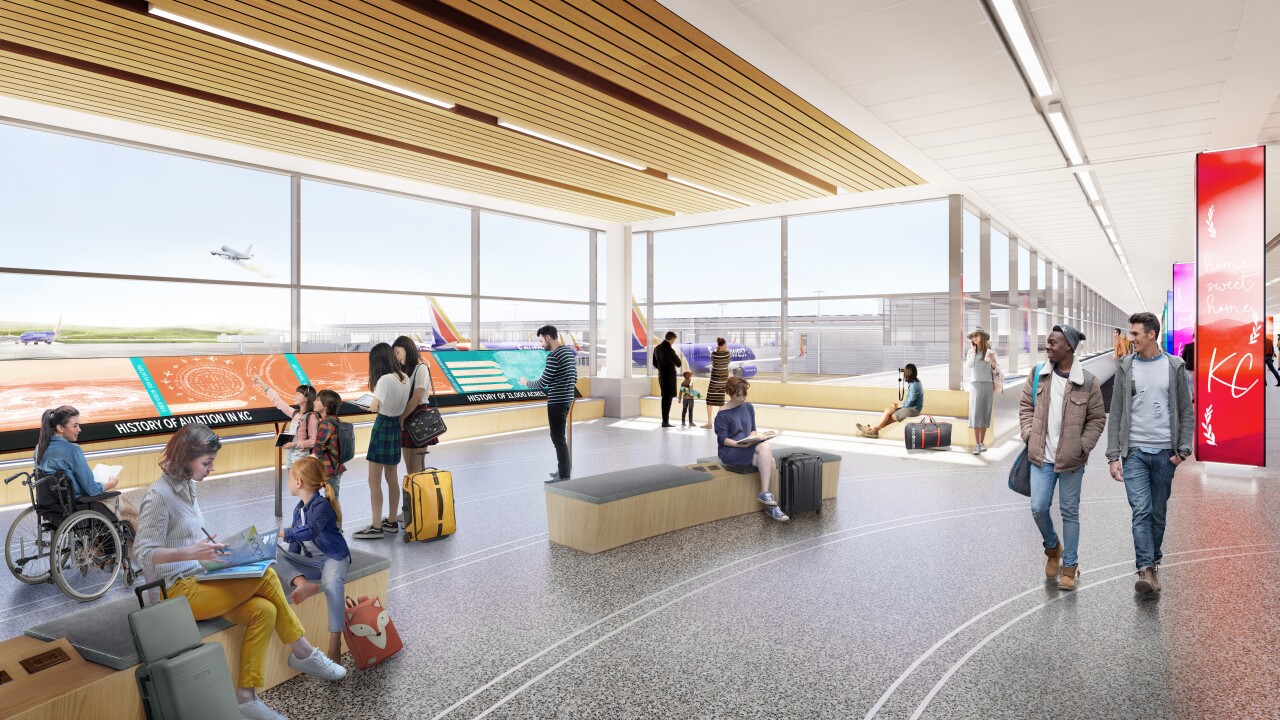 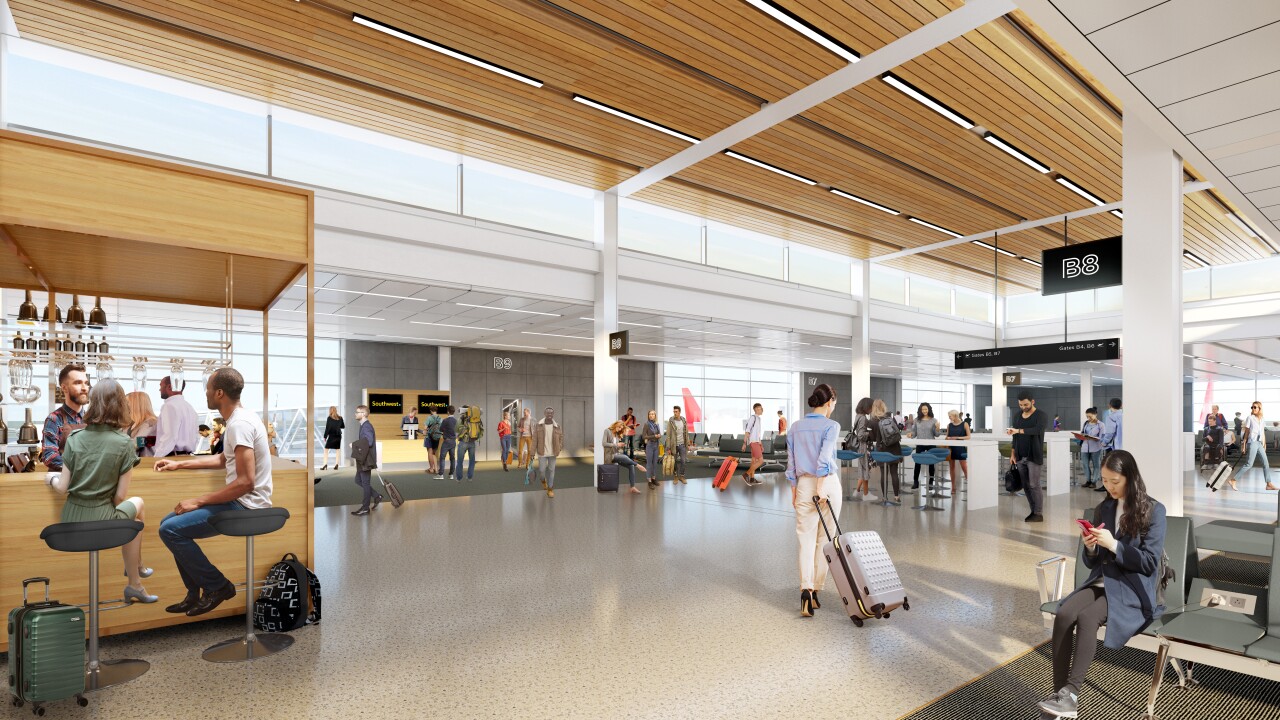 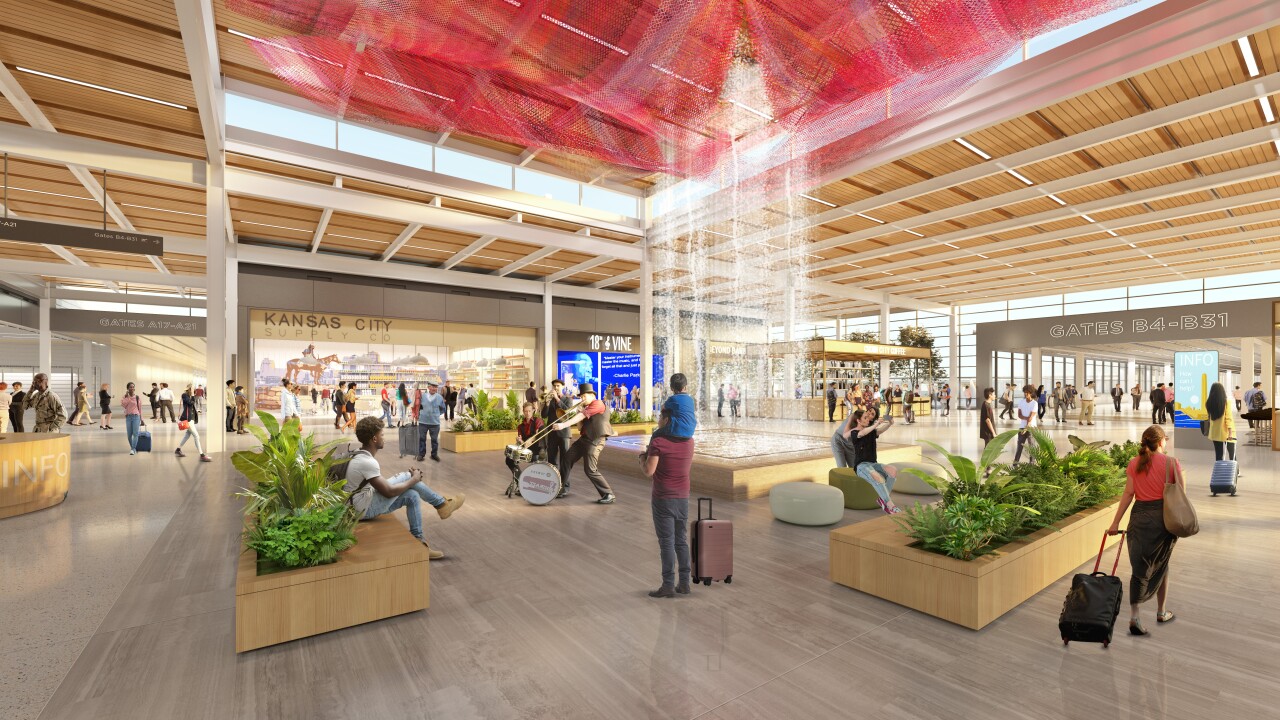 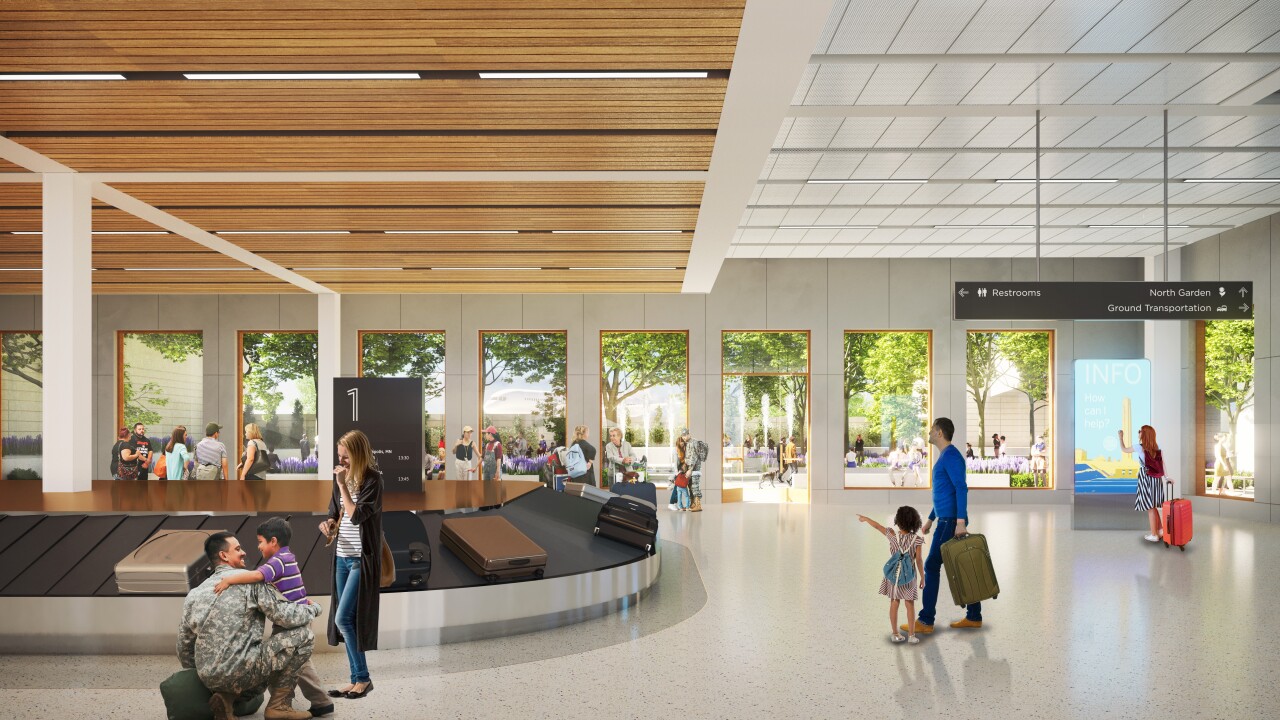 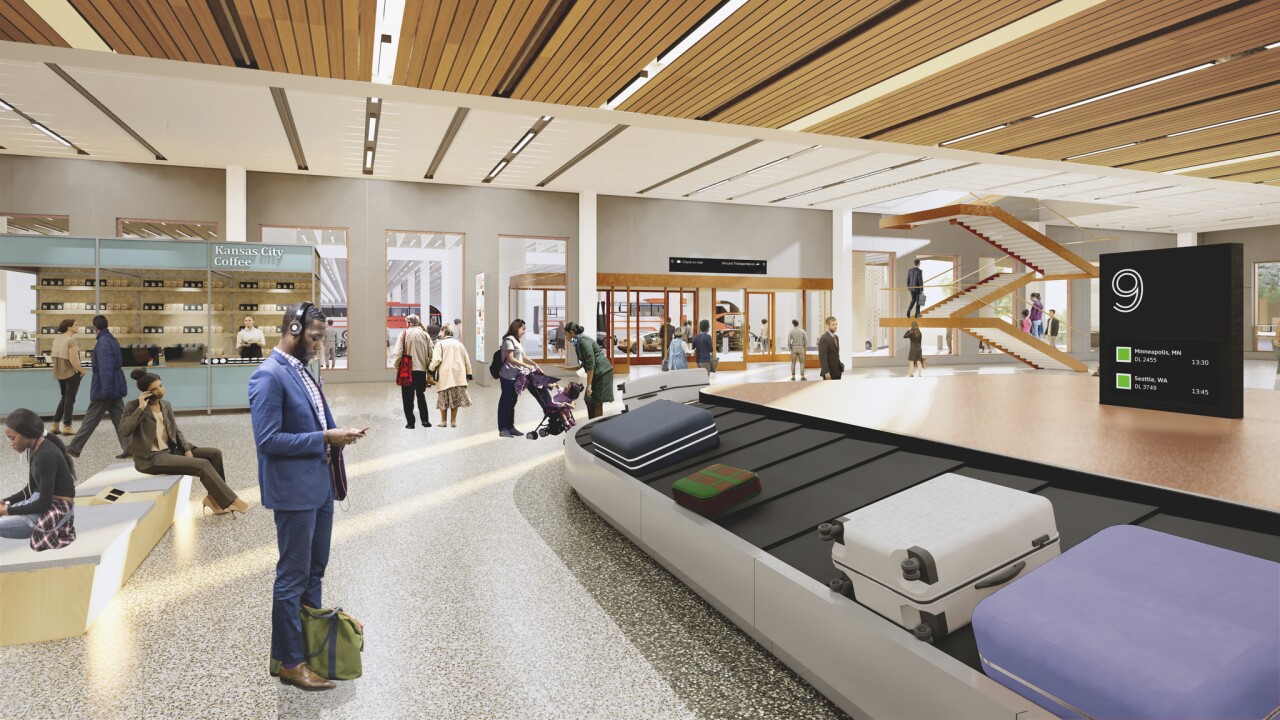 The new renderings from SOM, which can be found on an expanded BuildKCI.com website, include depictions of the airport’s exterior, retail shopping area, check-in area, observation area and baggage claim.

[GALLERY: Here's a sneak peek at the new KCI]

The proposed 1 million-square-foot building is the largest infrastructure project in Kansas City history. It will include 39 gates with the ability to expand capacity to 50 gates in the future and a 6,300-space parking structure.

The terminal is expected to be completed where the old Terminal A building once stood by early 2023 ahead of the NFL Draft, which will come to Kansas City in April 2023.

More than 60 local firms, including 41 minority- or women-owned businesses, will participate in the project, which is expected to generate up to 5,000 construction-related jobs, according to a release from KCI.

The design will incorporate the “use of materials that are warm, welcoming, and unique to Kansas City — spaces that reflect our city's hospitality and culture,” KCI said in a release.

That includes natural wood ceilings and natural stone walls, including the use of stone similar to the stone at Union Station.

The design also will include fountains — obviously! — and an interactive display that tells the history of Kansas City and the airport site.

Updates about the four-year project’s progress can be found on the BuildKCI website.

“We created BuildKCI.com and Build KCI social media channels to be the official places to follow along to get up-to-date information and images of the project from start in 2019 to finish in 2023,” Director of Aviation Pat Klein said. “Those interested can visit and follow, or sign up for email updates and have the information delivered directly to them.”