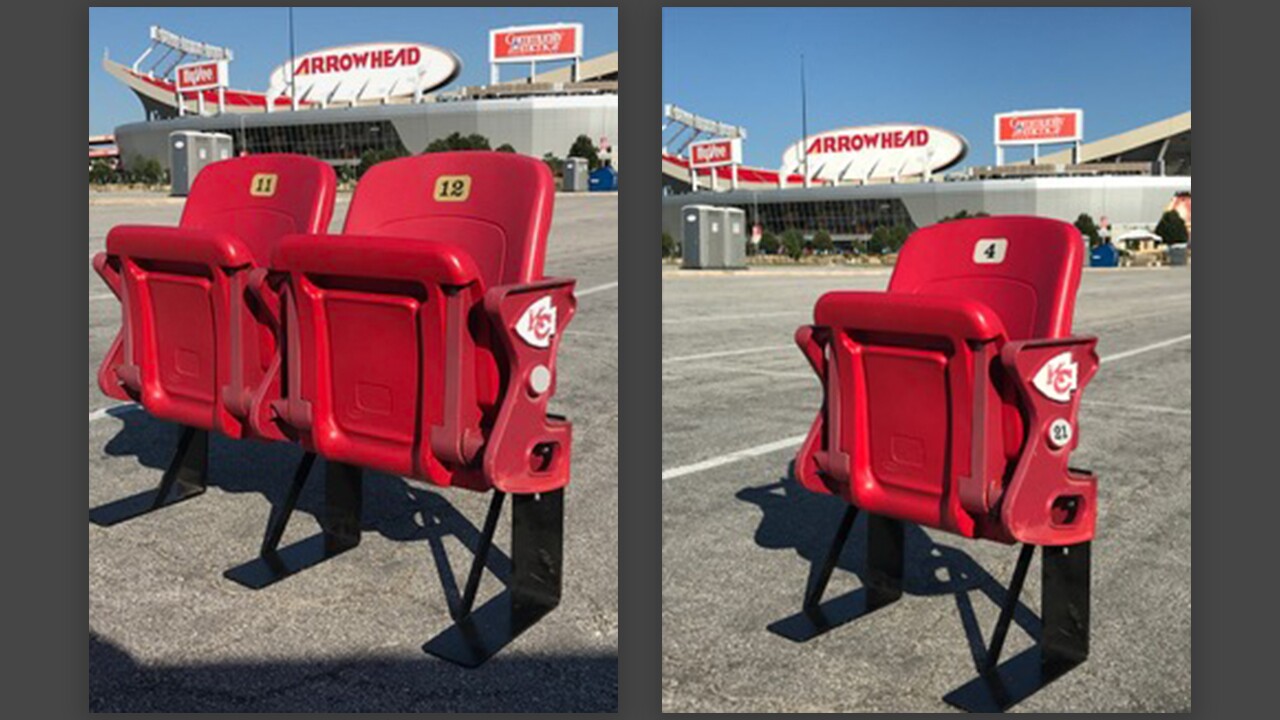 A limited supply of seats taken from the upper deck went on sale at 6 a.m.

Jackson County residents will have first access to the sale at www.arrowheadseatsale.com. After 48 hours, the sale will open to the public at 6 a.m. on Sunday.

The county partnered with Schneider Industries, Inc. to sell the 20-year-old seats that saw nearly 170 games at Arrowhead.

Now, they’re perfect for a man cave, garden or office, the company said in a news release.

“Countless memories have been made at Arrowhead Stadium and what better time than now to own a piece of that special history," Jackson County Executive Frank White, Jr. said in the release.

A portion of the proceeds will go to Jackson County Parks + Rec to upgrade parks and playgrounds.

Buyers have the option of a pair of connected seats or a single seat, which will include stand-up brackets.

Schneider Industries, Inc. said it expects the seats to sell quickly with such a limited supply available.

Though around 30,000 seats were torn out of Arrowhead, only about 2,500 of those were salvageable for this sale.