UPDATE: Mezzanine in Terminal B back open after closing for bed bugs 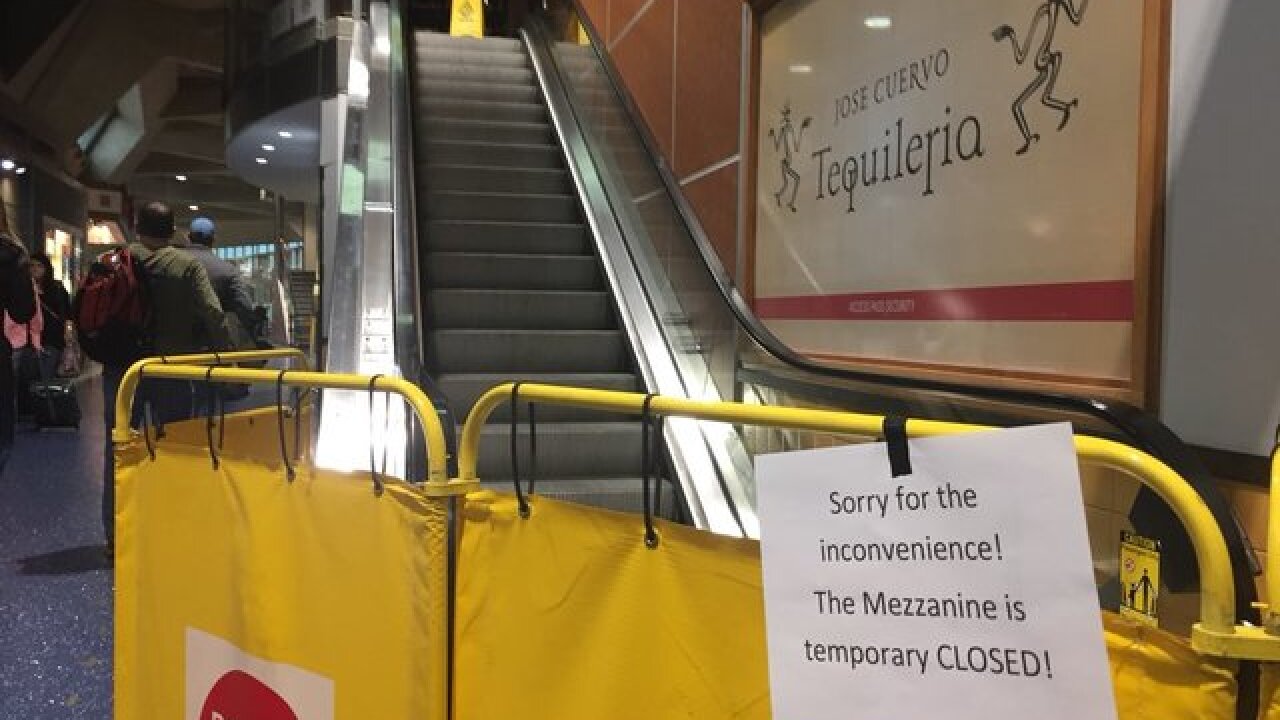 KANSAS CITY, Mo. – Kansas City International Airport officials temporarily shut down the food court in Terminal B on Thursday after bed bugs were found on a chair. The food court reopened just before 6 a.m. Friday.

The food court is home to Burger King, Starbucks, California Pizza Kitchen and a bar.

A spokesperson for the airport said while the bed bugs were found in the food court’s seating area, they did not spread to any of the kitchens.

With barriers and signs up at the food court to keep travelers away, the closure brought a big inconvenience for some travelers.

“It’s a bummer because I’m not sure if there’s anything else open,” explained Michelle Micsko, who was waiting to fly to Arizona to tour colleges with her daughter. “There’s really nothing else except snacks.”

Others, like nurse Jeanie Osborn, said they were hoping to relax at the food court.

“For me, I’m going to be here for three hours so I need a place to park my behind,” explained Osborn, who was traveling to Los Angeles for a trip. “I’m glad they caught it.”

The closure on Thursday highlighted the lack of places to eat inside KCI.

While the new terminal expected to open in 2021 will feature more dining options, the closure caught some travelers new to KCI off guard.

“There’s nothing to eat in the whole airport and I’m really confused,” explained Dadra Davis, who was traveling to Milwaukee. “I’m probably going to get some snacks from the little snack store here and just wait until I get home to get some dinner.”

The origin of the bed bugs remains unknown.