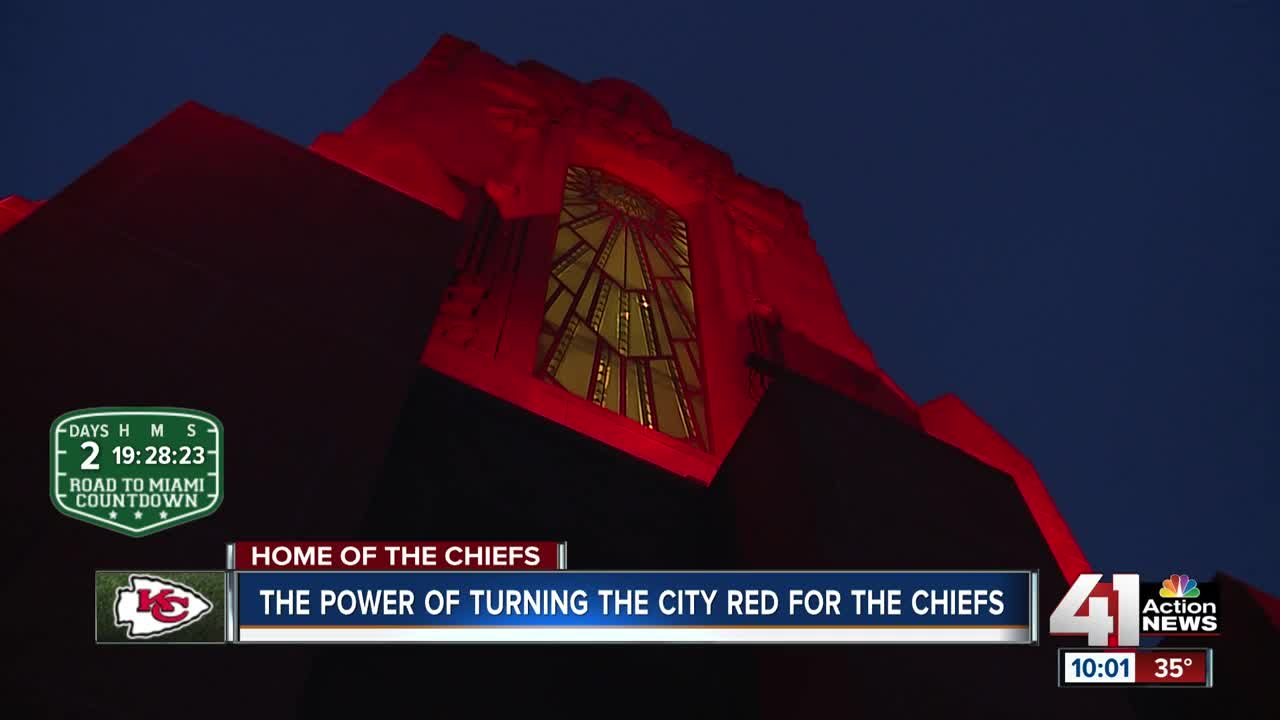 Ahead of the Chiefs' first Super Bowl appearance in 50 years Sunday, the Kansas City skyline and other parts of the metro are lit up in red to show support for the hometown team. 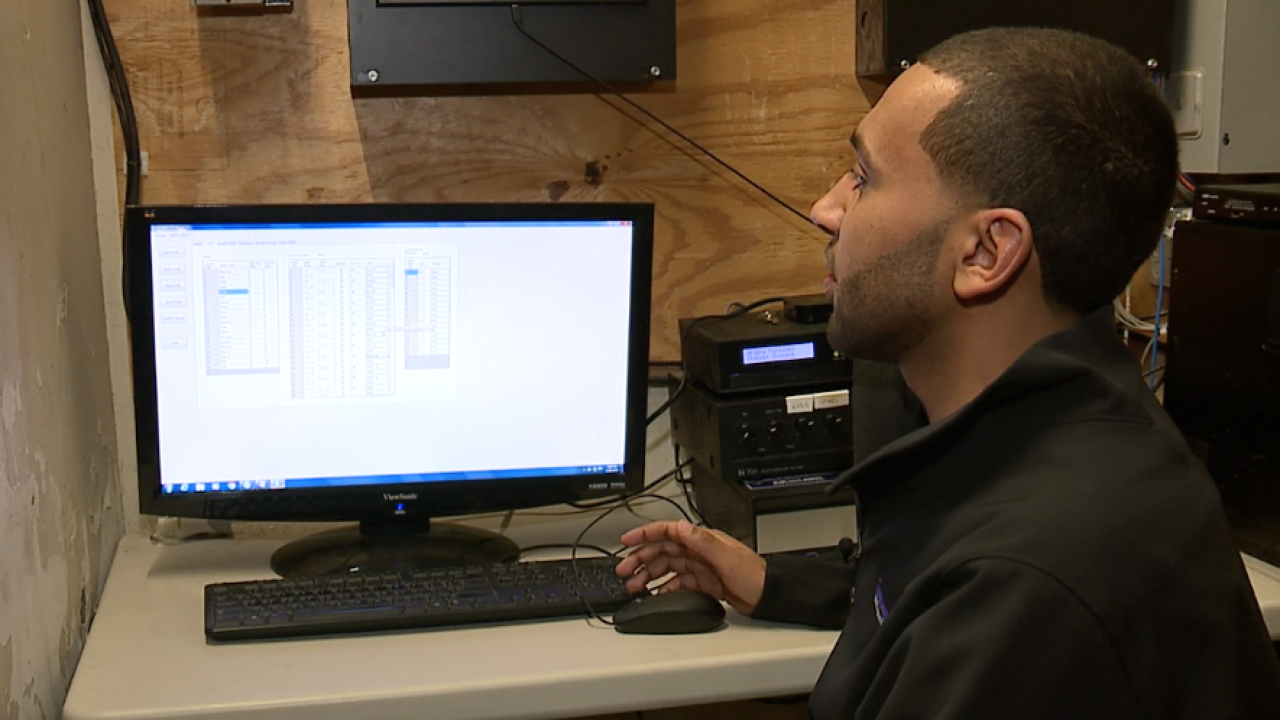 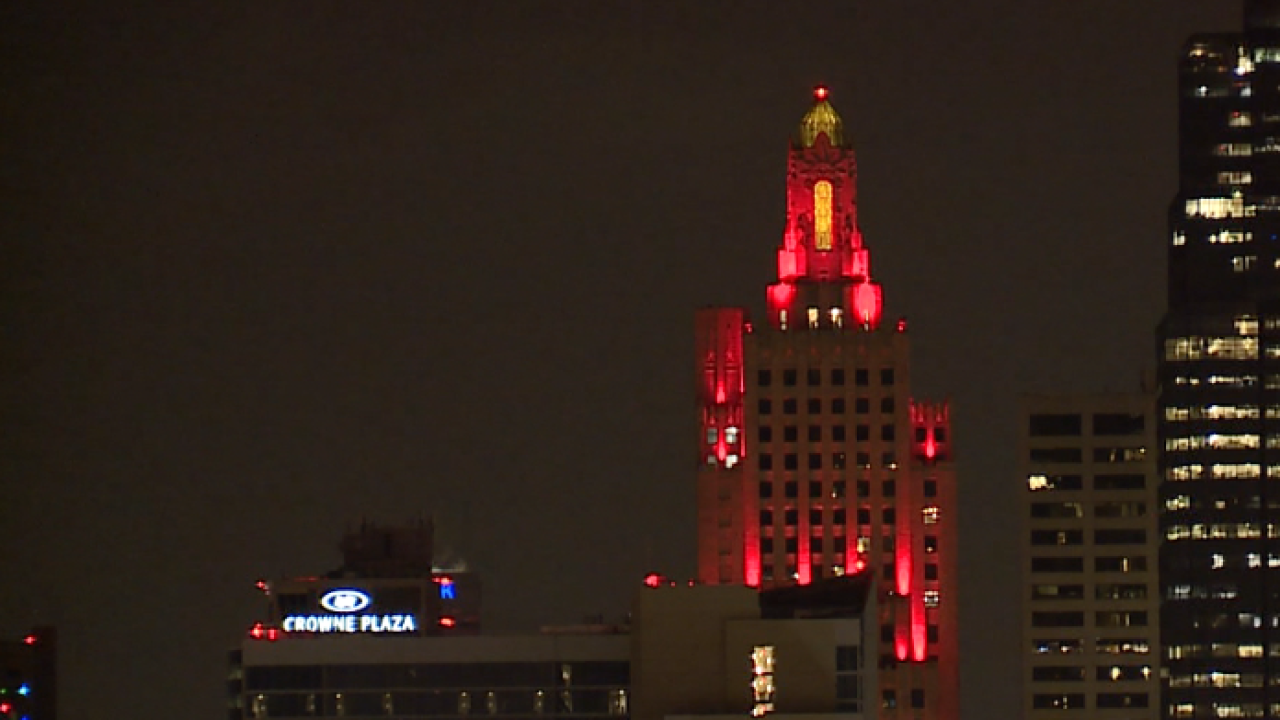 KANSAS CITY, Mo. — Ahead of the Chiefs' first Super Bowl appearance in 50 years Sunday, the Kansas City skyline and other parts of the metro are lit up in red to show support for the hometown team.

Inside the Power and Light building downtown, a display featuring 150 lights is organized out of a tiny room on the 31st floor.

Manager Chris Woods, who grew up in the KC area and is a lifelong Chiefs fan, helped set the colors ahead of Super Bowl LIV against the 49ers.

“We always make sure every Friday and every Sunday the building is red,” he said. “It’s really exciting to be able to control something that’s one of the biggest and most visible things in the city.”

The software allows Woods to choose from many variations of colors to assemble displays on five different floors outside the building.

“We have 16 different variations of just light red,” Woods said as he scrolled through the options for the lighting system.

The Power and Light building was only one of a number of buildings downtown lit up in Chiefs colors around Kansas City.

From Union Station to City Hall to the Kauffman Center for the Performing Arts and assorted apartment buildings downtown, Woods said the team spirit was easy to see across the city.

“It’s going to be so important for the city to experience a championship one more time,” he said.

Other parts of the metro have also joined in on the team spirit.

In Overland Park, one show of Chiefs pride even required a special permit from city leaders.

The light display on the City Place office building near College Boulevard and U.S. 69, which is organized by Block Real Estate Services, was unanimously approved by local leaders and features moving animation of quarterback Patrick Mahomes.

“We wanted to do something special,” Managing Principal Kenneth Block said. “I know everybody else is doing it around town, too.”

For Block, who is a lifelong Chiefs fan and will attend this year’s Super Bowl in Miami, the display served as a chance to join in on a special time in Kansas City.

“Anybody that knows Kansas City knows that it’s probably one of the best sports cities almost anywhere in the country,” he said. “A win at that Super Bowl would really do wonders for this town.”