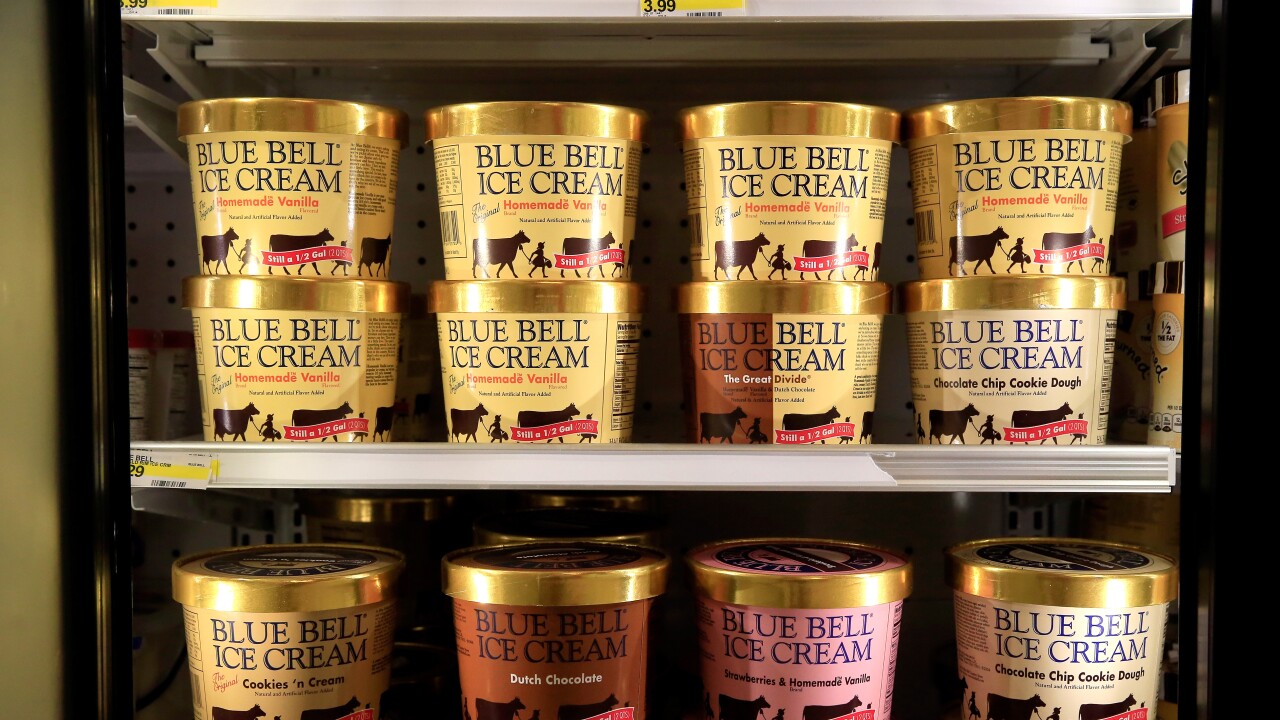 KANSAS CITY, Mo. — Today is the day ice cream lovers in Kansas City have been waiting for.

Blue Bell ice cream will be available in grocery stores in KC and surrounding areas beginning Monday, the company said.

“There have been countdowns on social media and a great deal of anticipation from ice cream fans waiting to see our products at their local stores. We are extremely thankful for the warm response from so many of them,” said Jimmy Lawhorn, vice president of sales and marketing in a news release.

Blue Bell will be sold in Hy-Vee, Walmart, Price Chopper, Dillons, and other stores.

On the Missouri side, shoppers can find it in the Kansas City metro area, as well as Sedalia and St. Joseph. On the Kansas side, customers can pick some up in the KC area, along with Topeka, Lawrence, Leavenworth and Ottawa.

Blue Bell reopened its distribution center and is currently employing 15 people. The company said it plans to bring employees in from other states to help with the opening, and that it could take up to two weeks to deliver the product to every store selling Blue Bell.

Blue Bell said it carries more than 40 flavors of ice cream in several varieties, including its most popular: Homemade Vanilla.

That flavor is celebrating its fiftieth anniversary this year, the company said.