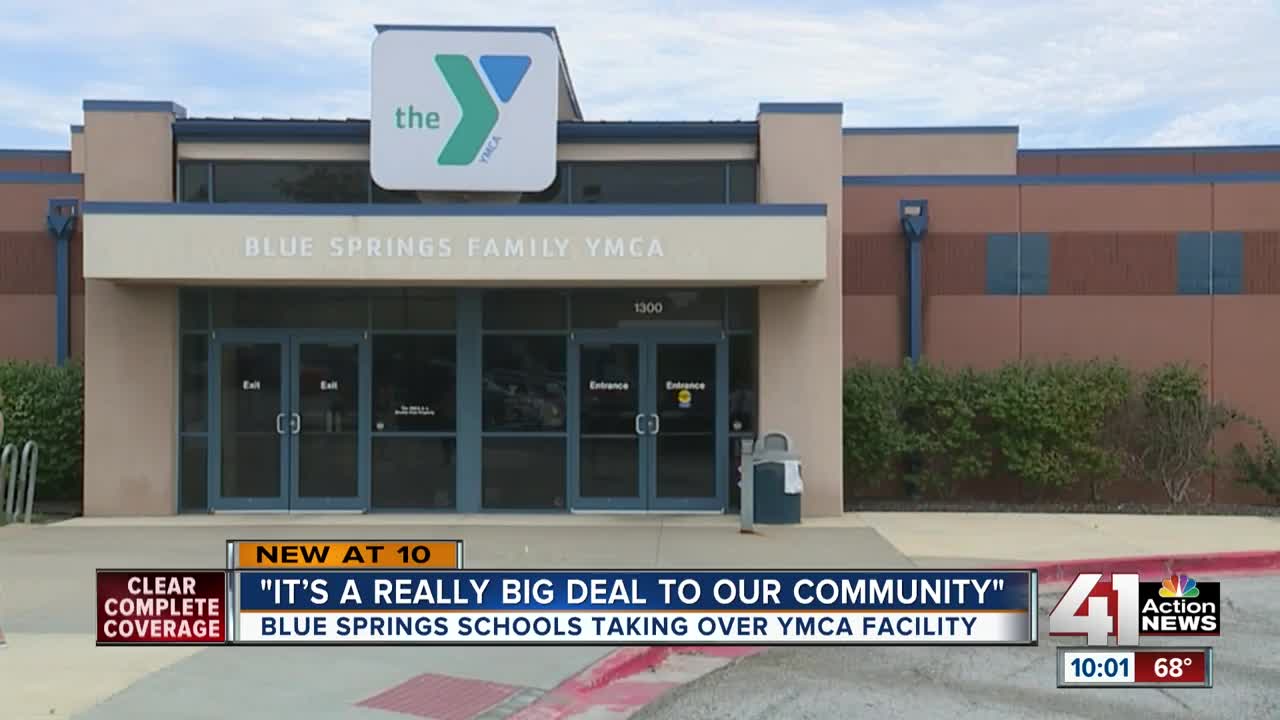 The YMCA of Greater Kansas City announced Wednesday that its location near Blue Springs South High School will close at the end of October. 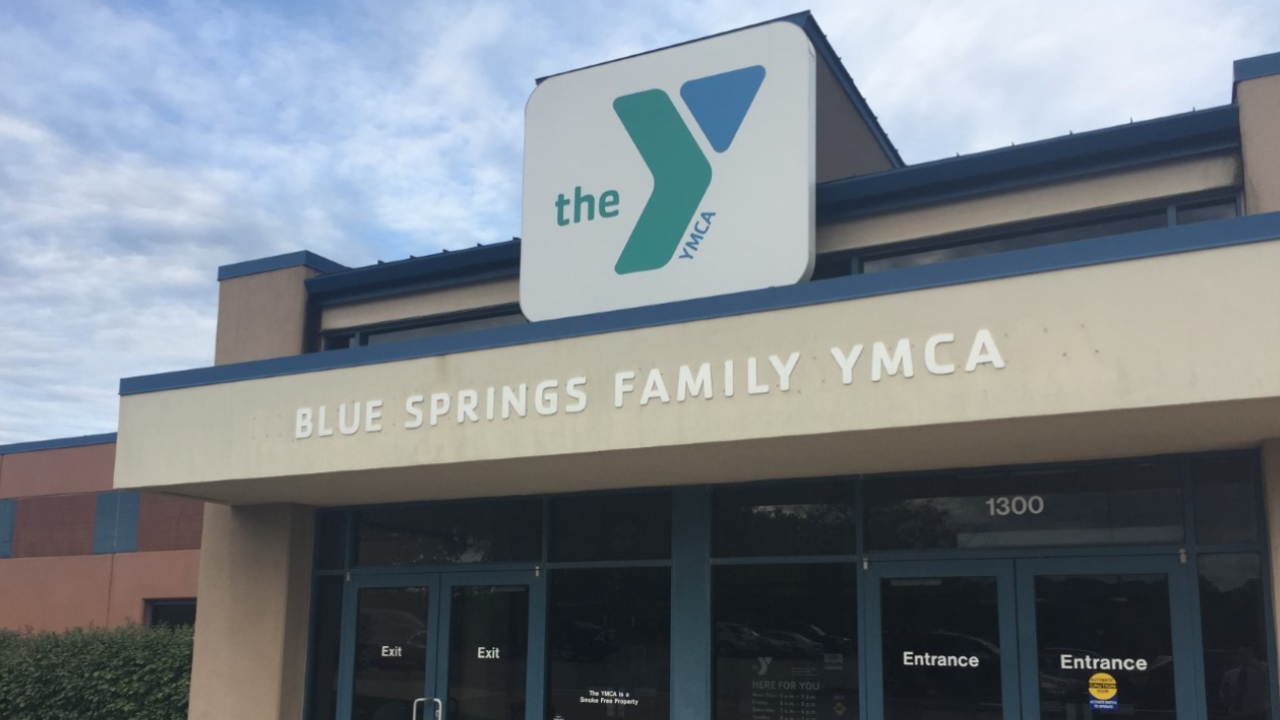 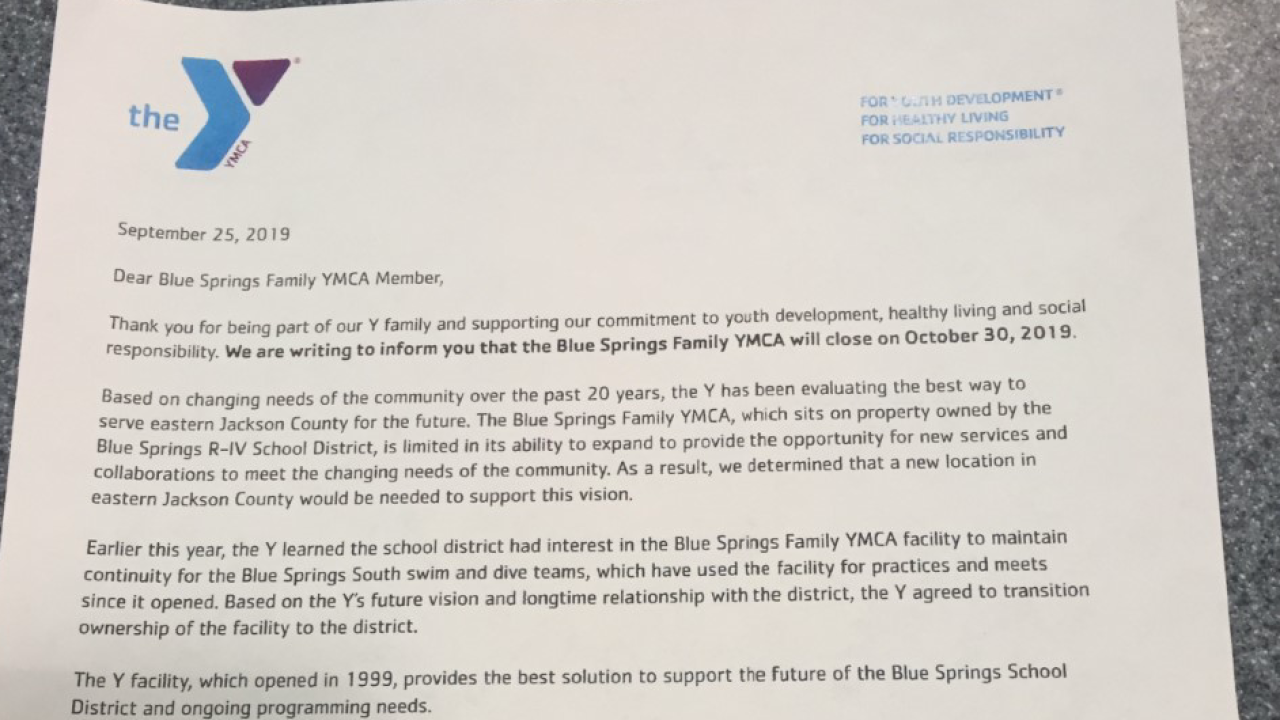 BLUE SPRINGS, Mo. — The YMCA of Greater Kansas City announced Wednesday that its location near Blue Springs South High School will close at the end of October.

The YMCA, which opened the Blue Springs facility in 1999, has served as the home for the high school’s swimming and diving team for meets and practices.

According to a statement posted to its website, the YMCA said it will seek a new location due to “the changing community and as part of a larger strategic plan to align programs and services with community needs.”

After its closure Oct. 30, the building will be run by the Blue Springs R-IV School District.

“As the Y continues to evaluate the best way to serve eastern Jackson County for the future, we understand the school district’s need to provide important programs,” President and CEO of the YMCA of Greater Kansas City John Mikos said in a statement. “Although we envisioned a future transition, the timing of this was necessary to fulfill the goals of the Y and the school district.”

The facility, which is located on district-owner property, eventually also will be used for high school gym classes and after-school athletic programs.

Additionally, the building will be used for child development courses for the school, according to the YMCA's statement.

News of the impending closure brought surprise and sadness for people who exercise and swim at the facility.

“I used to say this place is like 'Cheers,' where everybody knows your name,” longtime member Joan Peterson said. “I’m going to miss that. I don’t know how I can find another gym.”

Dani Bellomy has her reasons for disappointment because of what the YMCA meant to her.

“It means I can come here and my kids are going to be safe while I work out and have an hour to myself,” she said. “I think it’s a really big deal to our community just because there’s nothing really like the Y.”

After learning about the announcement, some members expressed concern to 41 Action News about the loss of certain community programming, including swim classes for senior citizens.

“It’ll be a loss, because it’s really helpful for arthritis to be in the pool,” member Betty Witt said.

Others brought up issues with not having another nearby location to exercise at once the YMCA closes its doors.

“I bet a lot of people are going to be crying and the bad part is there’s not another Y anywhere close,” Peterson said. “We’d have to go way downtown into the city and we’re in the suburbs out here.”

Moving forward, the YMCA said it entered into a formal agreement with Grain Valley for a feasibility study into the possibility of opening a new community center in partnership with the city.

“The Y is much more than a building,” Mikos said in a statement. “It’s a community of supporters, volunteers and associates, which allows us to continue our impact through programs while we explore the best way to serve eastern Jackson County into the future.”