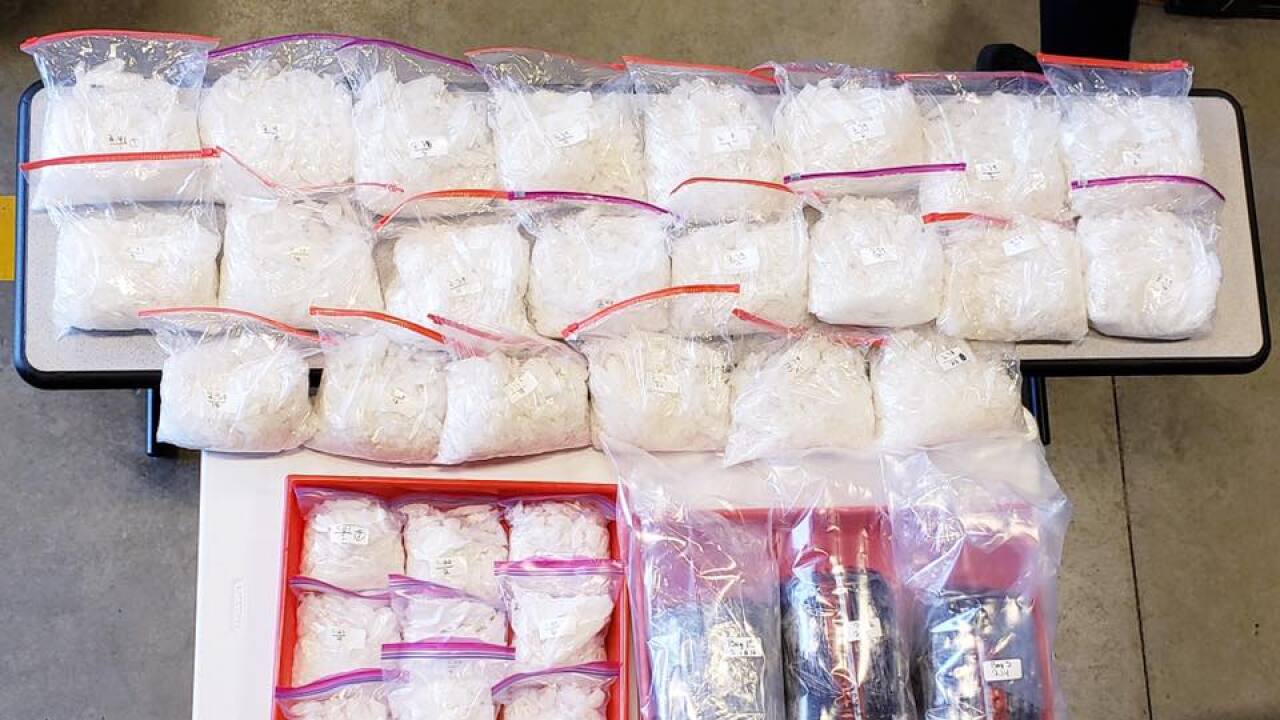 KANSAS CITY, Mo. — Officers in Bonner Springs, Kansas were at the center of a large methamphetamine bust on Thursday.

The Bonner Springs Police Department posted on its Facebook page late Thursday details of the bust, which happened Thursday afternoon along a portion of Interstate 70 that runs through the city.

It quickly became clear after the officer pulled over a vehicle that it was carrying a “substantial amount” of meth, and the officer called for back up.

After further investigation, officers located a total of nearly 75 pounds of meth and arrested the driver.