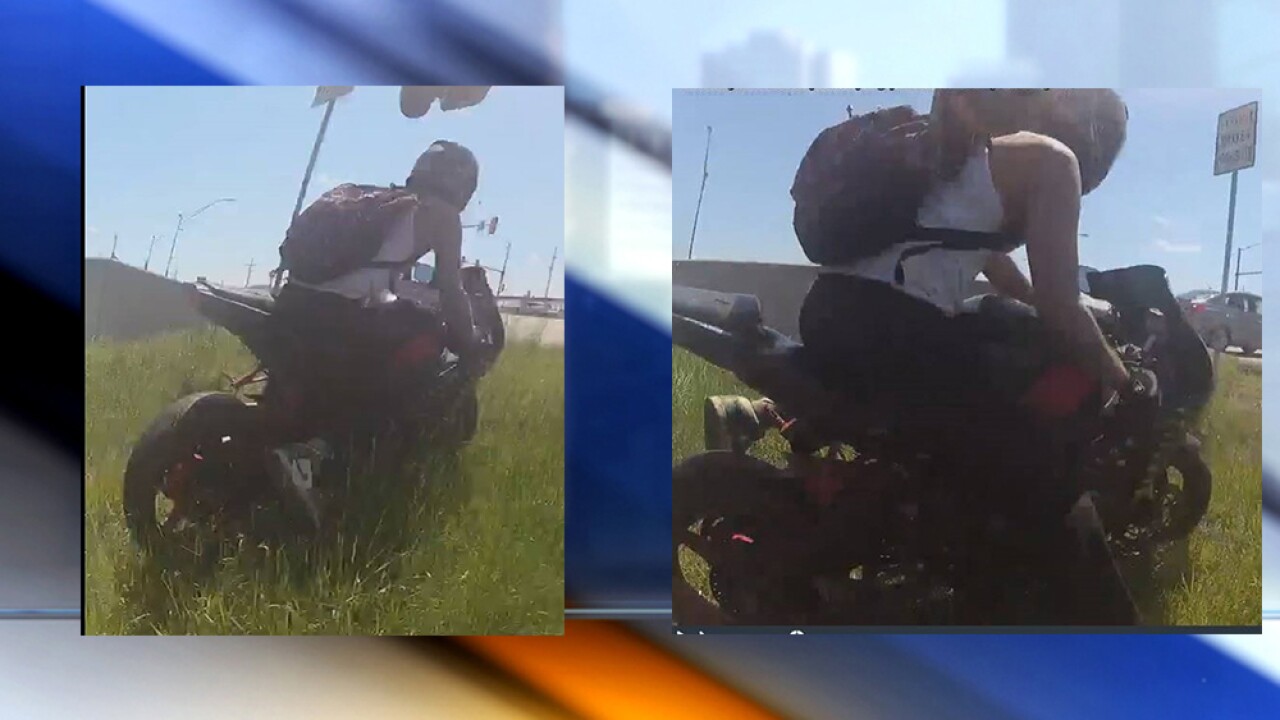 Bonner Springs police are looking for a man who allegedly struck an officer with a motorcycle and then fled.

KANSAS CITY, Mo. — Bonner Springs police are looking for a man who allegedly struck an officer with a motorcycle during a traffic stop and then fled.

The incident happened shortly before 3 p.m. Tuesday when a Bonner Springs officer attempted to stop a black sport bike for a traffic violation. The motorcycle took a turn too fast and drove down into an embankment, police said.

When the officer got out of his vehicle to contact the driver, the motorcyclist “drove directly at the officer and intentionally struck the officer,” injuring the officer, police said.

Late Tuesday, police said the officer sustained only minor injuries and was out of the hospital and doing well.

The officer's body camera captured the incident on video.

The motorcycle was a 2008 or newer Honda CBR1000RR with red and black wheels, accents and stickers on the side of bearing.

Anyone with information on the motorcycle or the driver is asked to contact Bonner Springs police at 913-276-9236 or at chaney@bonnersprings.org.