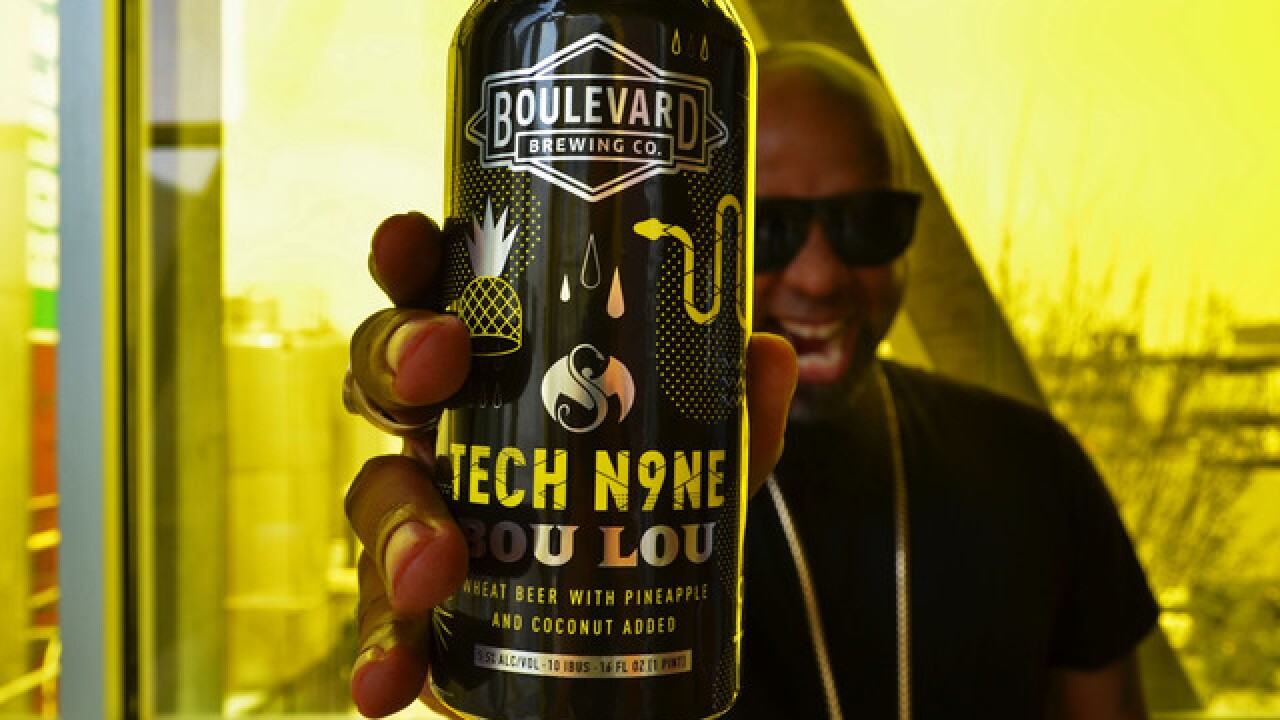 It's a collaboration that was destined to happen. We’re proud to team up with hip-hop legend @TechN9ne to bring you Bou Lou, an homage to his platinum single and to the city we call home. The party gets jumping when this beer debuts at @Blvdia. Learn more: https://t.co/hSJM2GvT7Y pic.twitter.com/8qc58O0XRU

According to Boulevard’s site, Bou Lou starts with a wheat beer base and has additions of pineapple and tropical coconut. It will be sold in 4-packs of 16 oz cans.

Boulevard said the limited release beer will debut this summer at the Boulevardia festival, which will be on June 15 and 16 in the KC Stockyards District. Tech N9ne will headline at the festival Friday, June 15.