Boy given Hero Award for shielding others during gun battle 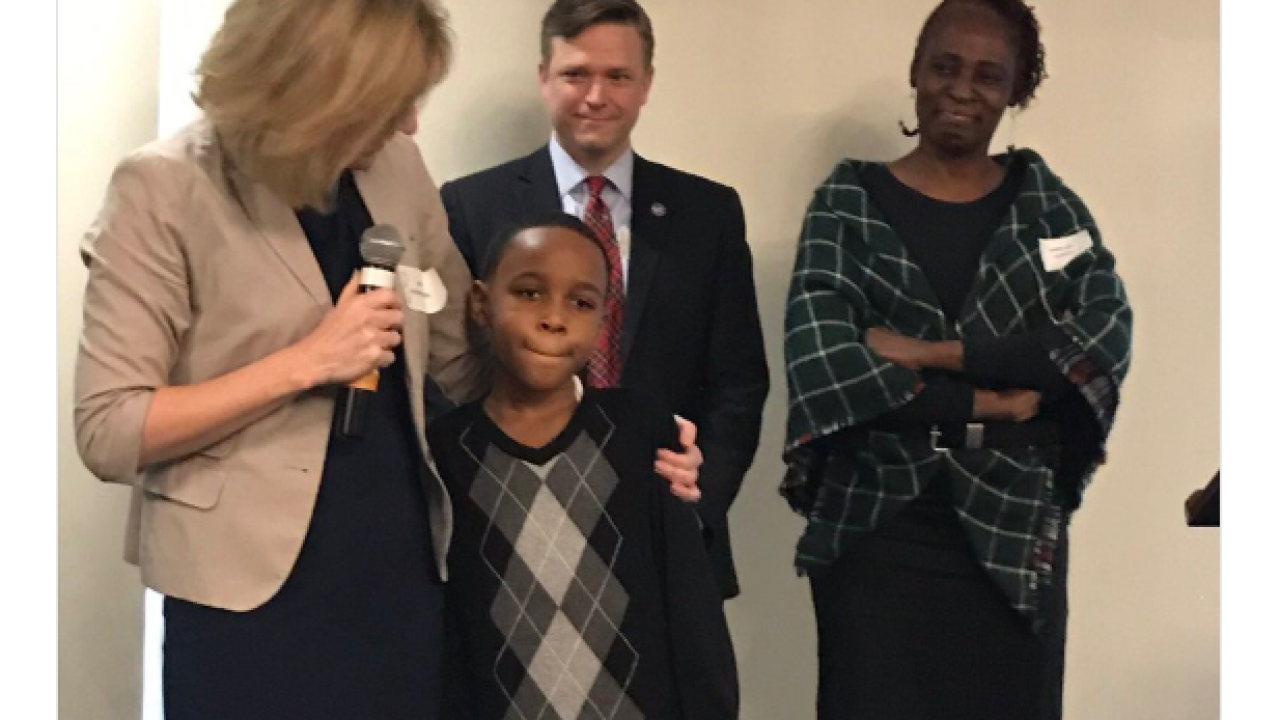 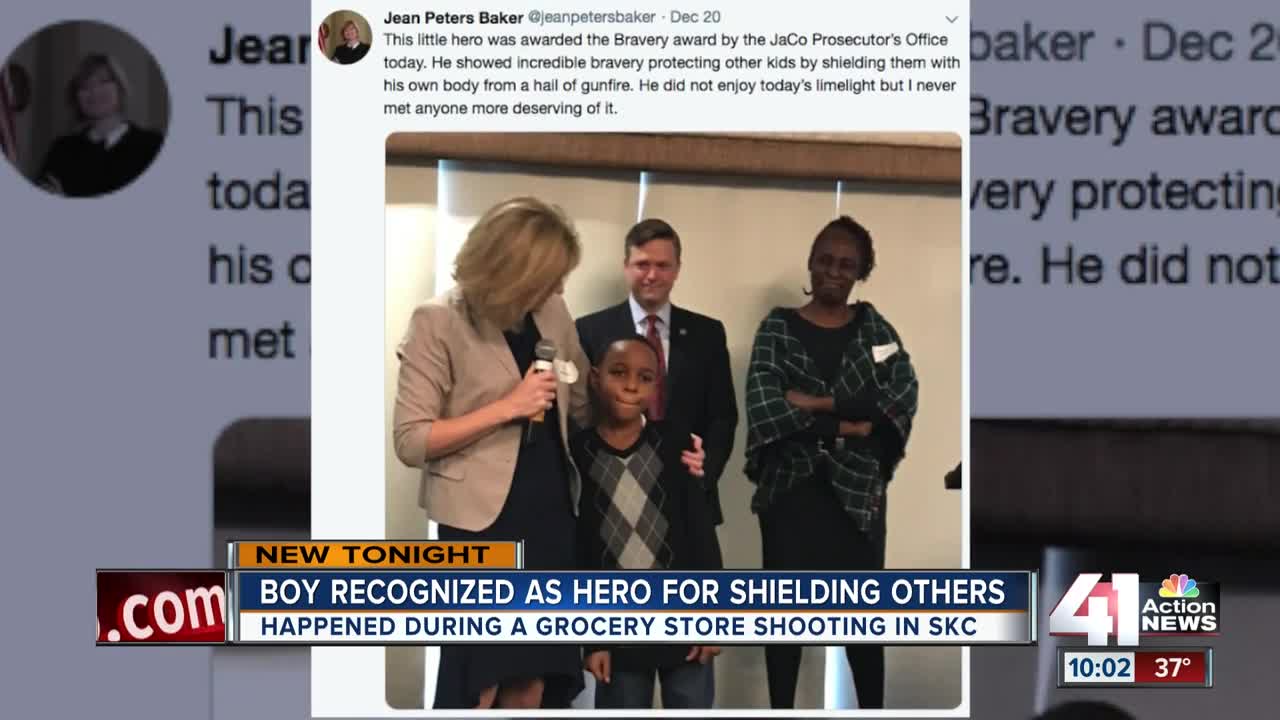 KANSAS CITY, Mo. — An 8-year-old boy was given a Hero Award from the Jackson County Prosecutor’s Office for using his body to protect other children during a gun battle in a grocery store parking lot two months ago.

“He definitely did not like the limelight of this, but I thought it was important that we do recognize him,” Jackson County Prosecutor Jean Peters Baker said.

No one expected a gun fight to start on that late October night outside a south Kansas City Price Chopper, but when shots were fired the little boy used his body to shield children around him.

“This young man does not see himself as a hero," Baker said. "Of course, he is."

During a private ceremony this week, Baker presented the award, but the child remains anonymous for now because the case is still unsolved. His parents gave permission to use his photo.

The shooting left another 8-year-old, Payton Graves, with multiple injuries. She was shot several times and required surgery, one of hundreds of shootings this year in Kansas City.

“This particular endeavor is different," Layton said. "I am from the city myself and to just see somebody come up to the door with a smile and to offer to help you, it can’t get any better than that."

The prosecutor’s office raised money and bought Christmas gift for both Payton and the 8-year-old boy who received the award.

While it may seem lofty, Baker has one wish this Christmas: “If there is a wish for 2019, the wish, the hope, the prayer is that no child will be a witness of violence and no child be a victim of violence.”