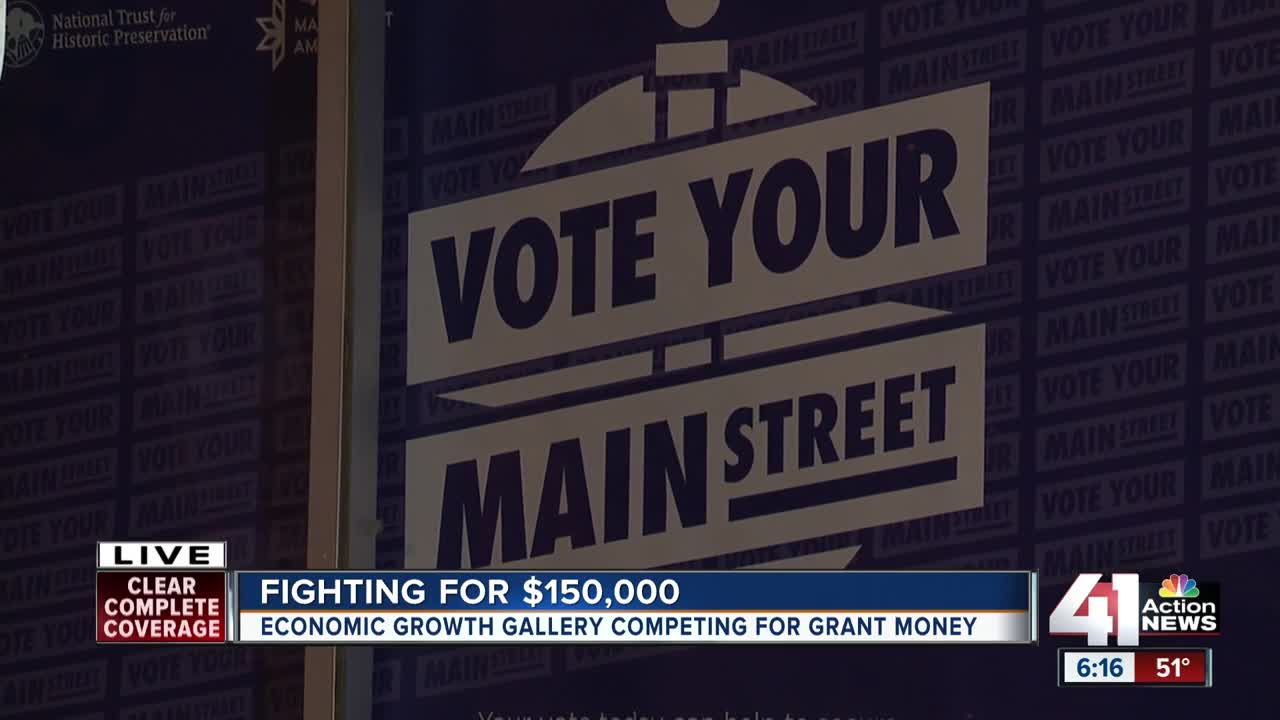 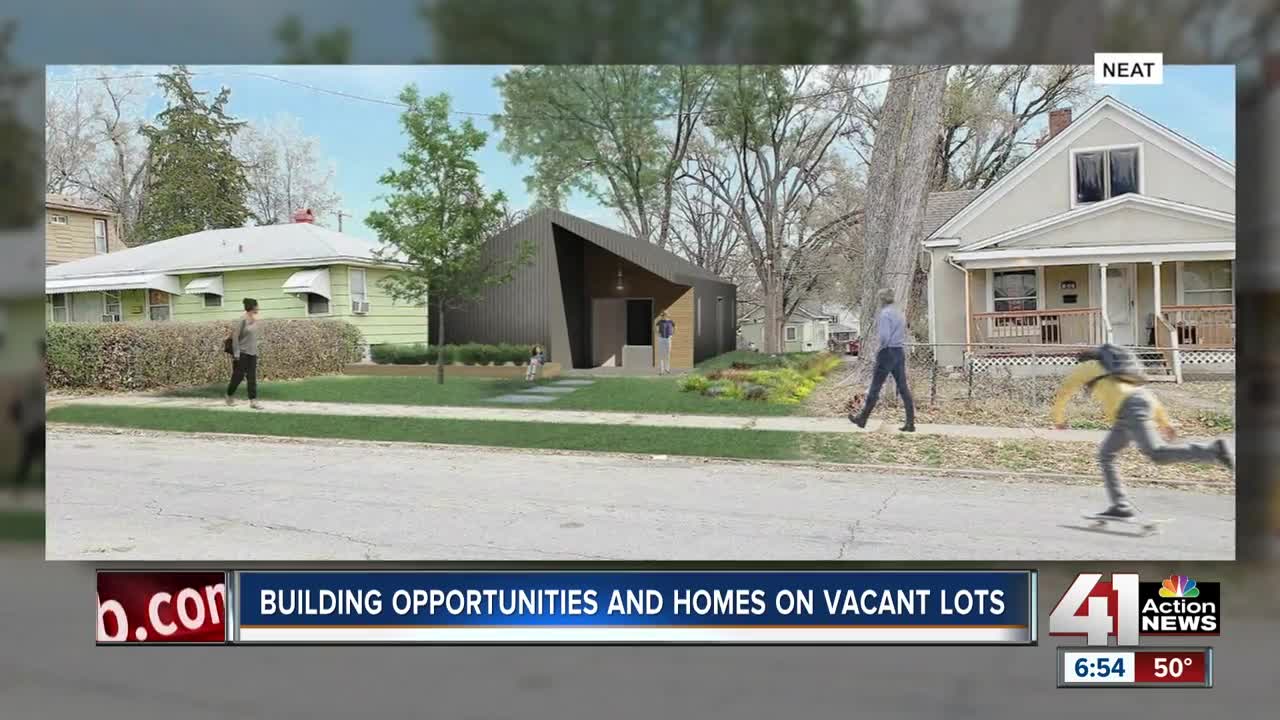 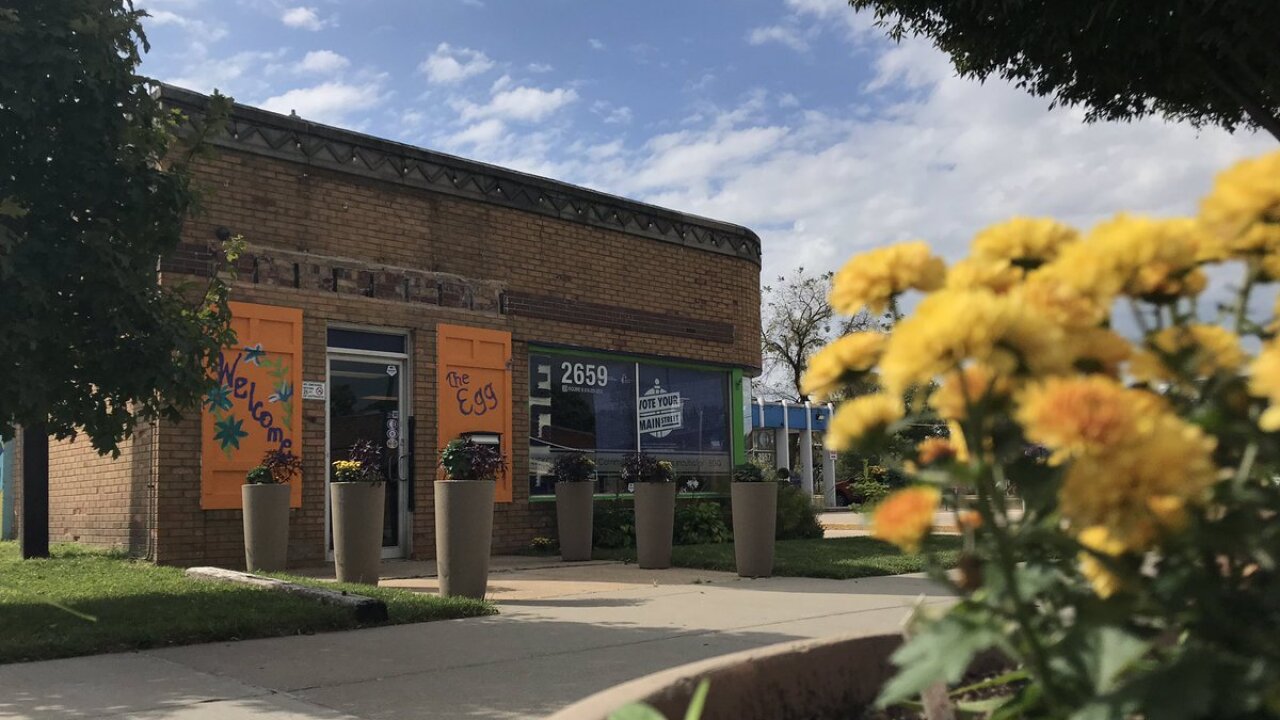 KANSAS CITY, Mo. — The next time an entrepreneur comes to the Economic Growth Gallery to help launch their idea, organizers hope the business incubator will have a new facade, more interior space and a commercial kitchen.

The incubator on Independence Avenue in Kansas City, Missouri, is one of 20 finalists for grant money from Partners in Preservation's "Vote Your Main Street" competition. The ten projects with the most votes will split $2 million. Anyone can vote for one of the projects online. They can vote five times per day until October 29.

"It's an opportunity for this community to do even more with the space," explained Bobbi Baker-Hughes, the manager of the Independence Avenue Community Improvement District which operates the EGG.

The EGG wants $150,000 to restore the facade to its original Art Deco style, replace the ceiling, tear down interior walls and install a commercial-grade kitchen.
With the improvements, Baker-Hughes said the EGG could help more entrepreneurs open businesses along Independence Avenue. As more business open, people living in the area have more opportunities.

The EGG isn't the only project hoping to spark the northeast section of Kansas City. A group from the Mattie Rhodes Center called North East Alliance Together (NEAT) is working to build affordable houses on vacant lots in residential areas.

It received a community development block grant to build a home at 133 North Topping Avenue. The organization is working with Kansas State University to develop an affordable, quality home made from pre-fabricated pieces which can be assembled on the vacant lot.

"If you can't take care of the whole block, then that means everybody on the block is affected in some way," explained NEAT Director Scott Wagner. "We're hopeful to deal with that."

Wagner said the organization will adjust its financing model to sustain building more pre-fabricated homes in the northeast section of Kansas City. It can't rely on CDBG funds for each home.

"As we develop out residentially, as we create more opportunity, that in turn I think makes this area more attractive on the retail side," explained Wagner, a former city council member who also previously served as president of the Indian Mound Neighborhood Association in the northeast.

NEAT expects to complete its first home in the late spring of 2020.

Yet another revitalization project is underway at Independence Avenue and Olive Street. Construction is in progress on the Pendleton Arts Block. The mid-rise building will offer residential, retail and arts space.

The building is made possible because of a $30 million "Choice Neighborhoods" grant the US Department of Housing and Urban Development awarded to Kansas City in 2016 to replace housing as part of its "Paseo Gateway" project.

For more information on how to vote for the EGG in the "Vote Your Main Street" competition, click here.