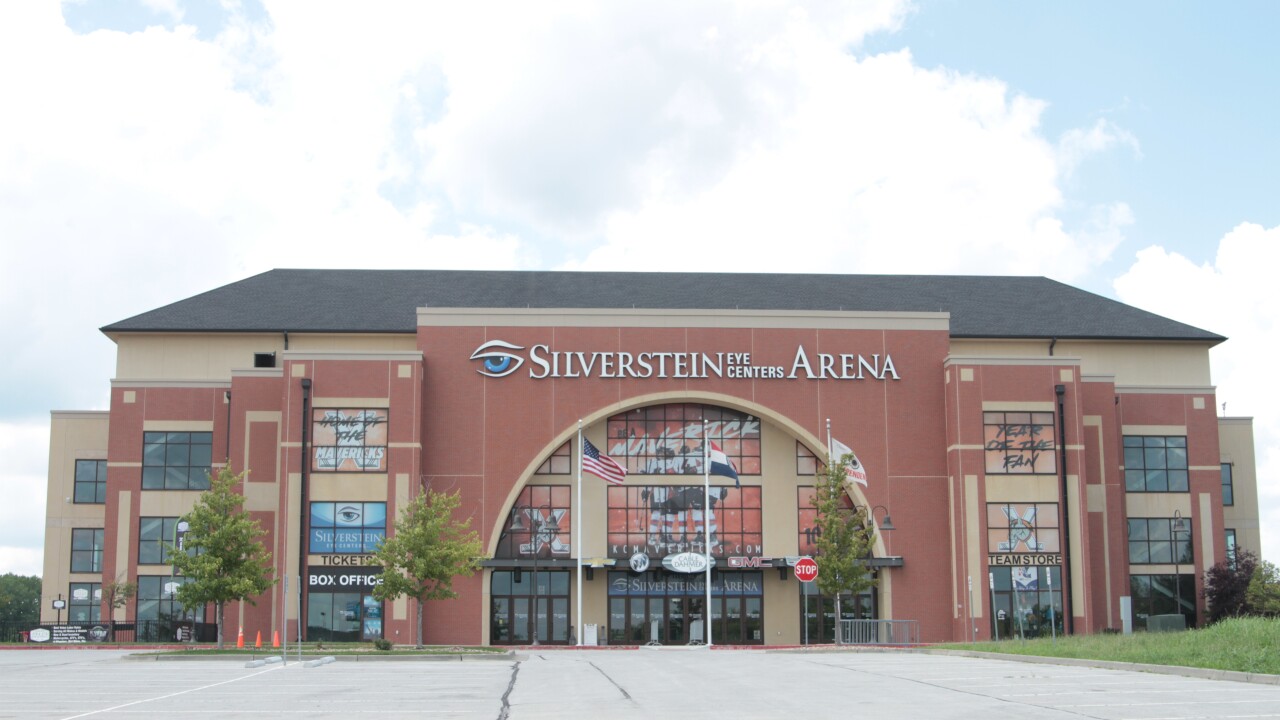 KANSAS CITY, Mo. — The arena in Independence where the Kansas City Mavericks and Kansas City Comets play is getting a new name: Cable Dahmer Arena.

When the venue opened in November 2009, it was simply known as the Independence Events Center.

The city of Independence announced in September 2015 that the arena would be renamed Silverstein Eye Centers Arena as part of a multi-year naming-rights agreement.

“We, at Cable Dahmer, are honored to take on the sponsorship of Silverstein Eye Centers Arena,” Carlos Ledezma, owner and CEO of Cable Dahmer Automotive Group, said in a statement announcing the deal. “We look forward to sponsoring several community events and supporting the home of the beloved Mavericks and Comets. We have a lot of fun and exciting things planned for continuing to improve the facility. We can’t wait to see everyone at the new Cable Dahmer Arena.”

As part of the announcement, the city and Spectra, which has managed the arena and coordinated its food and hospitality services since July 2014, boasted about $3 million “in recent renovations and transformations,” according to a news release.

“I am excited to welcome Cable Dahmer as the new name of the arena,” Spectra’s Larry Hovick, the general manager of Silverstein Eye Centers Arena, said in a statement. “There is a lot of coordination required in a naming rights change and Cable Dahmer has been creative, cooperative and exciting to work with. The city of Independence has invested in the future of this venue with updated technology inside and outside the building. This will be an outstanding partnership. I want to thank Dr. Silverstein for his commitment to the venue for the last five years and am looking forward to his continued support.”

The new signage should be in place in time for the sold-out Sturgill Simpson concert on April 1, which takes place one day after the new www.CableDahmerArena.com domain goes live.

The upgrades include the addition of LED lighting inside and outside the building, new LED video displays, improved WiFi as well as the addition of the FanThreeSixty experience, Dell’s Powersports Party Patio and Martin Underground Bar and Grill.

“Over the last 11 years we have seen an idea become an industry leader as the Independence Event Center transitioned into the Silverstein Eye Centers Arena,” Weir said. “This state‐of‐the‐art facility saw major renovations over the last year and we’ve seen record-breaking crowds. We know the arena brings in roughly $30 million into our community annually not to mention the amazing games, shows and events we have all enjoyed.”