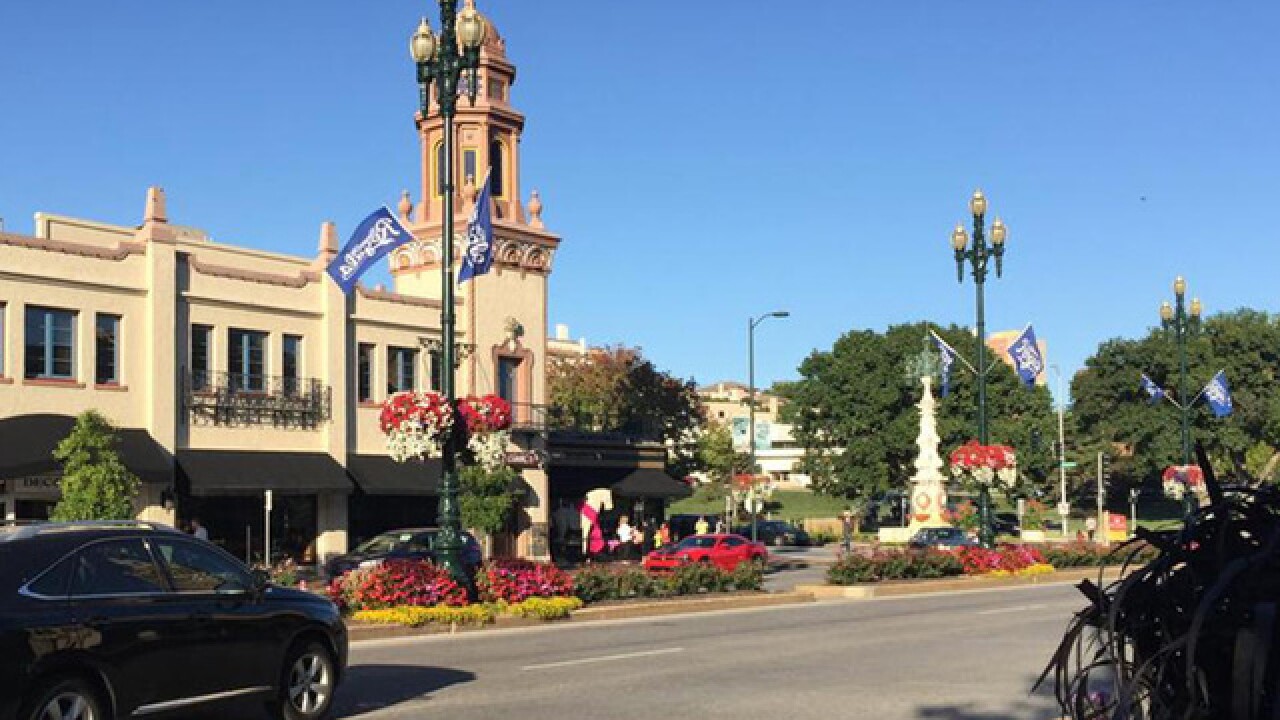 KANSAS CITY, Mo. -- The Country Club Plaza has been a favorite spot for Kansas Citians and travelers from around the globe since it was established in 1922.

Through the decades, it's housed large department stores as well as mom-and-pop shops.

Lately, moving sale signs have appeared in the windows of popular stores -- but some stores aren’t leaving. They’re just moving to different locations on the Plaza.

Standard Style recently had a moving sale. It's been at its current location on 47th Street since 2006. The store will reopen as Baldwin Market, which will merge BALDWIN and Standard Style brands, on Nichols Road in a spot currently housed by Fortuity.

Fortuity has been at that location since last year when BCBG closed its doors. Fortuity is excited to stay on the Plaza and expects to sign a lease later Tuesday.

"The Plaza has always had our heart. We love it," explained Ellie Ruby, vice president of Fortuity.

Ruby said the Plaza is the number one spot they would like to have their store in Kansas City. They are looking at spaces around 2,000 square feet right now.

"It's been super busy. We took this spot knowing we might have to move after several months because they're making a lot of good changes," said Ruby.

This location swap is far from the only change the district is looking at.

That leaves Tesla as the only store on a small strip of Broadway after the Plaza Customer Service Center shuts its doors.

Niall closed its Plaza location at the end of December and is going to Park Place in Leawood.

Some shoppers say that leaves open storefronts and opportunity for growth.

"I'd probably like to see some more fine dining," said Adam Masonbrink.

New restaurants like Hogshead, Parkway Social and The Oliver have recently opened, answering that call.

"I would like to see more live jazz places that I could sit in while she shops. Something for the men to do while the women shop," said Ed Roberts.

The city's department tracker looks at what could be coming next.

It shows renderings for commercial offices near 47th and Pennsylvania.

The vacant lot at 4600 Madison was approved for a 258-unit apartment building.

“While there are a number of exciting things in store for The Plaza, we will share the news when the timing is right instead of responding to speculation. We can assure Kansas Citians that we love The Plaza as much as they do and we are making important adjustments now that will position the district for long-term success in a very competitive and ever-changing retail environment.”

Something Ruby agrees with.

"They're working really hard to bring new business down, local businesses. I think they're doing a really good job of making it a fun place to be on the weekends," said Ruby.

41 Action News asked Banana Republic and Capital Grille about rumors that they could be moving.

Banana Republic said it had no plans to move.

A managing partner at Capital Grille said they have the best location on the Plaza, and they love it there.