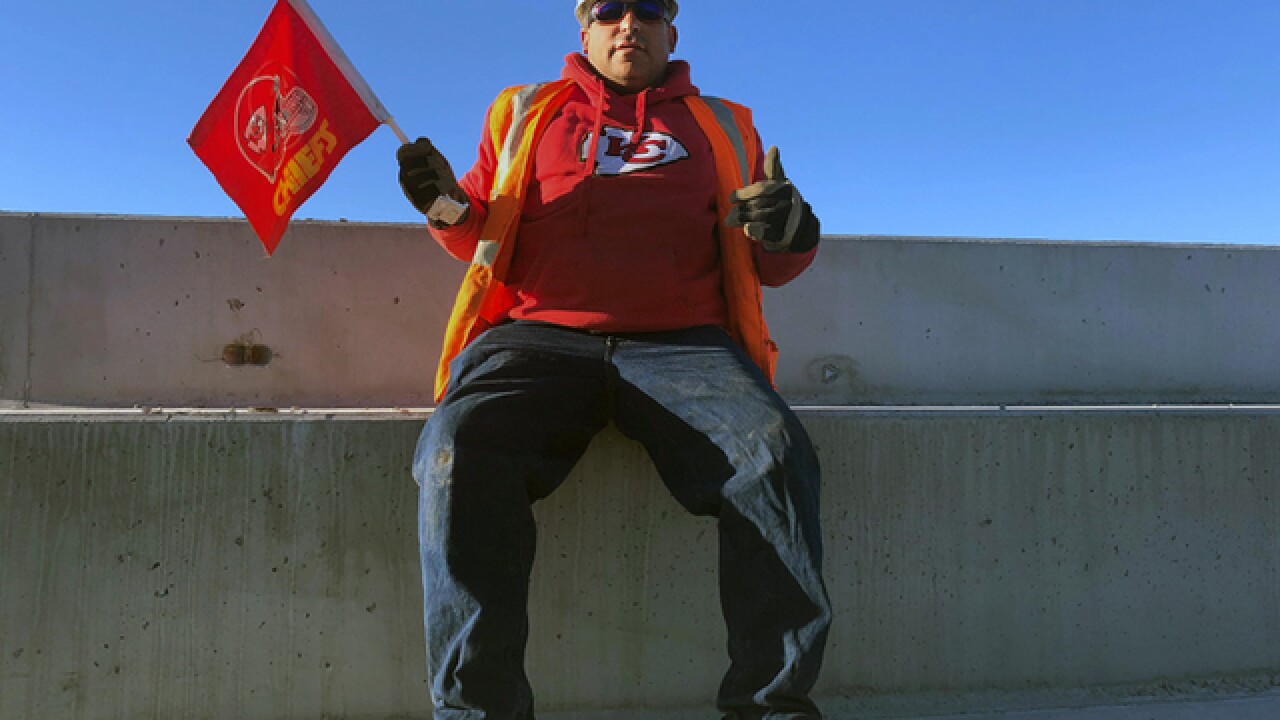 Copyright 2018 Scripps Media, Inc. All rights reserved. This material may not be published, broadcast, rewritten, or redistributed.
<p>Courtesy of Gerod DeCosta Makaha</p>

KANSAS CITY, Mo. — A Kansas City Chiefs fan employed as a construction worker on the new Raiders stadium in Las Vegas continues to troll the rival team in the best ways.

You may remember Gerod DeCosta Makaha from this photo taken last December, where he’s shown with a Chiefs flag that he said he later buried under the stadium.

Tuesday, he sent 41 Action News an update, writing “I’m officially the first Chiefs fan to support our Chiefs on the new Raiders stadium bleachers before they are put into the stadium!”

What a great way to celebrate the win over our divisional rivals last Sunday!