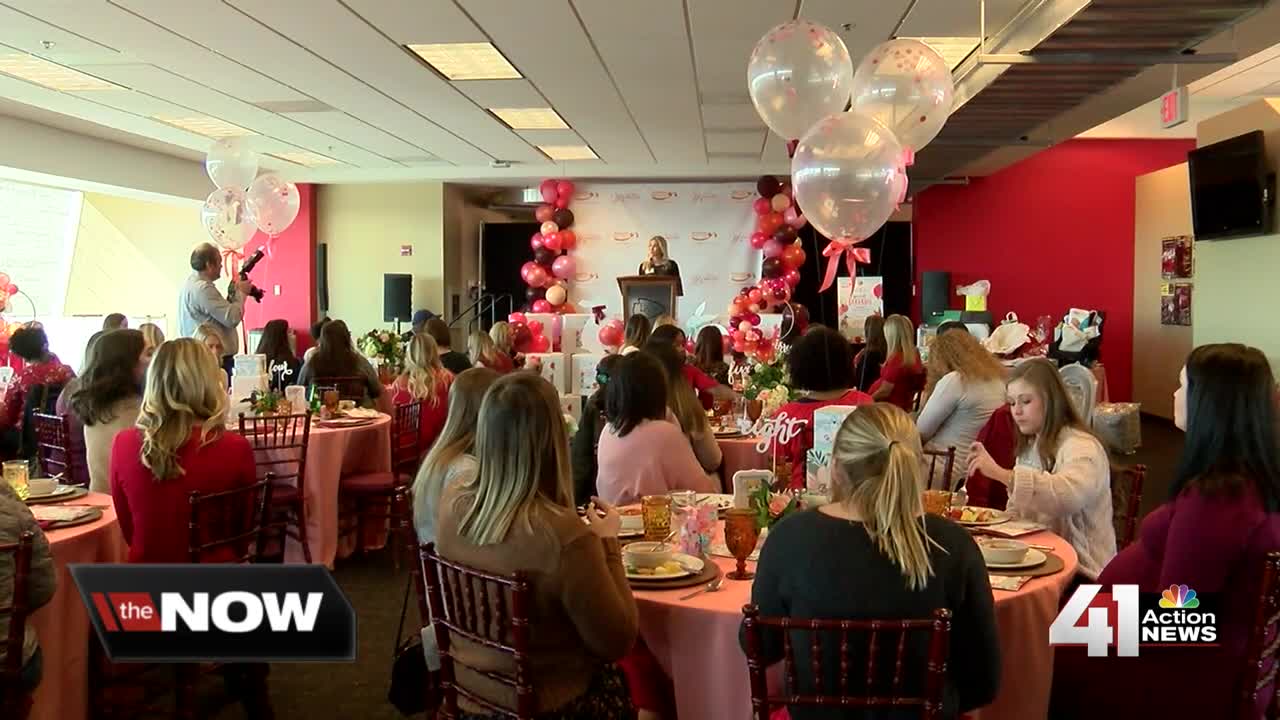 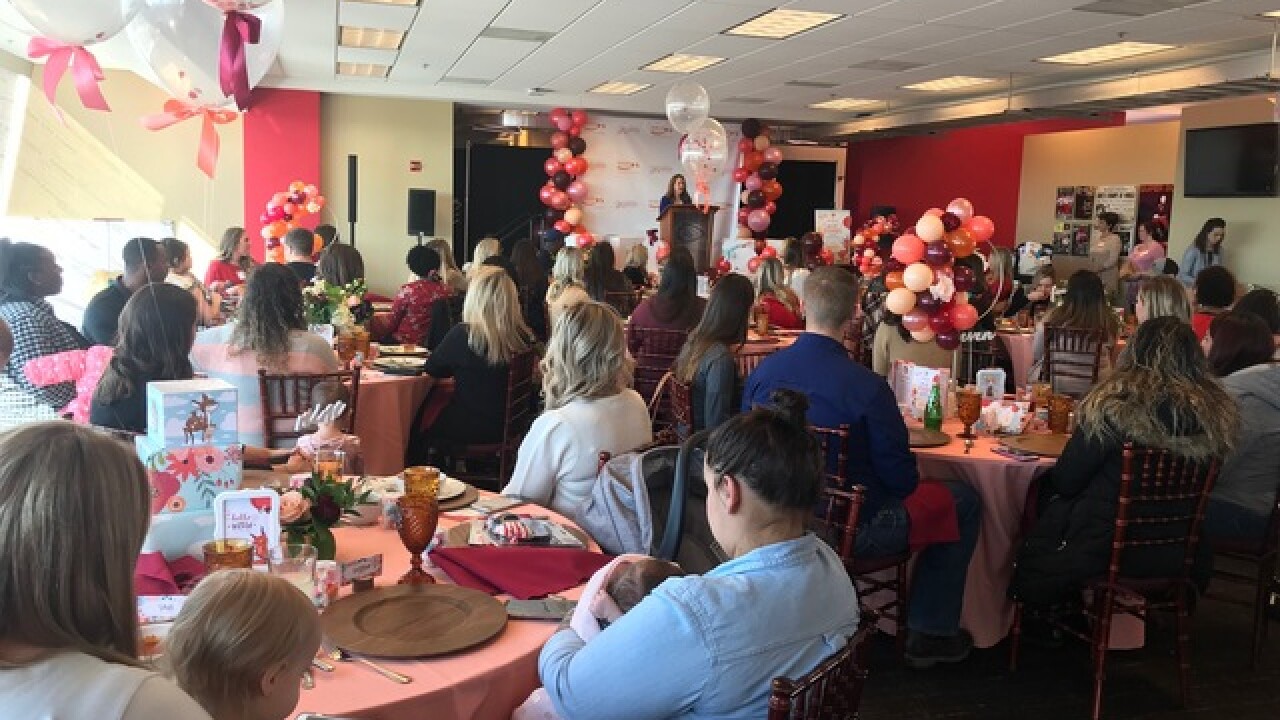 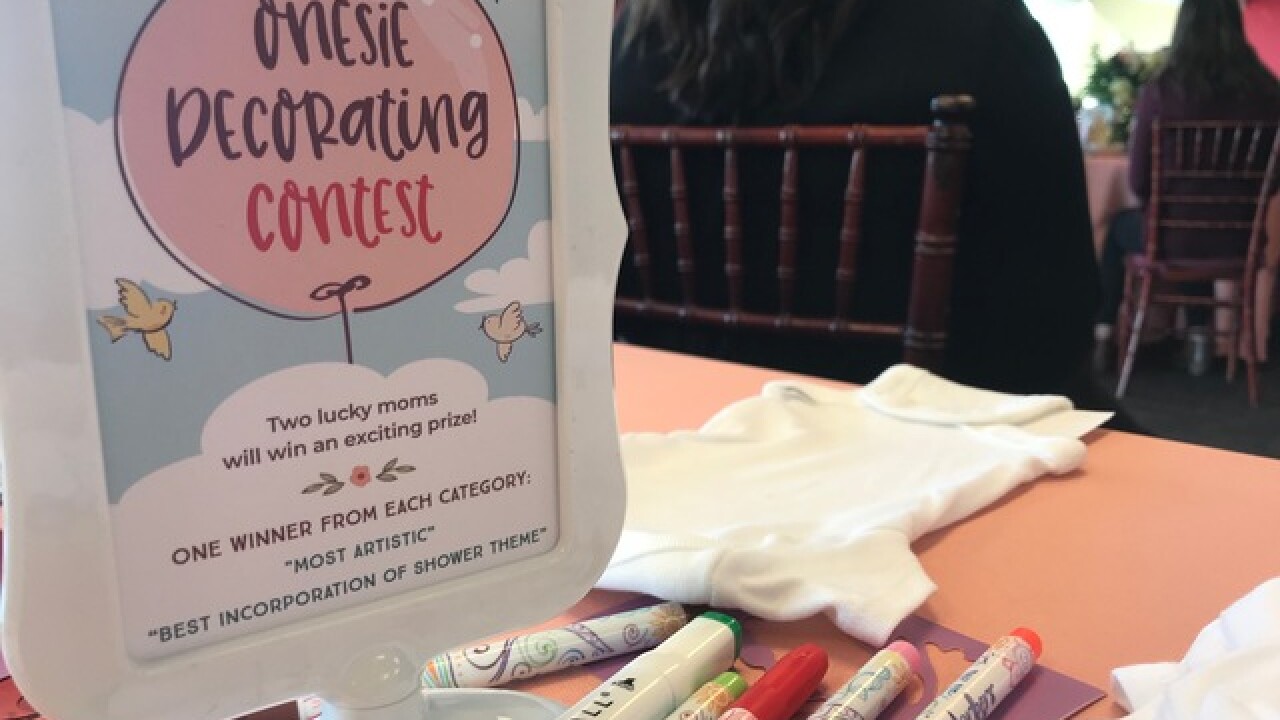 KANSAS CITY, Mo. — The Kansas City Chiefs had the day off, but there was still action out at Arrowhead Stadium Tuesday.

The spotlight that typically shines on the team shifted its focus to military women as part of the NFL's Salute to Service initiative.

"It's really cool to be in the limelight for once," said Carrie, a mother-to-be who declined to give her last name.

Carrie is due with her second child in April 2019. She was one of many mothers celebrated by the Chiefs on Tuesday.

"We're honoring about 24 military families. They're all expecting a baby or have a brand-new newborn," said LeAnn Morrissey, founder and chief shower officer of Operation Shower.

The Chiefs Women's Organization wanted to do something special for the women of the military. The group contacted Operation Shower, a nonprofit that throws baby showers for expectant military moms across the country.

"Anytime you're going through a pregnancy, that's challenging in and of itself, but for military families, a lot of times you're in a city or a new location where you don't necessarily have friends yet established," Morrissey said.

The goal is to help ease the stress of deployment or cases where the women's spouses have been seriously injured.

"We're just excited to have the chance to make their transition to motherhood a little bit easier and just to celebrate this very special time in their life," said Tavia Hunt, director of the Chiefs Women's Organization.

Operation Shower has celebrated more than 5,000 military moms since 2007. Tuesday was the organization's first event in Kansas City.

"Knowing that everybody's husbands are overseas or battling with PTSD makes it even more special, so it's better than a regular baby shower to me," Carrie said.

All of the moms-to-be received nearly $1,000 worth of gifts.