Chiefs, NFL not listed on public records request for Hunt prior to TMZ releasing video 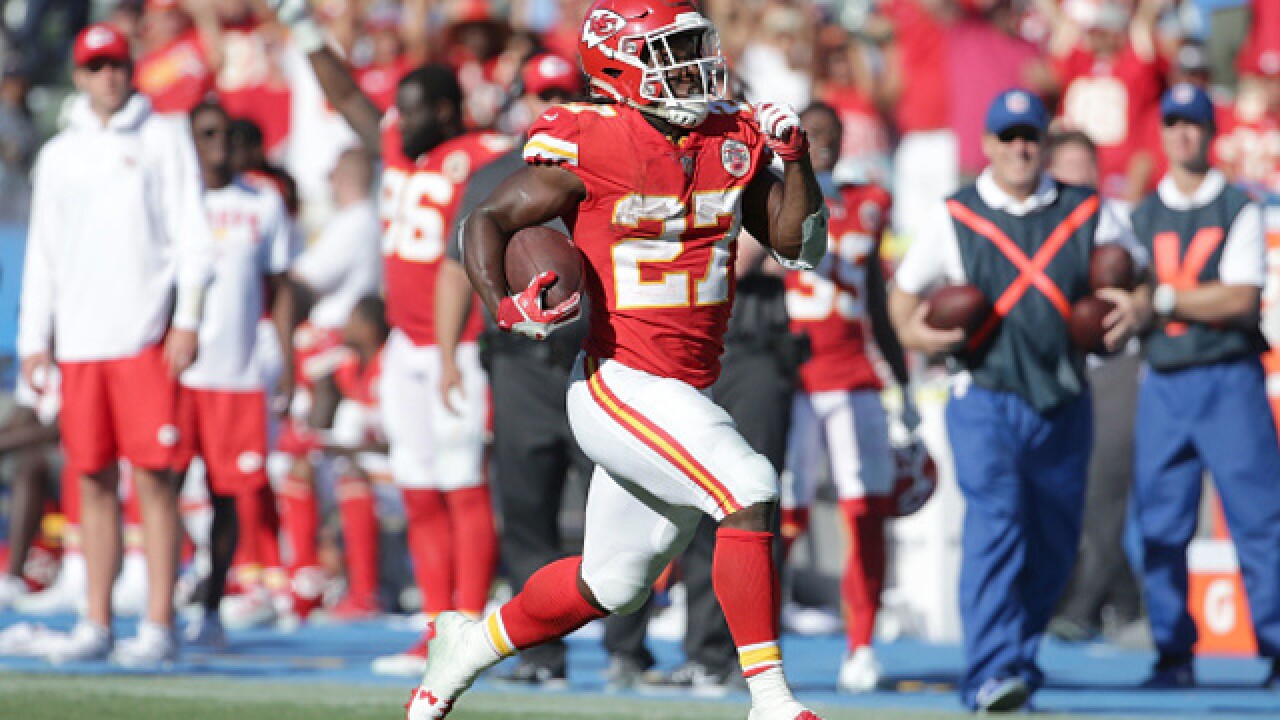 Copyright 2017 Scripps Media, Inc. All rights reserved. This material may not be published, broadcast, rewritten, or redistributed.
Jeff Gross
<p>CARSON, CA - SEPTEMBER 24: Running back Kareem Hunt #27 of the Kansas City Chiefs carries the ball for a touchdown against the Los Angeles Chargers in the fourth quarter at StubHub Center on September 24, 2017 in Carson, California. The Chiefs defeated the Chargers 24-10. (Photo by Jeff Gross/Getty Images)</p>

KANSAS CITY, Mo. -- The NFL and the Chiefs are not listed on public records requests for information and documents related to the Kareem Hunt investigation in Cleveland before TMZ released video of the incident.

41 Action News obtained a list of requests submitted to the City of Cleveland in regards to the February incident.

The NFL did not submit a request until the day TMZ released video Hunt shoving and kicking a woman inside the Cleveland hotel.

Several other organizations, including 41 Action News and our sister station in Cleveland, WEWS did submit requests prior to TMZ releasing the video on November 30.

NFL spokesman Brian McCarthy said in a statement to 41 Action News Tuesday the league was in contact with Cleveland Police after the February incident.

We had multiple verbal conversations with Cleveland police officers and requested surveillance video immediately upon learning of the incident in February. In addition, NFL representatives also made requests for surveillance video to the hotel property. We also obtained and reviewed the material developed by the police, which included the written reports prepared by the officers who responded to the incident, and later the interviews that were recorded by bodycams and the recordings of the 911 calls.

41 Action News asked the NFL spokesman several follow up questions. They include, when did the NFL obtain and review material developed by police and what was the response by the hotel property when the league requested surveillance video. The league has not yet responded.

A spokesperson for the Chiefs did not have a comment about the request.