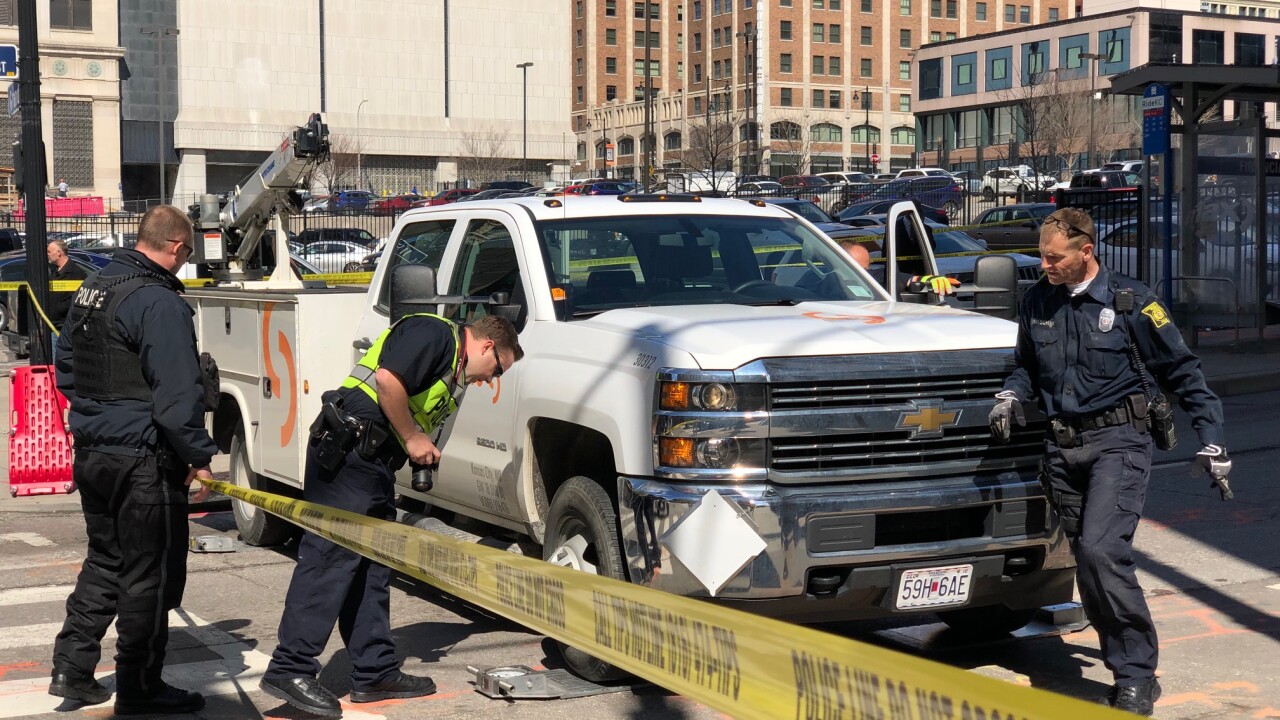 A child was struck and killed in a single-car crash Wednesday in downtown Kansas City, Missouri. According to police, the deadly incident involving a company truck for Spire happened shortly before 1:30 p.m. near 11th Street and Grand Boulevard.

KANSAS CITY, Mo. — A 3-year-old boy was struck and killed in a single-vehicle crash Wednesday in downtown Kansas City, Missouri.

Police on Thursday identified the boy as Jayden Courtney, of Kansas City.

According to the Kansas City Police Department, Jayden was exiting a store with his father shortly before 1:30 p.m. near 11th Street and Grand Boulevard.

The father and son were walking eastbound on the sidewalk on the south side of 11th Street when the child broke free from his father's hand and ran between two parked cars and into the street.

Jayden was struck by the left side westbound commercial truck owned by Spire — a natural-gas company that operates in Missouri, Alabama and Mississippi — and suffered serious injuries. He was taken to a local hospital, where he died a short time later.

The driver stopped and remained at the scene.

"We are devastated by what happened today and our thoughts and prayers are the with the child's family," Spire Communication Manager John Mink said. "We are cooperating fully with KCPD and will continue to do so throughout the investigation."

Anyone who witnessed the crash is asked to contact the Traffic Investigations Section at 816-482-8190.