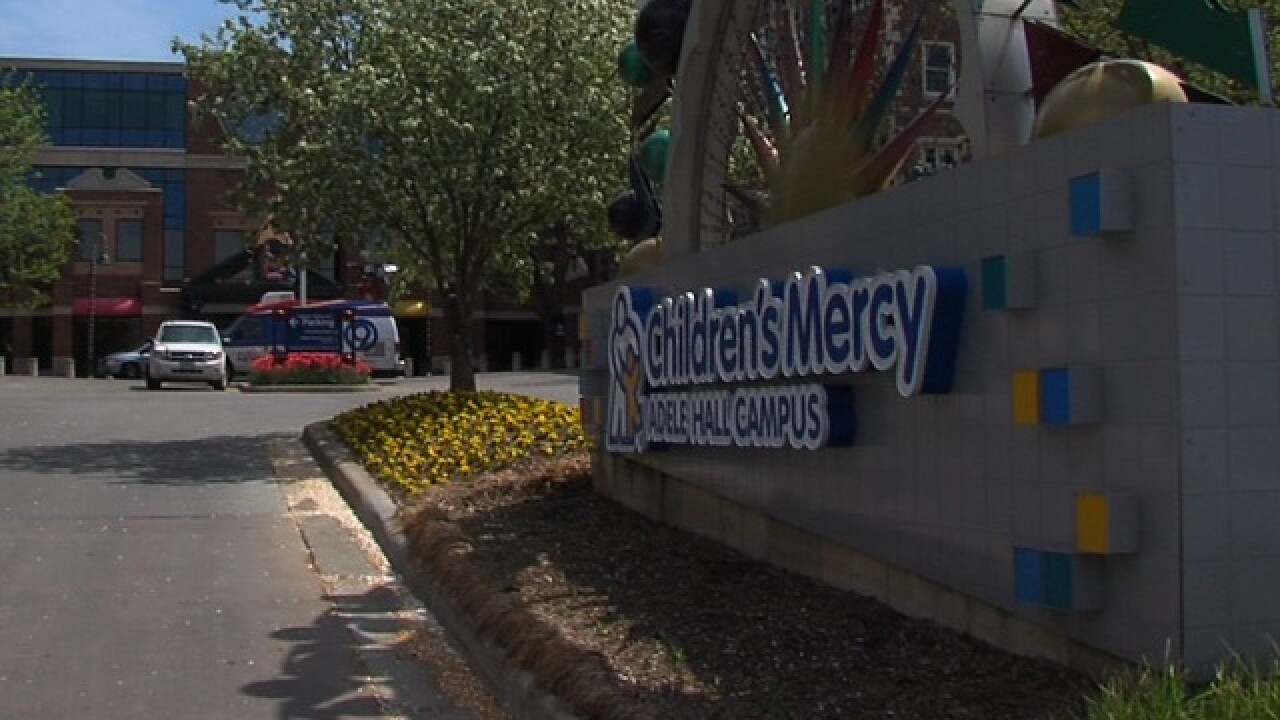 "I think that was kind of shocking to us all as we were collecting this data, is that almost half of our perpetrators are minors," said Heidi Olson, the Sexual Assault Nurse Examiner (SANE) Coordinator.

The SANE program's data shows perpetratros are likely to be between 11 and 15 years-old.

"Another thing we're noticing is a lot of those sexual assaults are violent sexual assaults, so they include physical violence in addition to sexual violence," said Jennifer Hansen, a child abuse pediatrician at Children's Mercy.

Recently, the International Association of Forensic Nurses said the hospital is in the top five percent in the United States, which includes hospitals that see adults, in the volume of sexual assault victims they see.

Last year, Children's Mercy saw 444 kids who were sexually abused within the last five days. That number rounds out to around 1,000 a year when they include the children who report sexual assault after five days.

Victims are most likely girls around 4 to 8 years-old.

Hansen and Olson say the number each year continues to rise. They can't pinpoint for sure if it's because Children's Mercy is a recognized children's facility with the capacity to serve more people, or if more children are reporting the assault now than in years past.

"To sexually assault someone else, that's a learned behavior," said Olson.

"We know that it's probably multi-factorial. I think there are lots of things that contribute to this, but that is the question; How are we, as a society, failing in such a way that we have 11, 12, and 14-year-old boys, primarily, committing violent sexual assaults?" Hansen said.

SANE nurses can't always identify who a perpetrator is, because they work with victims, but said they've had young perpetratros tell them they've watched pornography and acted it out on someone else.

"What we are seeing is more and more kids that have sexual behavior problems and at the same time, more and more children that have access to pornography," said Rene McCreary, the director of counseling services at the Metropolitan Organization to Counter Sexual Assault.

McCreary is on the other end of the problem, helping kids between 6 and 14 years-old who have acted out sexually in an unhealthy way. They call it breaking sexual behavior rules.

McCreary says 25 percent of all sex crimes are committed by minors. Many times, the perpetrator has been victimized themselves. At MOCSA, nearly 100 percent of the kids they see have experienced some trauma.

She says pornography doesn't play a part in most MOCSA cases, but she sees it playing more of a role.

"Pornography is different today than it used to be. So, 80 percent of the 15 most-viewed films portray women being hit, spit on, kicked, called degrading names. The kinds of behaviors we wouldn't want our children, or anyone, to act in. Pornography has become more violent," said McCreary.

While pornography may not be the direct reason why a child sexually abuses someone else, but it does raise the question: What's the line between child curiosity and a real problem? Is there a line at all?

McCreary says they have criteria to determine if a behavior is problematic.

"Is the child compulsive? Was the child sneaky about it? Did they try to get away and isolate the other child? Did they use coercion or control? Was there a threat made?" McCreary said.

MOCSA has also added a "Sexting and Texting" seminar where a Kansas City police officer does a seminar for families. Included is a one hour session on pornography to help parents understand what is readily available online.

Children's Mercy and McCreary encourage parents to have those uncomfortable conversations with their kids about sex and what images they might see online or on their smart phone.  They encourage limiting what kids can see online.

Hansen and Olson say now that they're noticing the trend, SANE nurses have been documenting specifically if pornography is tied to a case in any way.

Their hope is that someday enough research will be collected to definitively say that pornography is influencing child sexual assault.