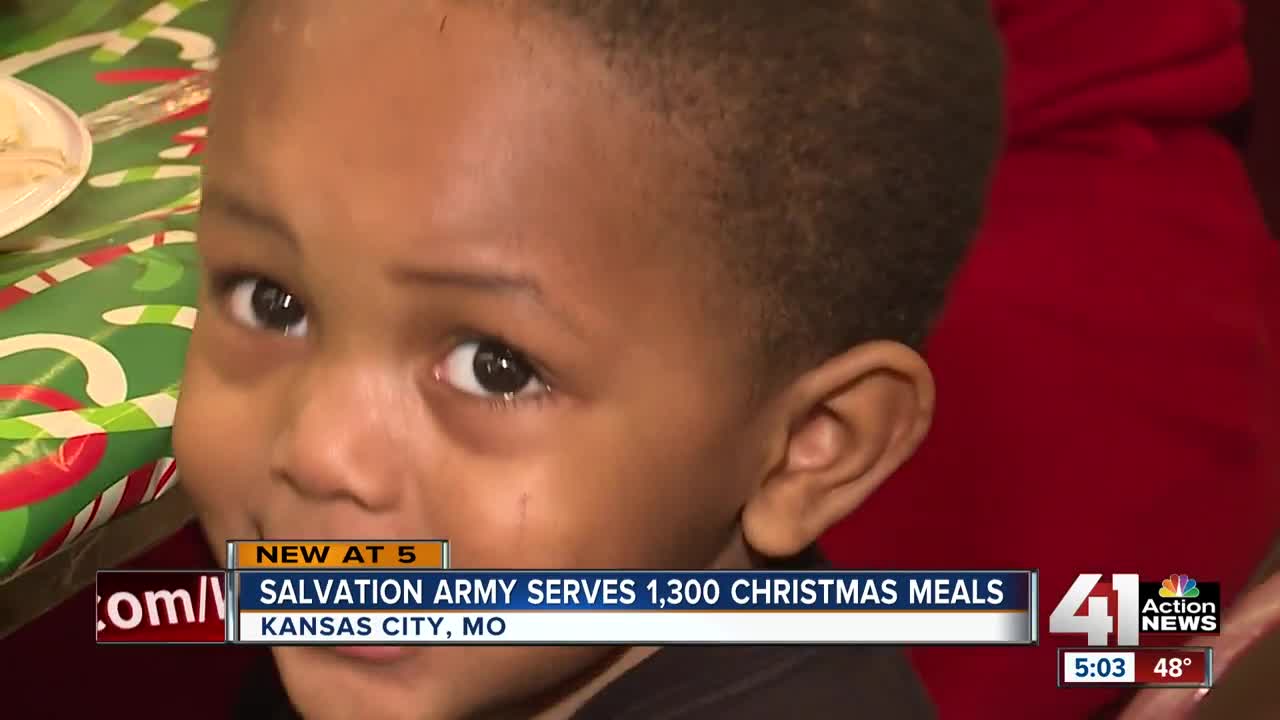 The Salvation Army continued an over 30-year tradition on Christmas by hosting a special holiday lunch to help out people in need. 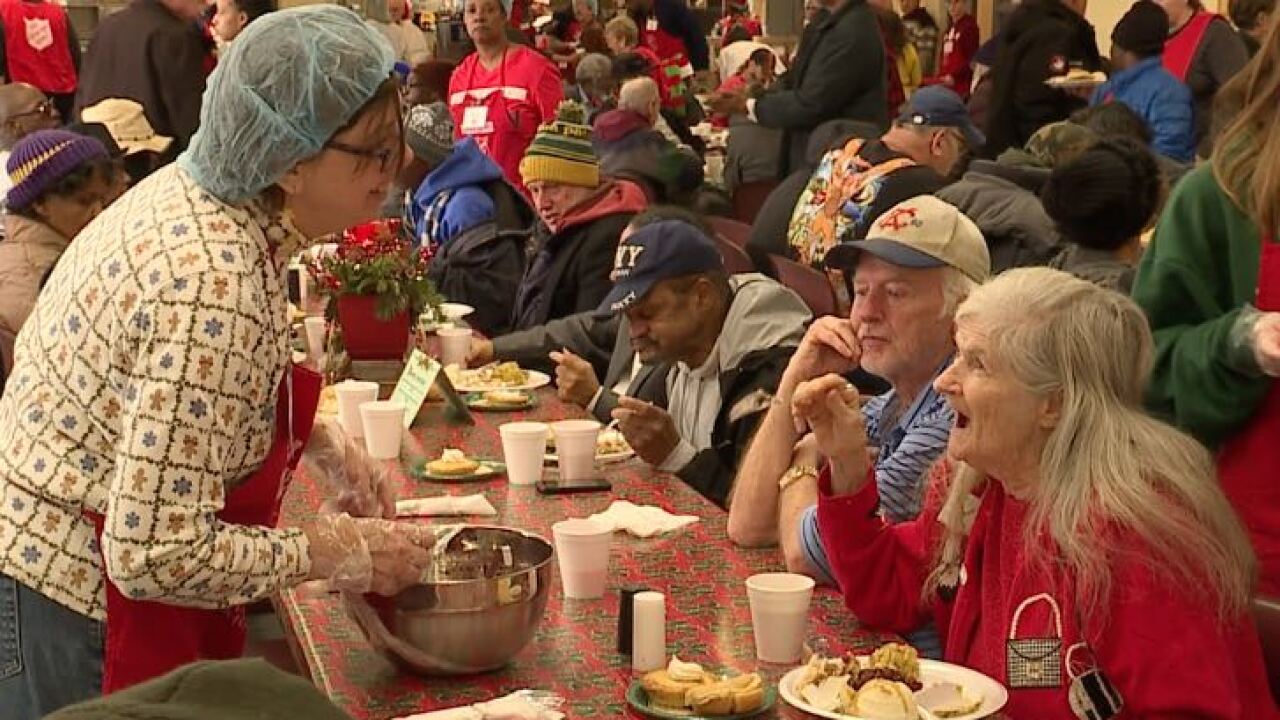 KANSAS CITY, Mo. — The Salvation Army continued an over 30-year tradition on Christmas by hosting a special holiday lunch to help out people in need.

The event was held at the Linwood Center and attracted hundreds of people.

“It does show that the need is out there and great,” explained Salvation Army manager Curtiss Hartley. “It’s an unfortunate reality but we’re grateful for a giving community who provides us with the resources to do this kind of thing.”

Diamond Moore was one of the many people who attended the holiday tradition.

As a 21-year-old mother of two children, she told 41 Action News that the holiday season can present some challenges.

“You try to get the kids exactly what they want and to make sure that they wake up and open up the gifts and be happy,” she explained.

On Christmas this year, Moore was able to gather with her family and enjoy a hot meal thanks to the help of others.

Dozens of volunteers handed out meals at the event and packed food to be delivered to senior citizens around the metro.

Kenny Friesner, who was on the receiving end of the event in the past, arrived early to help.

“I had been homeless but I’m not homeless anymore,” he explained. “I heard about this program and said I’m going to try my best to get involved in it.”

With Friesner now involved with the Salvation Army, he hoped to help others feel the same way he did.

“I’ve loved it. This is family,” he explained. “Personally, it means a lot because I’m able to help others.”

Aside from hot meals, the Salvation Army also gave out teddy bears and pairs of socks to people in need.

Organizers estimated that the holiday lunch tradition dates back around 40 years.