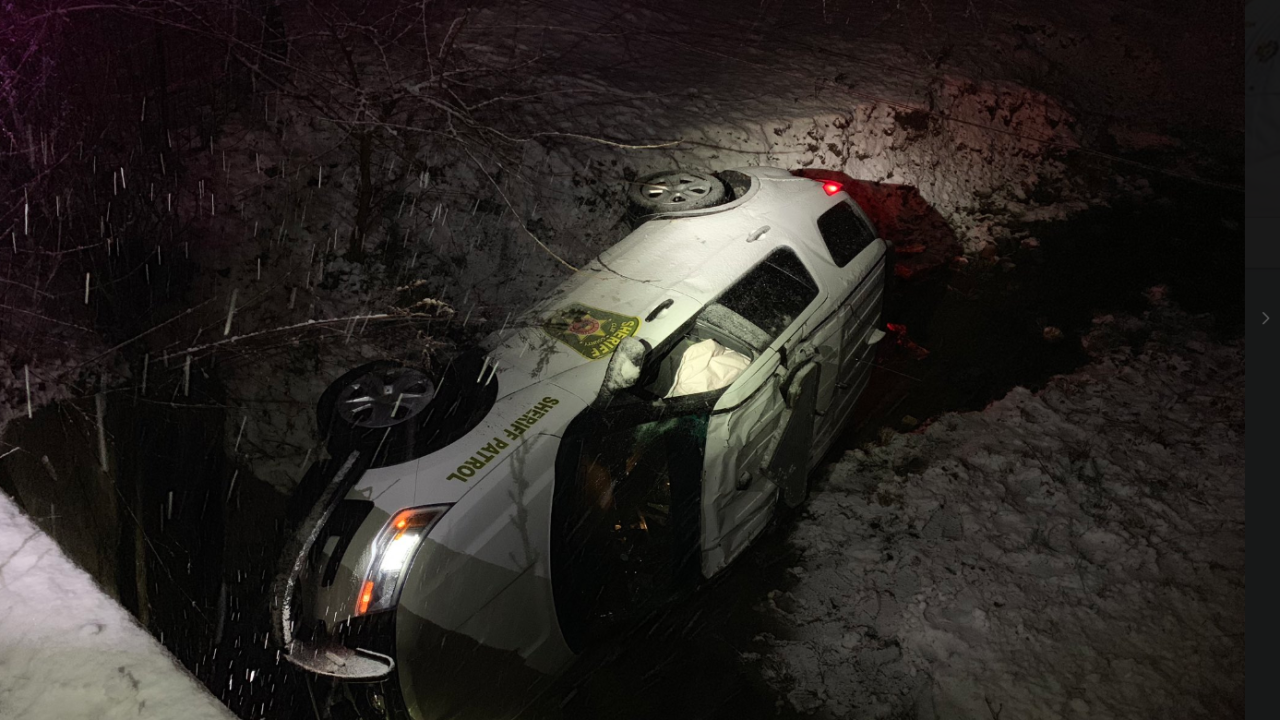 KANSAS CITY, Mo. — The Clay County Sheriff's Office is reminding others to be safe after a deputy slid off the road and rolled his vehicle during a snowstorm Friday night.

Capt. Will Akin said the deputy wasn't seriously injured and is expected to be released from the hospital Friday night.

The deputy hit an icy patch of road about a mile west of Plattsburg Road on NE 120th Street while responding to a rollover accident. His vehicle ended up in the creek but luckily it only had a foot of water in it at the time.

In his tweet, Akin said, "Road conditions don't changes for us just because we're public safety."

Road conditions don’t change for us just because we’re public safety. Deputy encountered an icy patch of road while responding to a rollover accident. Deputy is ok and should be released from the hospital soon. #BePrepared and #DriveSafe everyone!! pic.twitter.com/QpMWCKgDmQ