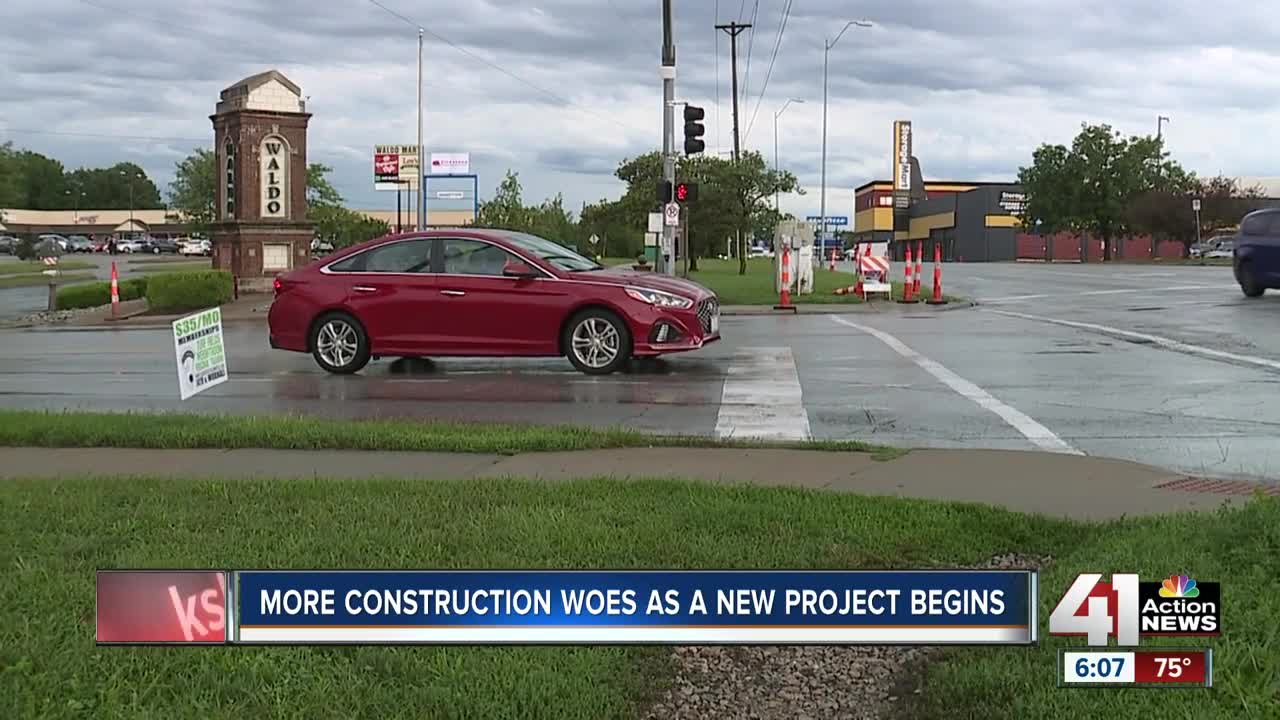 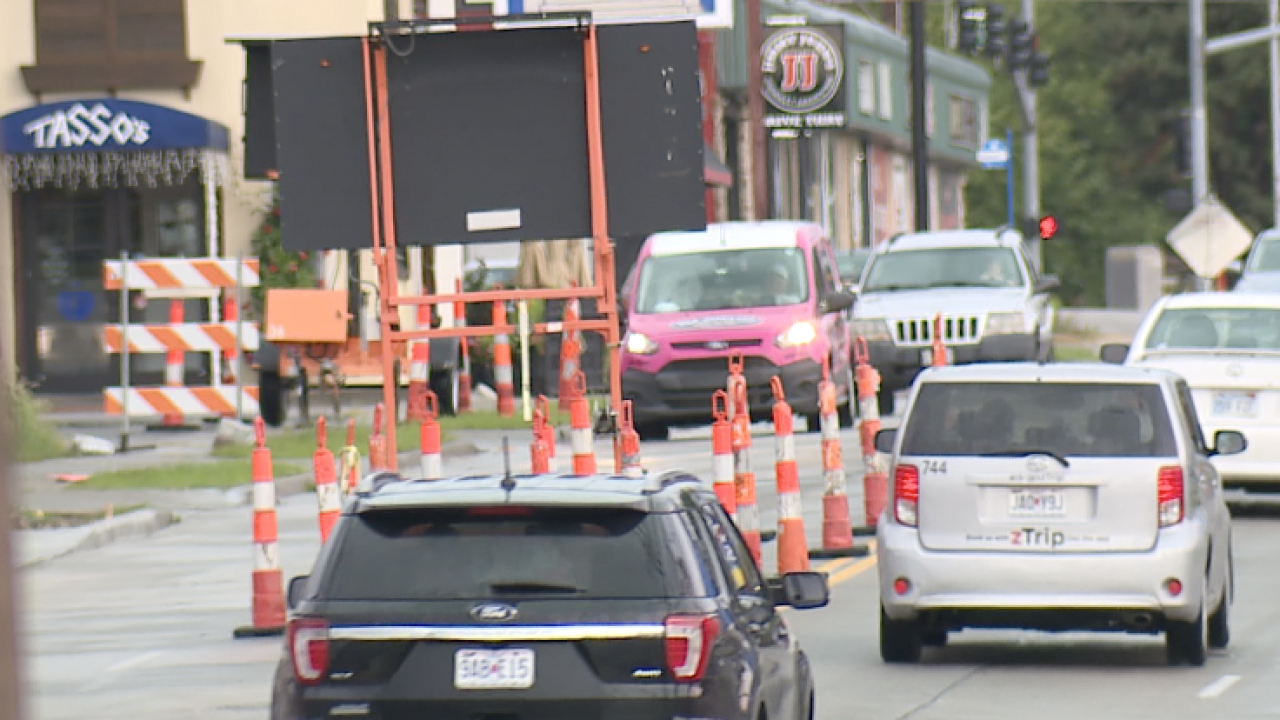 KANSAS CITY, Mo. — An upcoming construction project along Wornall Road will likely cause headaches for drivers.

For drivers along Wornall Road near 75th Street, those headaches have become common place.

The Kansas City Water Department is alerting drivers of an upcoming project starting September 3 that will replace the water mains near the intersection.

"We have problems with noise and dust," Abdi Karbalaei, owner of Max's Burgers and Gyros near W 82nd St and Wornall Road, said. "They do the same things over and over and over."

Construction along Wornall Road will not end any time soon.

"It seems like every time they repave it, then somebody has to get back in," Waldo Community Improvement District's Becky Beck said.

These are always the complaints about the seemingly endless road work on Wornall, one of the busiest streets in KC.

And many others might have a few choice words to say once the water main replacement project starts.

"People just look at it as 'the city.' So it's like, the city's been here tearing everything up," KC Water project engineer Terry Thomas said. "We know we represent the city as a whole and what we're trying to do is make sure everyone's comfortable with the ending result."

Thomas helped out in a couple community meetings to gather input from neighbors and business owners.

Traffic will be down to one lane for a month and a half, rather than closing down the whole intersection. Most of the work will happen at night to avoid disruptions.

"It's certainly going to be inconvenient and we're concerned about our businesses and don't want them to feel the impact negatively by all the traffic delays," Beck said. "It's going to be a headache, there's no getting around that."

The pipes in the area are more than 100 years-old and need to go.

KC Water hired Rodriguez Mechanical Contractors for the project. Once crews finish at 75th Street, they'll move on to Ward Parkway and State Line, then further east, stopping at Flora Ave. The entire project should be finished within a year.

However, the construction isn't over at 75th once the water department moves out.

Public Works will have to break ground at the intersection in early spring 2020, after the water department has already repaved it, for a reconstruction project. It will reconfigure the parking lot at the northeast corner, extend the Trolley Track Trail a block, and improve pedestrian safety. The project is an extension of what they did between 85th & 89th earlier this year.

Maggie Green, spokesperson for Public Works, says it has to happen this way because by the time the water department is done it'll be winter, which is not conducive to construction.

"We want to be sure the water utility work and restoration gets done before the winter weather hits," Green said. "We have to balance this coordination and utility replacement with maintaining a drivable lane, the construction schedule, and the winter weather."

Currently, crews are upgrading the sewer between 80th & 85th where traffic is reduced to one lane north and south. It's a part of the city's Smart Sewer project.

Karbalaei says he's lost business during the lunch hour because of the construction and hope it ends soon.

The Waldo Area Business Association worked with the city to make sure everyone was informed of the upcoming changes, which Beck said the city has fallen short on in past projects.

"Neighbors and business owners have been upset with that kind of activity," Beck said. "It's a hard pill to swallow, but we know it's necessary and once the redevelopment of the area is complete, it's going to be absolutely beautiful."