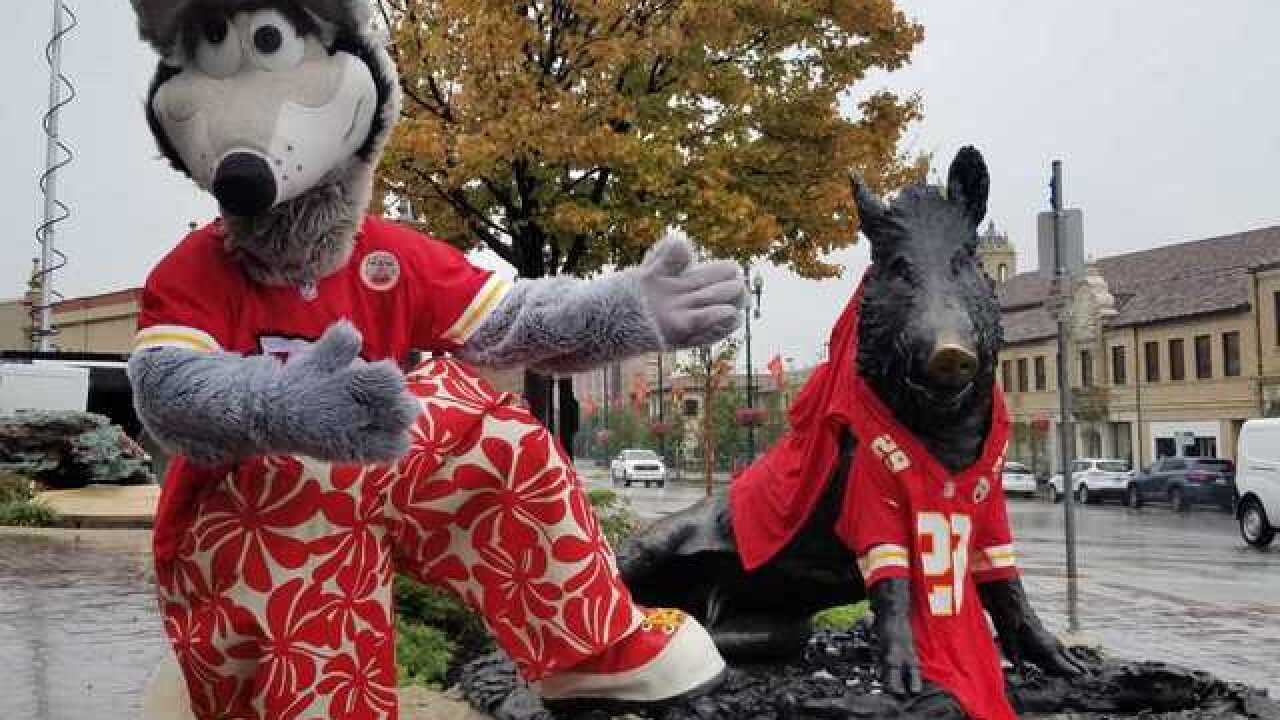 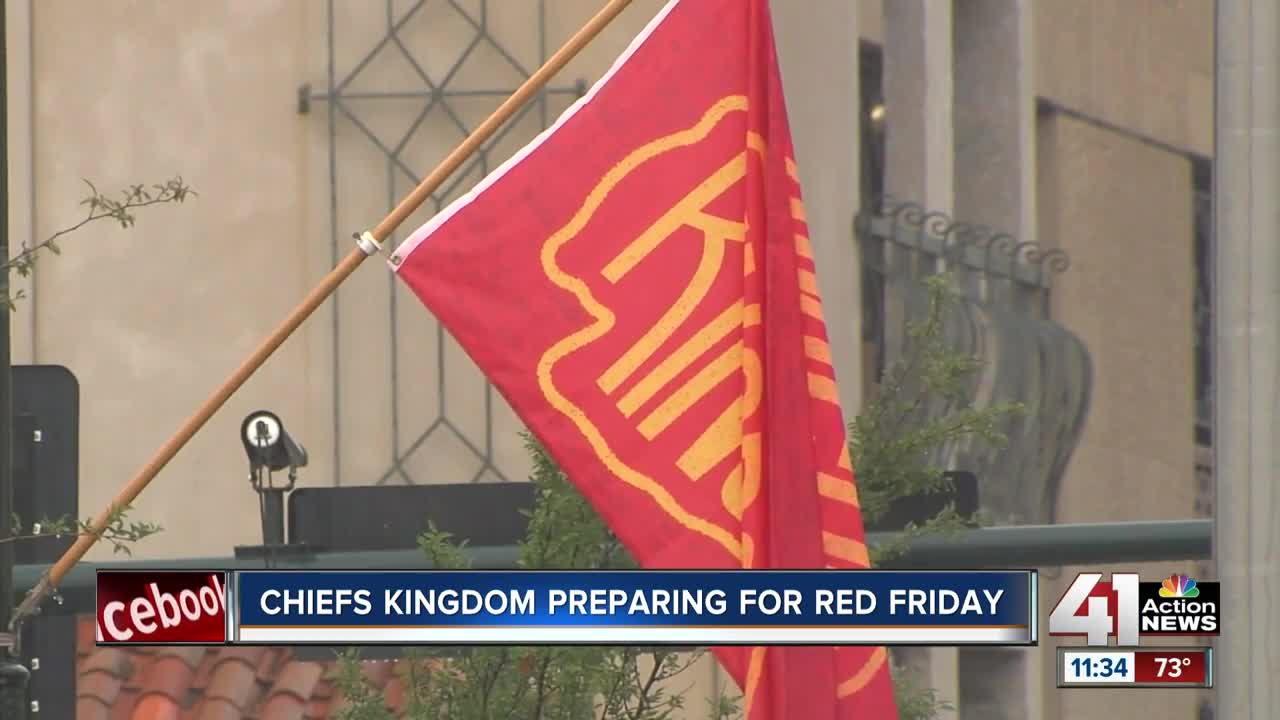 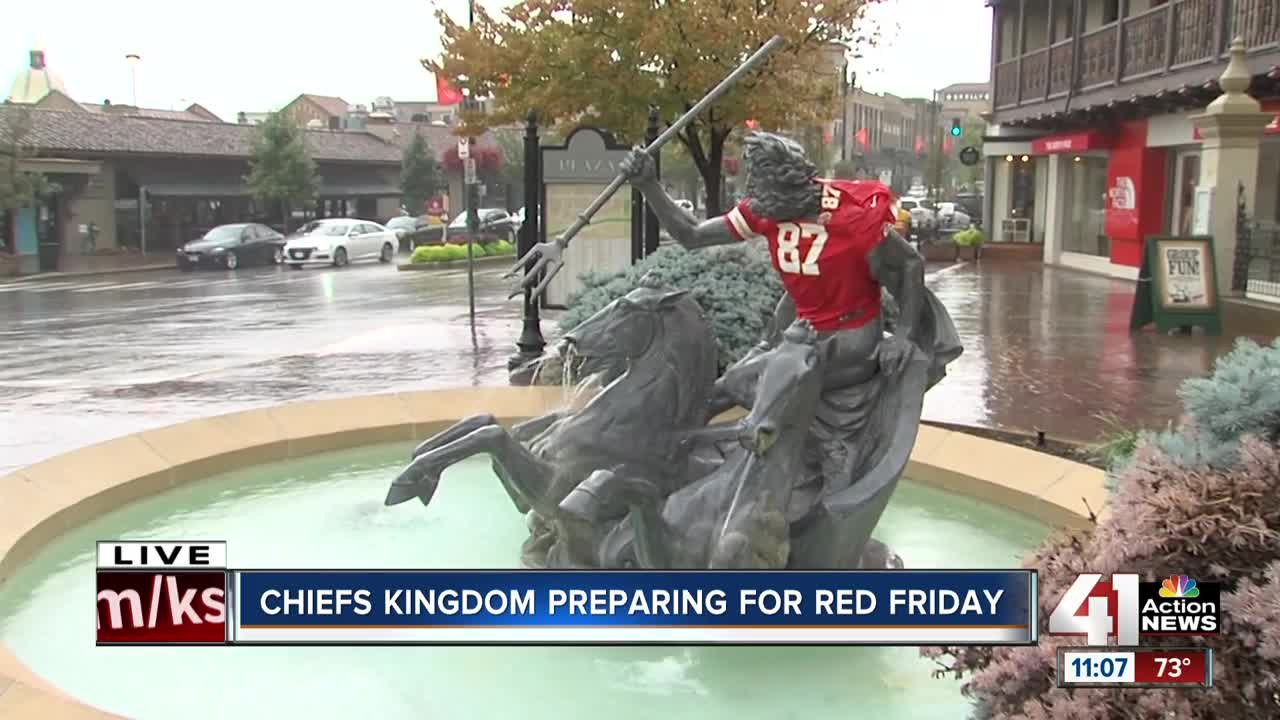 KANSAS CITY, Mo. -- The Country Club Plaza is now decked out in Chiefs gear as fans get ready for Red Friday.

Red Friday is in its 27th year where Kansas City celebrates the start of the Chiefs' season.

K.C. Wolf made his appearance as he decorated statues on the plaza with six Chiefs jerseys.

Looks like @kcwolf is satisfied with the work he's done here on the Plaza as folks prepare and get excited for #RedFriday!!! @Chiefs @41actionnews pic.twitter.com/GB8obzvvx2

Chiefs Kingdom flags were also put up along 47th Street.

"I think it’s a beautiful addition to the district. It adds a lot of momentum," Plaza Marketing Director Gayle Holmes said. "We love everything that Kansas City loves, so we really do get excited around here and you can always feel the momentum and the energy build."

Holmes said whether it's an away game or home game you can feel the energy on the Plaza.

The Chiefs will play the Los Angeles Chargers at 3 p.m. on Sunday.