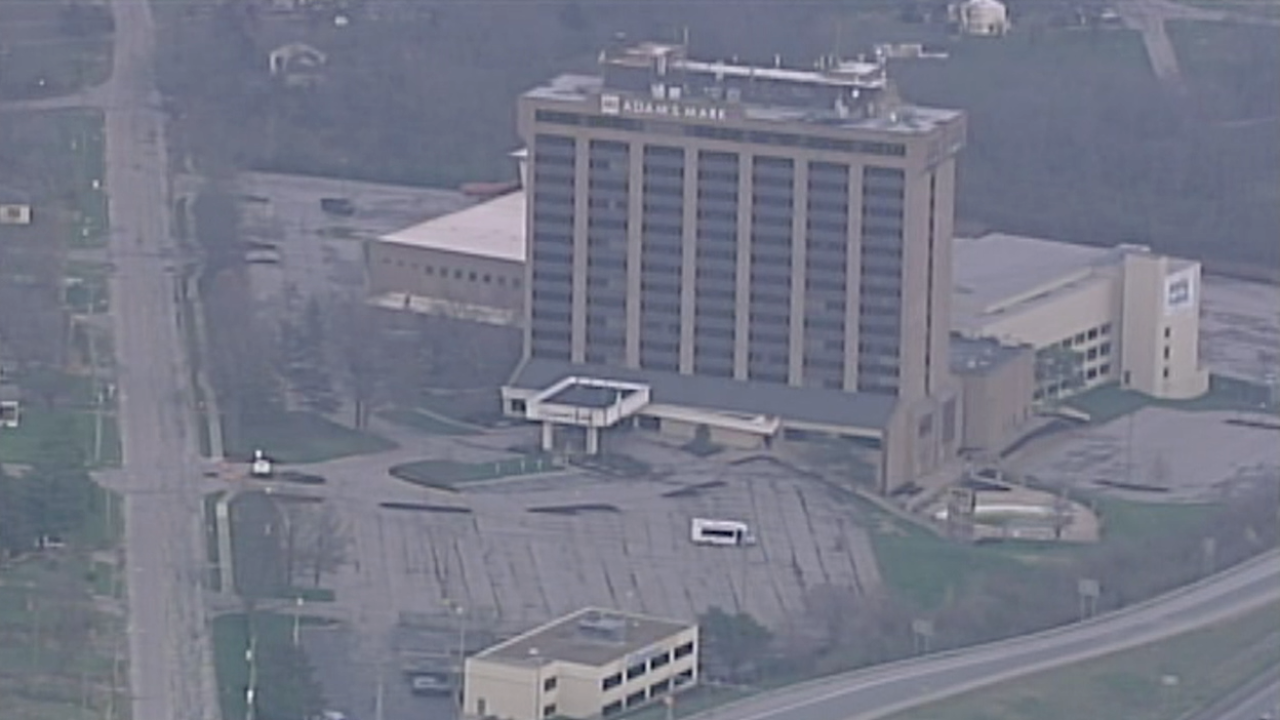 The Adams Mark Hotel & Conference Center, one of the most visible hotels in metro, closed on March 17.

The hotel sits just north of Interstate 70 and Blue Ridge Cutoff and is a familiar site to fans attending Kansas City Royals games.

In a letter to the Missouri Department of Economic Development and Kansas City, Missouri, Mayor Quinton Lucas, the hotel's general manager said the hotel would be shutdown indefinitely.

"In light of the Covid-19 national emergency that was declared March 13, 2020, the increasing number of restrictions and guidelines being issued by federal, state, and local authorities and the precipitous downturn in the hospitality industry, I regret to inform you that we have decided to shut down the Adams Mark Hotel indefinitely,'' General Manager Jason Milbrandt wrote in the letter.

Milbrant said in the letter he hoped the country would recover from the damage wrought by the COVID-19 outbreak.

If that happens, the hotel could reopen.

The hotel laid off 138 employees, retaining only a small crew to maintain the building and grounds.

The Crossroads Hotel at 2101 Central St. in KCMO suffered a similar fate.

The hotel, which was built in the former bottling and distribution plant for The Pabst Brewing Company, posted a message about the closure on its website.

"We're in unprecedented times,'' according to the statement from the Crossroads Hotel. "The spread of COVID-19 has disrupted every aspect of our lives and everything is changing quickly. As this issue has been escalated to pandemic-level, its is now preventing us from our top priority of protecting the health and well-being our of guests, our staff and our local community.''

Aparium, the company that owns the hotel, apologized in the statement for the closing and said they will update everyone when they reopen.

Late Friday, the Sheraton Kansas City Hotel at Crown Center announced Friday it would temporarily close in a post on its Facebook page.

The Sheraton's post said it regretted any inconvenience and hoped to reopen soon.