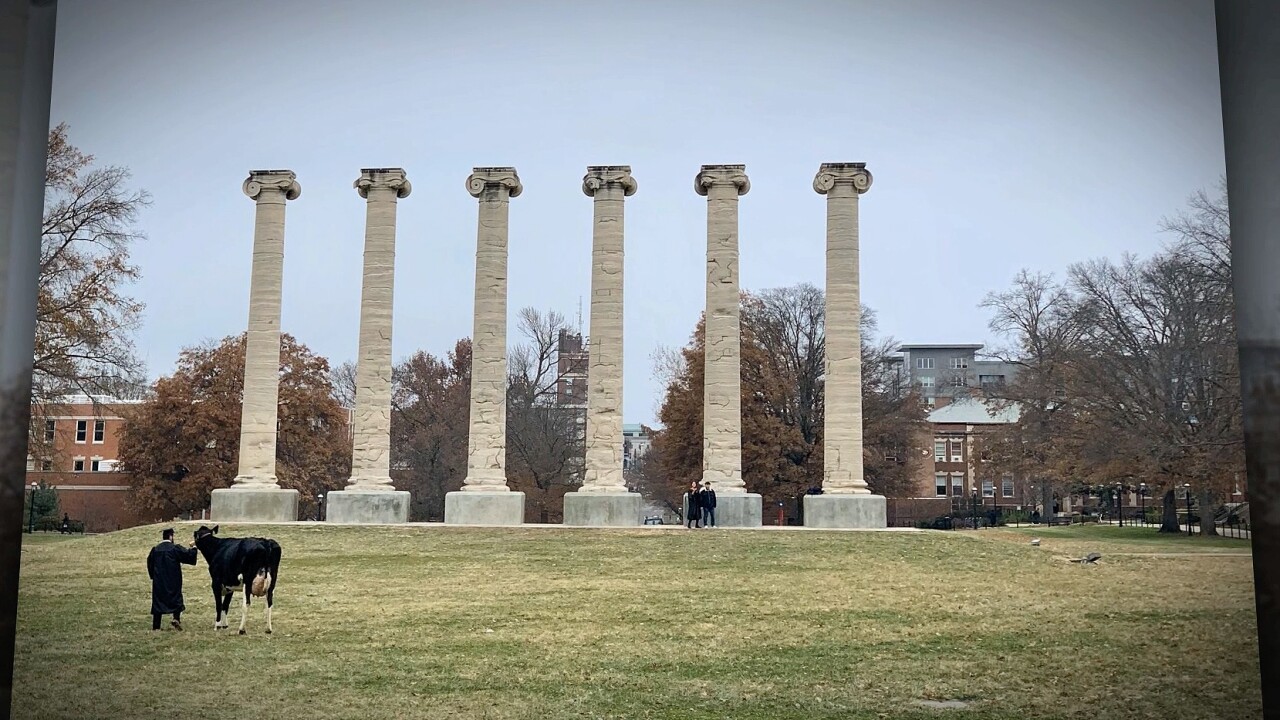 COLUMBIA, Mo. (AP) — University of Missouri students were stunned when a towering dairy cow appeared on campus to make a cameo in a graduation photo shoot.

Montalbano worked with cattle throughout his undergraduate studies with the university's Foremost Dairy Research Center.

Spain says it's not the first time a student has asked him to bring a cow to campus. But it was still a rare sight to unsuspecting bystanders.