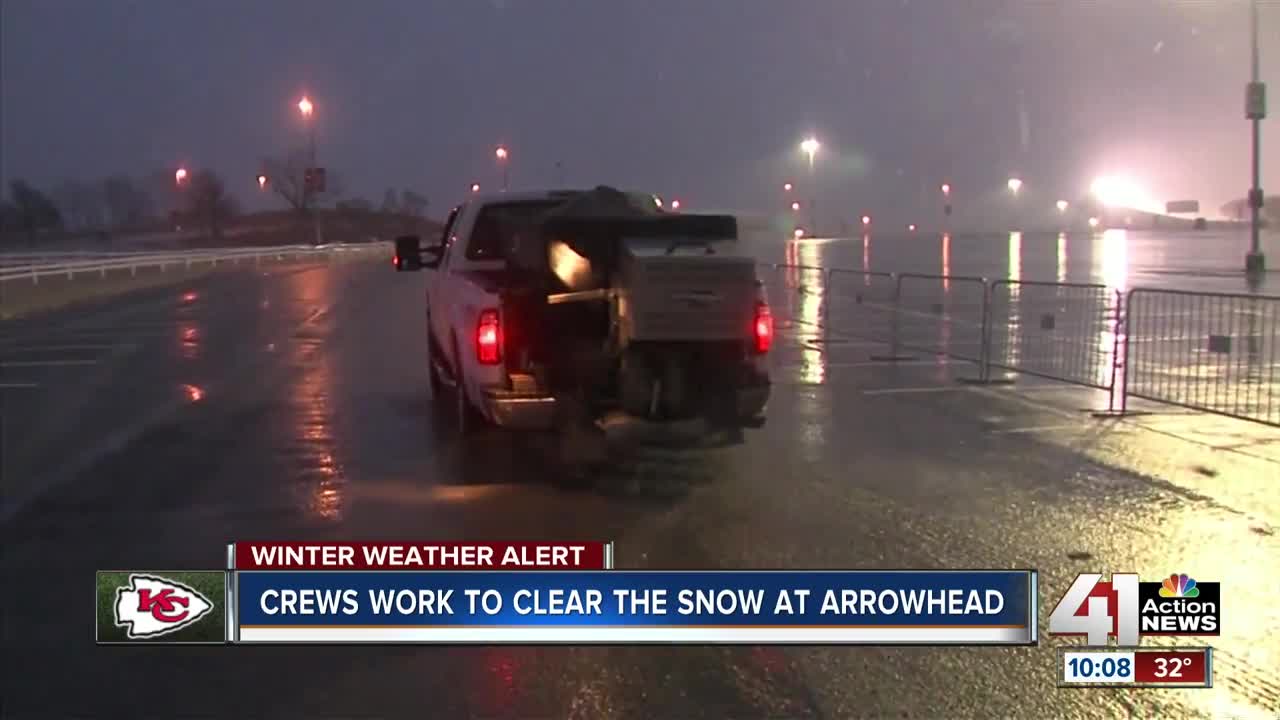 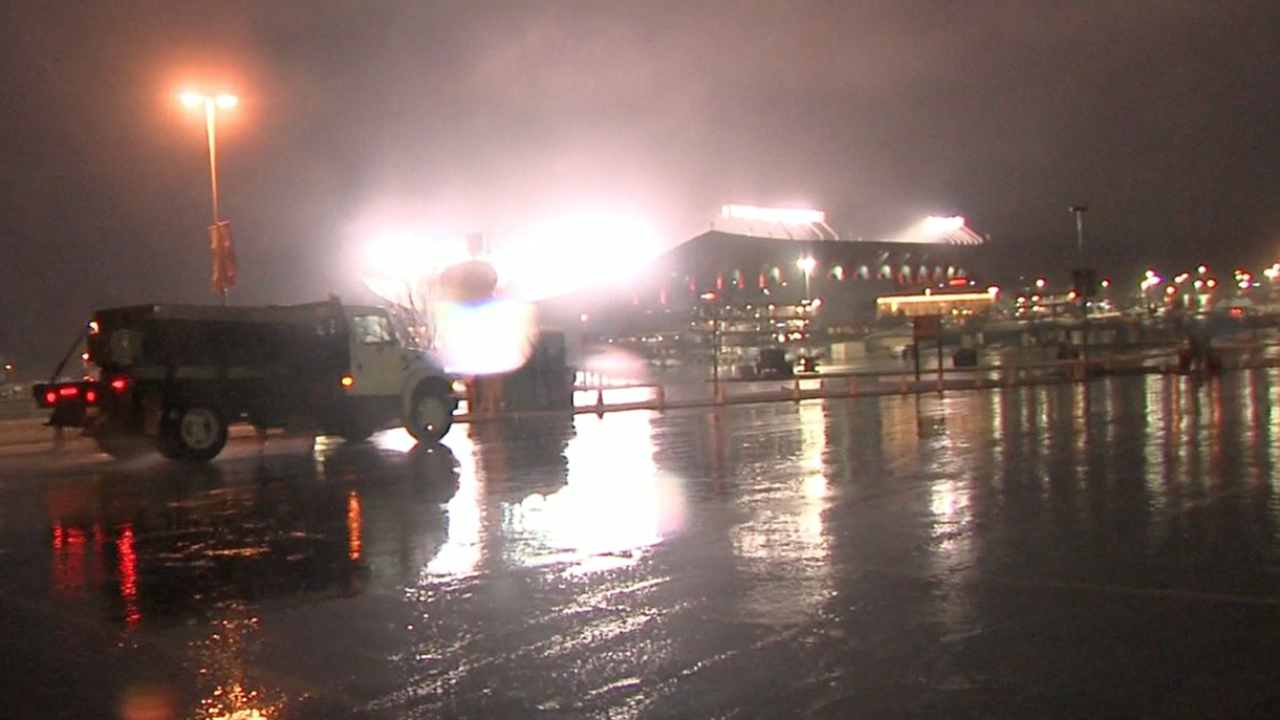 KANSAS CITY, Mo. — With the Chiefs playoff game only getting closer, crews worked through the night into Saturday to clear the Arrowhead Stadium parking lots & sidewalks of ice and snow.

“Timing is everything and time is something we don’t have out here,” he said. “This is a big challenge. It’s a big tackle.”

With the lights of Arrowhead Stadium shining as snow fell on Friday, the crews worked with all sorts of equipment to spread salt around the area.

The effort led to days of preparing and the team spending long hours outside in the cold rain and snow.

“If we don’t get our job done, the people that run the game can’t get in and do their job,” Martz said. “We wouldn’t have a game.”

Snow and slush began to accumulate in the parking lots around 9 p.m. on Friday.

For crew member Chase Roscher, the work led to a rush before the big playoff game.

“They’ll be no sleeping. We’ll be moving snow all night,” he said. “Honestly, the hardest part is going to sleep after you’ve been awake for 36 hours.”

After working through the night, Jim Martz told 41 Action News the team had at least one clear goal in mind.

“We just want to make sure to do a good job and get it all opened up before the gates open,” he said.

Martz’s team was expected to work on clearing all snow and ice up until 10:30 a.m. on Saturday.

Kickoff for the AFC Divisional Round playoff game at Arrowhead Stadium is scheduled for 3:35 p.m.