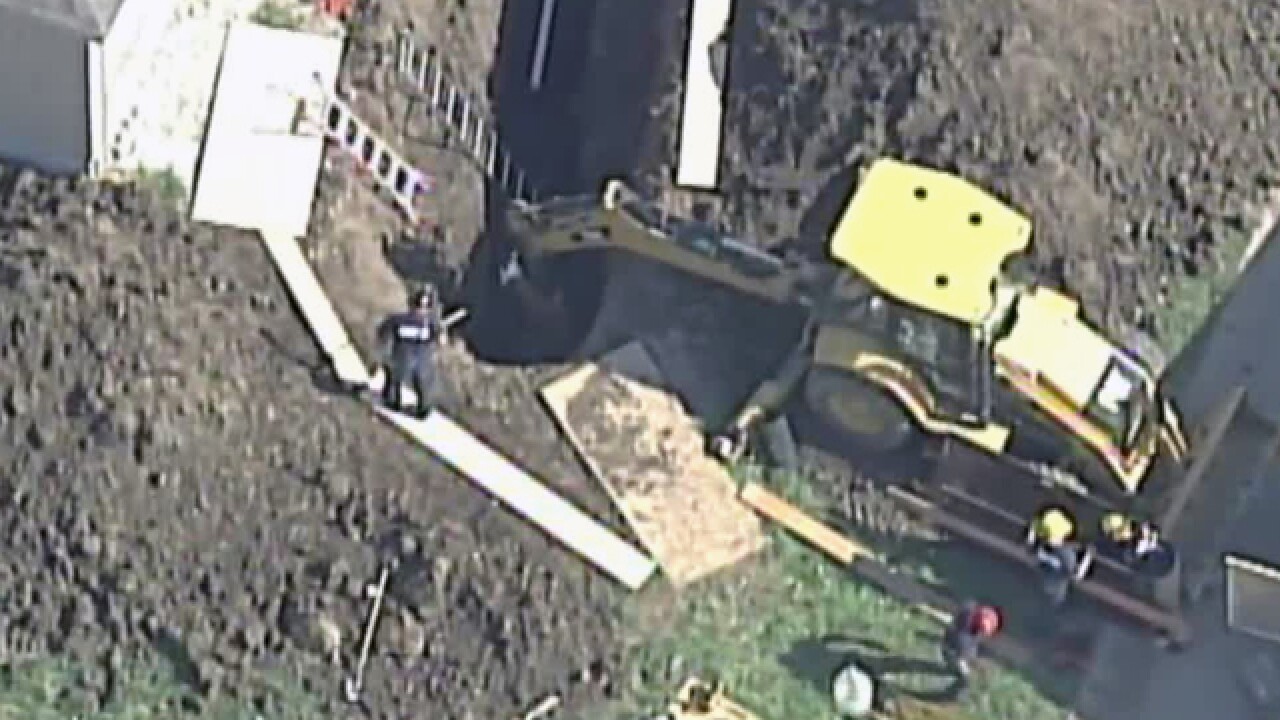 Copyright 2018 Scripps Media, Inc. All rights reserved. This material may not be published, broadcast, rewritten, or redistributed.
<p>Crews work to rescue a worker stuck in a trench near SE 8th Street and Moreland School Road in Blue Springs, Missouri on Monday, Aug. 27, 2018. </p> 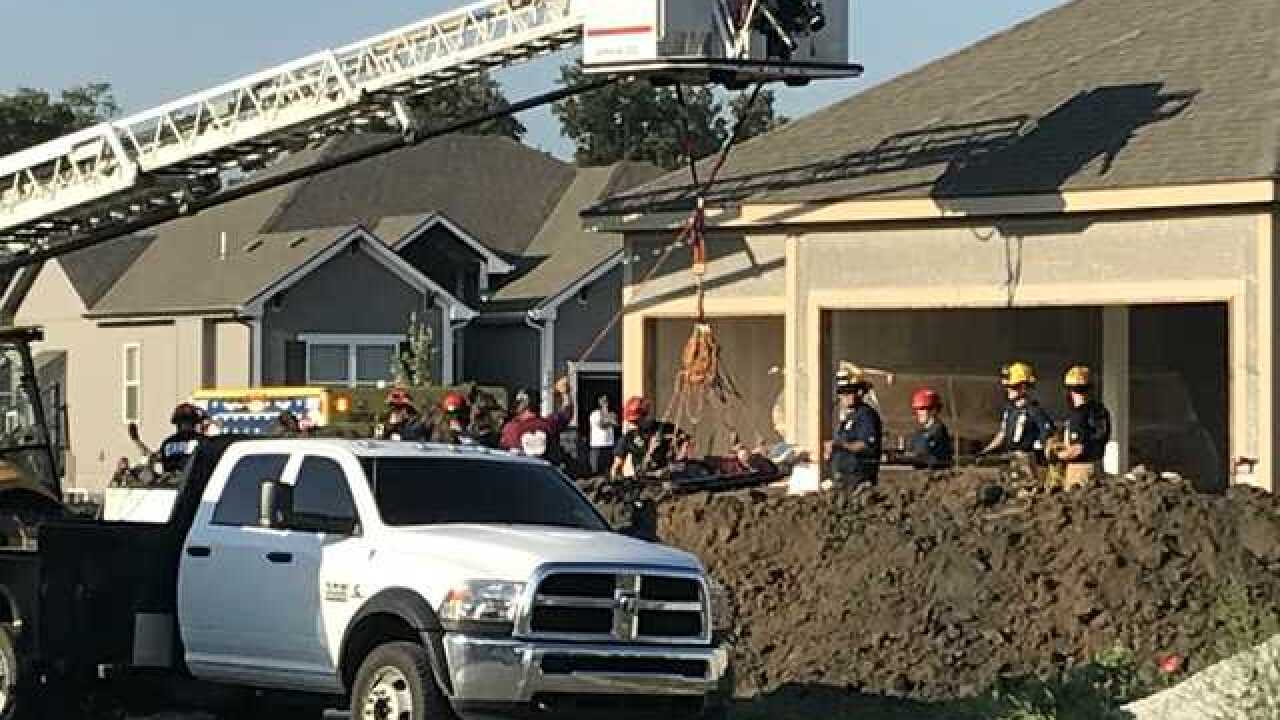 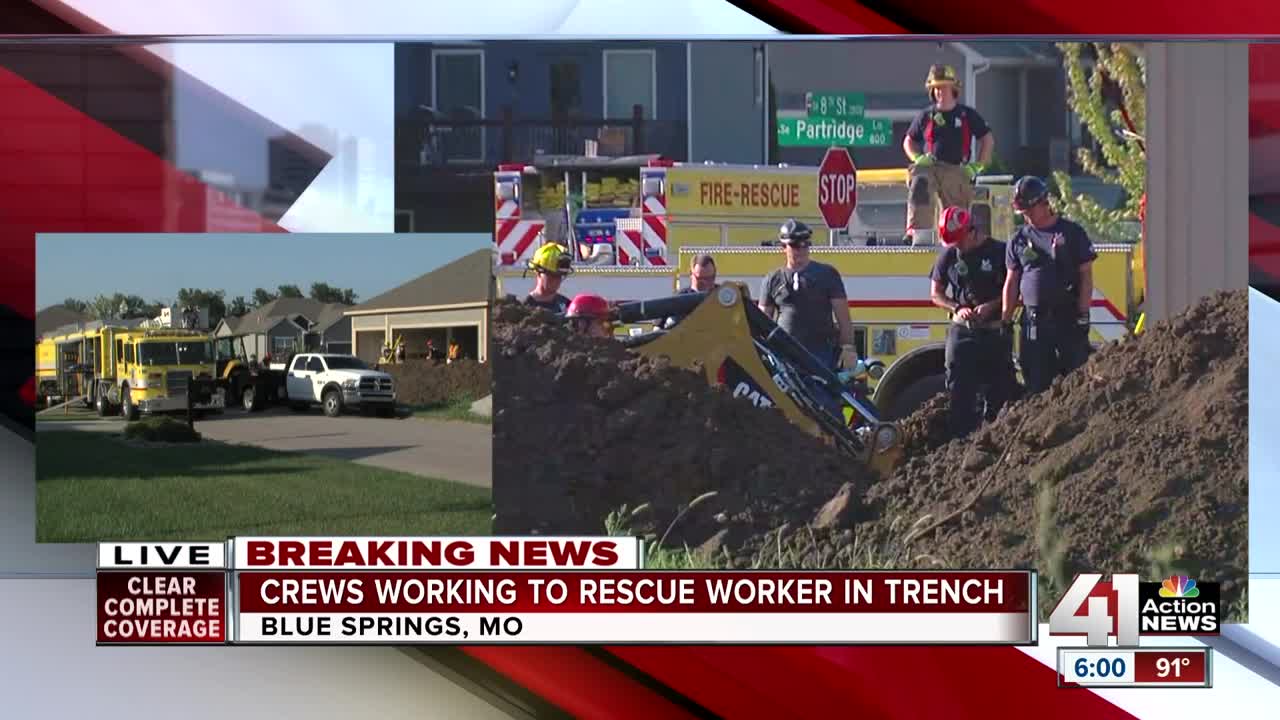 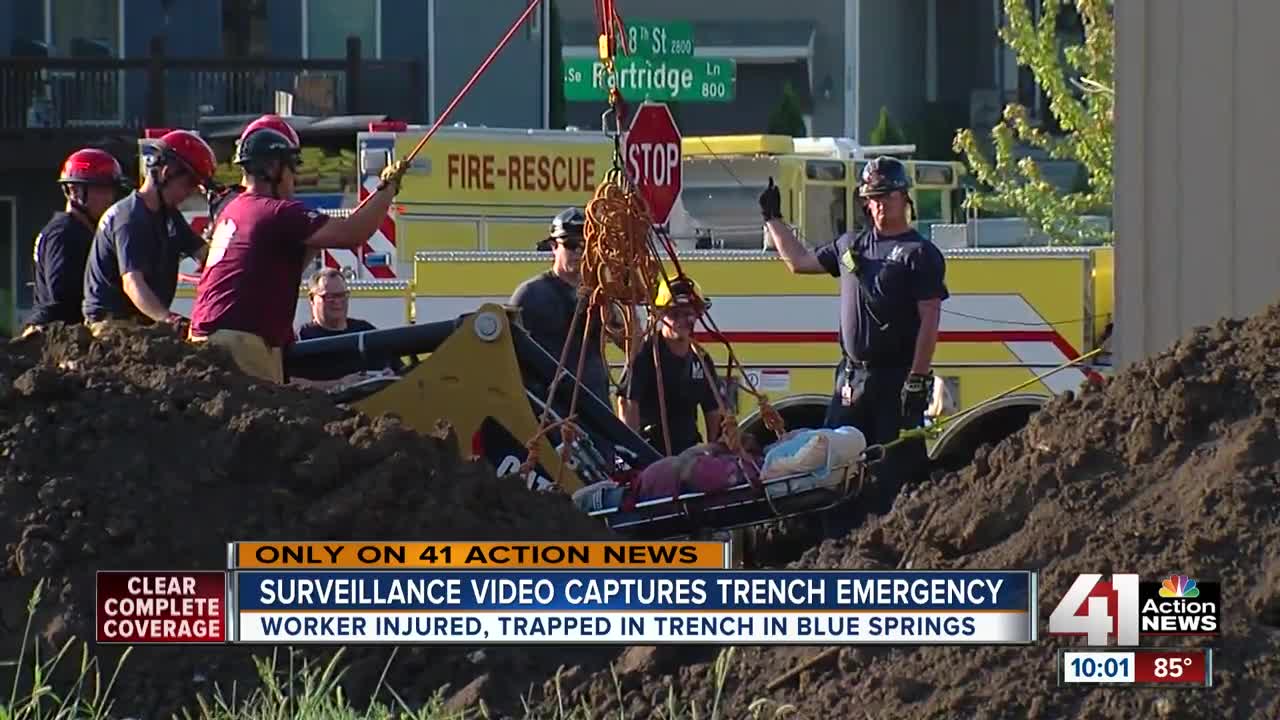 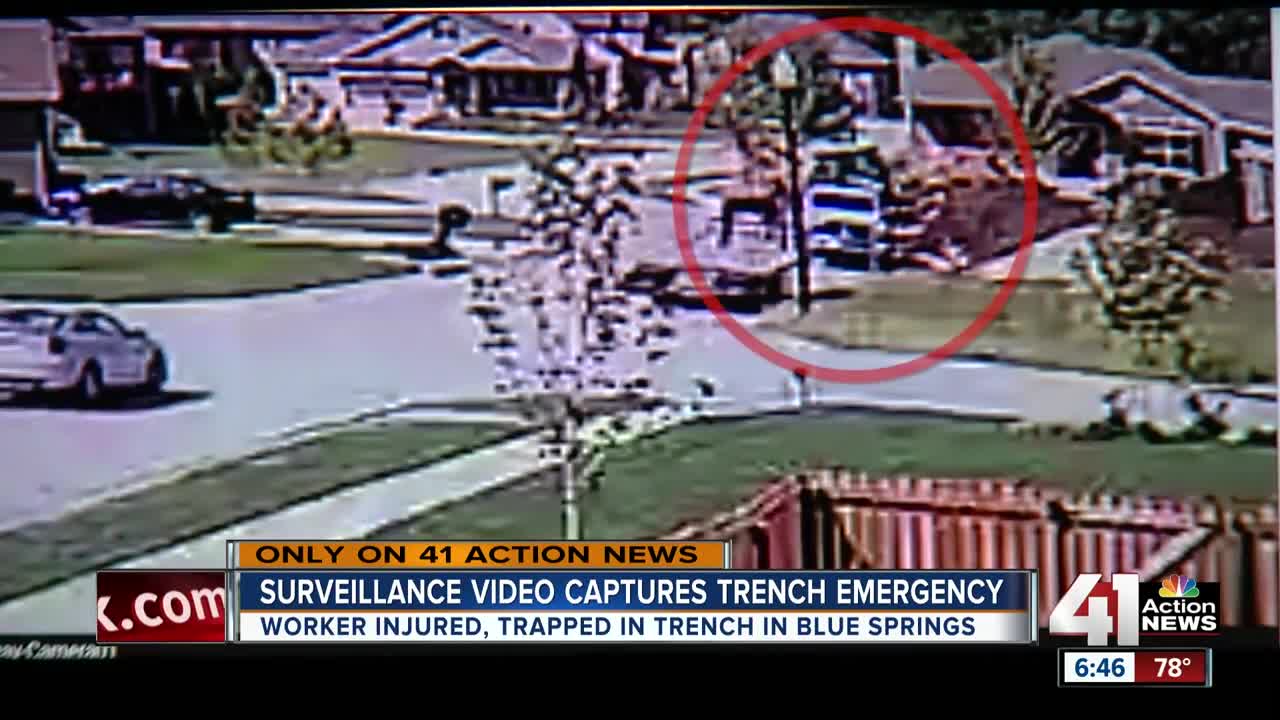 Central Jackson County Fire Chief Eddie Saffel said the worker was in the trench when he was injured. He said a piece of equipment swung and hit the worker. They believe the worker might have a broken leg.

He was pulled from the trench on a stretcher at about 6:20 p.m.

A paramedic was on the edge of the trench talking with the worker and making sure he was OK.

Emergency crews shored sides of the trench as they worked to rescue the worker.

A spokesman for the Central Jackson County Fire Protection District said there’s been no collapse inside the hole.