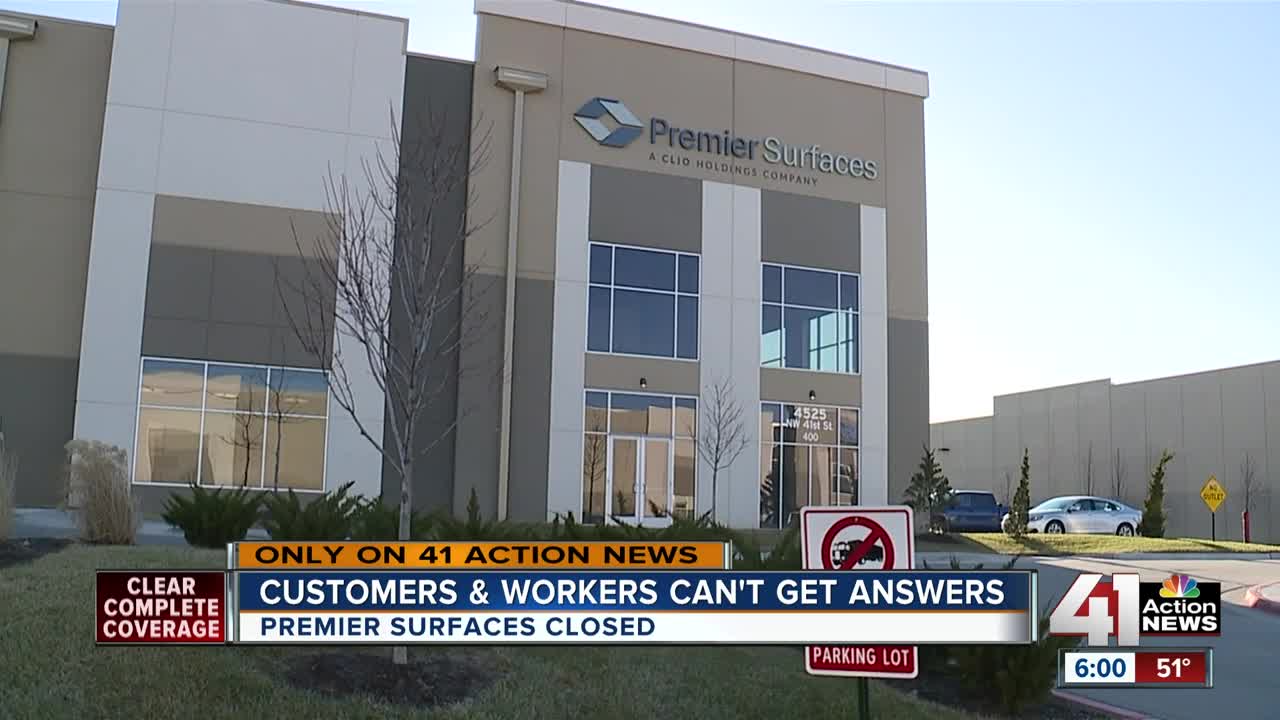 The decision by Premier Surfaces to terminate 200 jobs in the metro and close shop around the country has left customers and businesses in the dark about the status of orders for new homes or renovations. 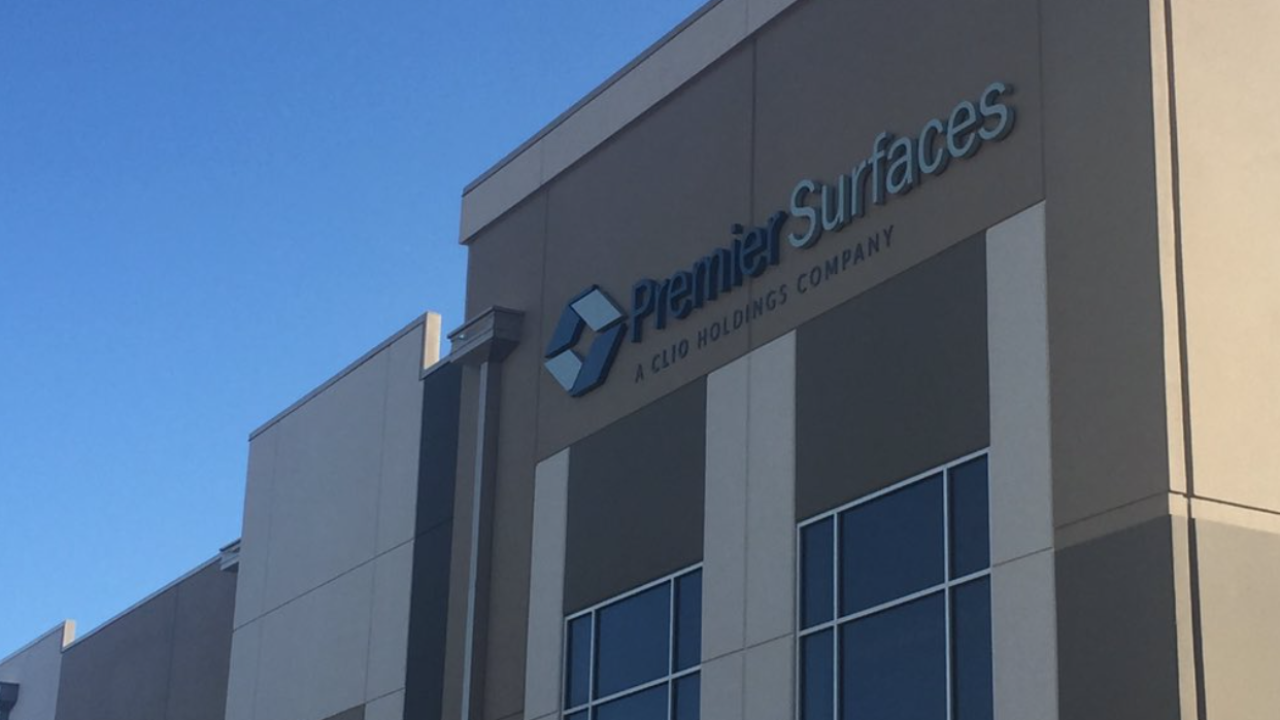 RIVERSIDE, Mo. — Premier Surfaces' decision to terminate 200 jobs in the metro and close shop around the country has left customers and businesses in the dark about the status of orders for construction and renovation projects.

The custom countertop manufacturer notified employees of the decision to close and lay off all staff earlier this month.

Samantha Sherlock, who worked for Premier Surfaces for almost two years, said the announcement was tough to believe.

“It’s very shocking to work for someone and be told via email that you’re fired with no benefits or explanation,” she said.

Sherlock, along with many other employees, cleared out her things Monday from the company's Riverside office. By Tuesday, the doors were locked at the facility.

“It’s tough to comprehend what’s going on,” Sherlock said. “There’s real frustration knowing you were giving your all to a company and they can’t even give you an answer on what happened.”

Along with employees, customers and businesses that already had placed orders were left asking questions about what would happen after Premier Surfaces closed its doors.

On Facebook, one customer said Premier Surfaces offered no notice of the decision, which left him with a new kitchen island but no countertop to go along with it.

Reached Tuesday by 41 Action News, a chief restructuring officer with Clio Holdings, which owned Premier Surfaces, offered no comment when asked about possible assistance for customers.

That leaves companies, like Nebraska Furniture Mart, which conducted business with Premier Surfaces, to handle the aftermath on their own.

“Our priority is getting our customers taken care of,” Nebraska Furniture Mart said in a statement to 41 Action News. “ We immediately identified all impacted customers and are working with each of them to find the best solution.”

Nebraska Furniture Mart said impacted customers should call the local store at 913-288-6200 and ask to be connected to the flooring customer service department.

Customers who used other companies to buy Premier Surfaces products should reach out to that business for guidance moving forward.

Even after being swept up among the 200 employees terminated, Sherlock hopes help comes soon for her former customers.

“We really want to get customers taken care of,” she said. “They’ve paid money to retailers or suppliers and they just need some answers.”