Demonstrators return to Plaza for ninth day of protests 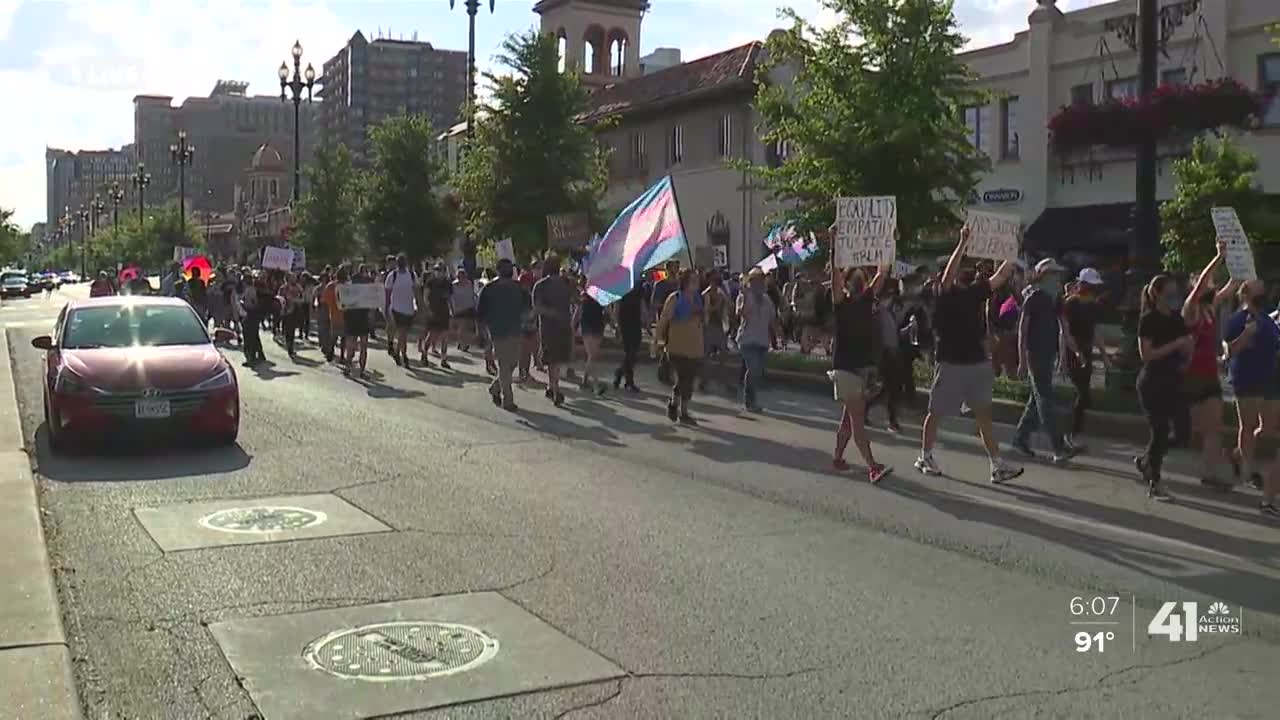 The LGBTQ community took part in protests on the ninth consecutive day of protests at the Country Club Plaza. 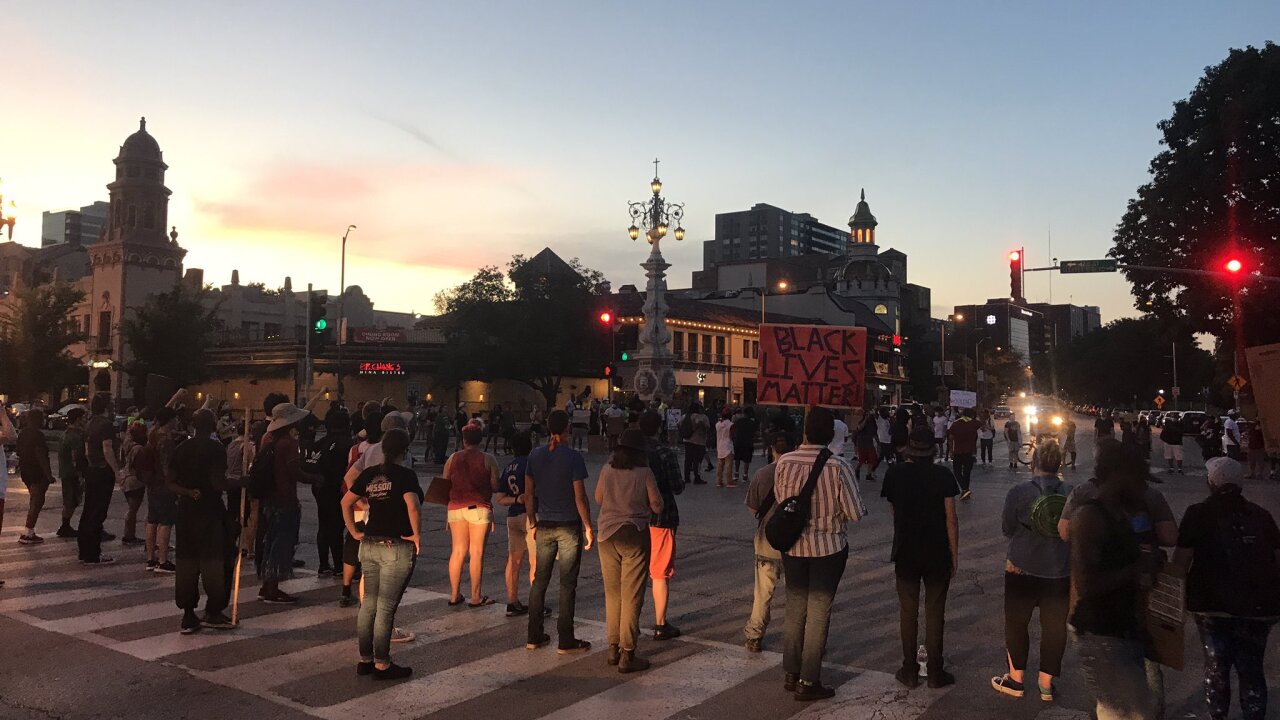 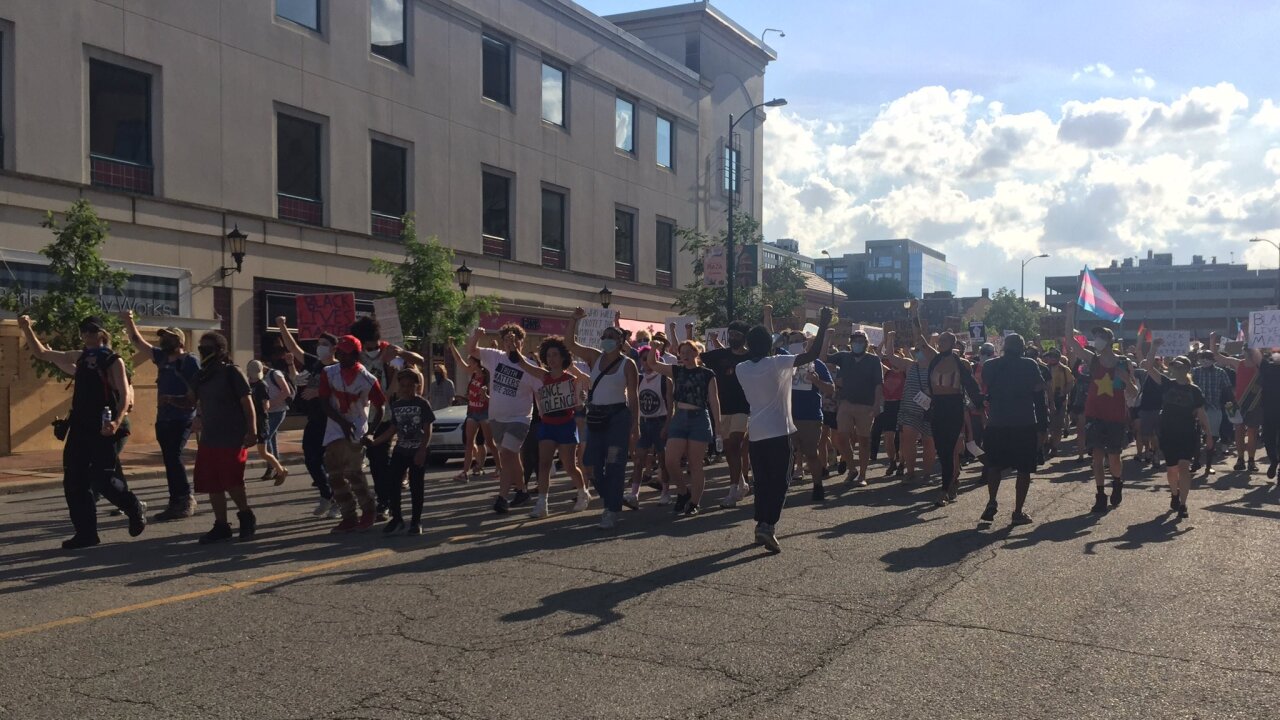 KANSAS CITY, Mo. — Protesters returned to the Country Club Plaza for the ninth day straight in response to the death of George Floyd, including those in the local LGBTQ community.

The Black Lives Matter has Pride rally initially began at the Plaza, but those in attendance soon marched west on Emanuel Cleaver II Boulevard.

They continued south on Pennsylvania Avenue, east on J.C. Nichols Parkway, north on Central Street and east on Cleaver.

Kansas City, Missouri, police have blocked off streets for the protesters.

Protesters again left the Plaza, stopping at Central Street and Nichols Road and later holding a moment of silence.

Second march of the evening stops at the intersection of Nichols Road and Central Street on the @ThePlazaKC.#kcprotests @41actionnews pic.twitter.com/xonX06YnIr

Marches continued throughout the night, passing by St. Luke's Hospital and heading toward Mill Creek Park.