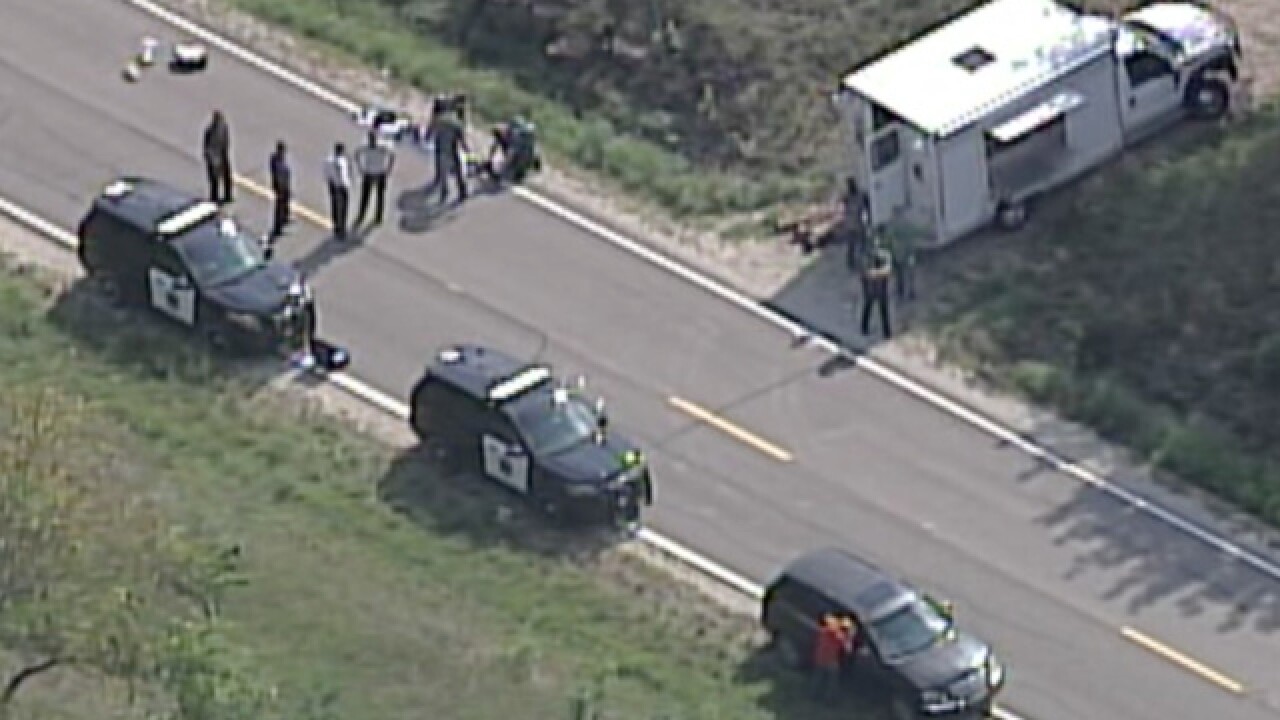 KANSAS CITY, Mo. — Two Miami County Sheriff's deputies and a suspect were hospitalized Wednesday after they became ill during a welfare check along the side of the road.

The Miami County Sheriff’s Office said at 1:30 p.m. a Miami County deputy checked on an SUV that was stopped along the edge of the road on Old Kansas City Road north of 239th Street. A second deputy arrived soon after to assist.

The sheriff’s office said after an investigation, the driver and sole occupant of the SUV was arrested for possessing drug paraphernalia and narcotics. Once arrested, the suspect became ill. The two deputies also became sick.

Emergency services arrived and transported all three to the hospital. By Thursday morning, both deputies had been released from the hospital but the suspect remained in the hospital, a spokesman for the Miami County Sheriff's Department told 41 Action News.

The Miami County Sheriff’s Office doesn’t know what caused the three to get sick but believes it might be linked to the narcotics or another substance in the car or on the suspect.

The suspect had overdosed.