Despite rain, thousands celebrate Fourth of July at KC RiverFest 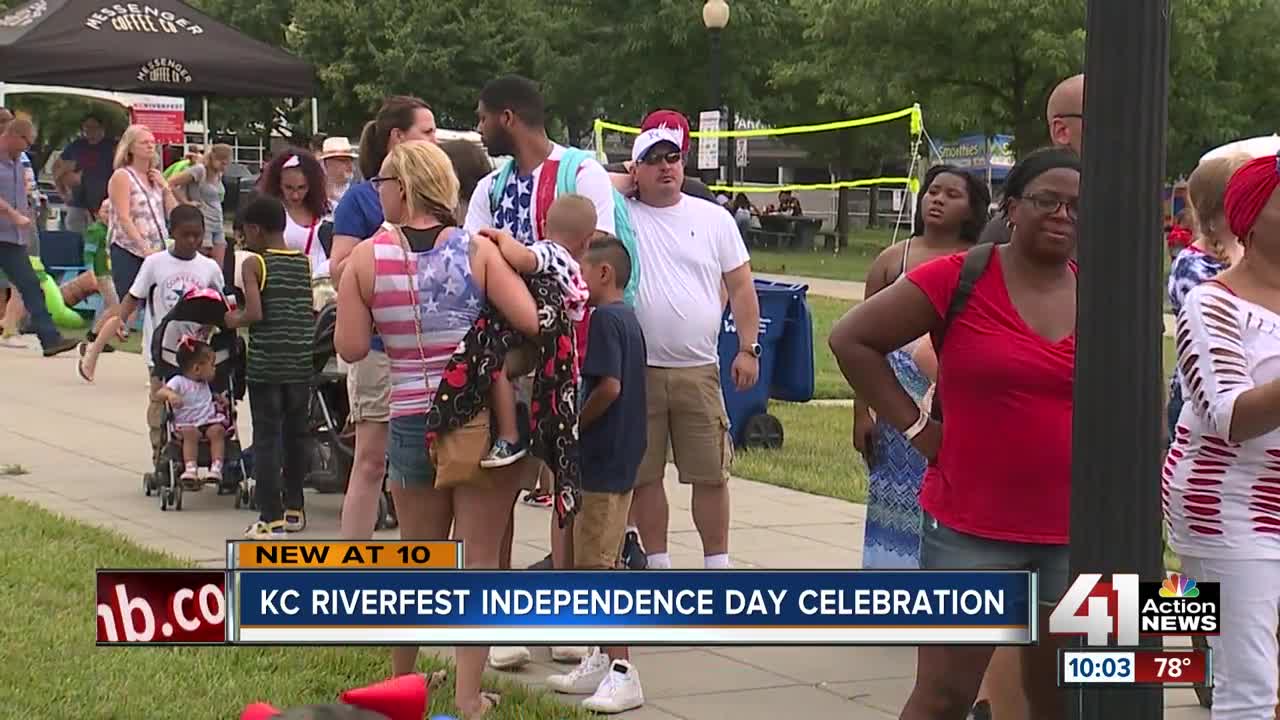 Despite gray skies and occasional drizzling, tens of thousands of spectators took in the Fourth of July festivities at Berkley Riverfront for the 14th annual KC RiverFest. 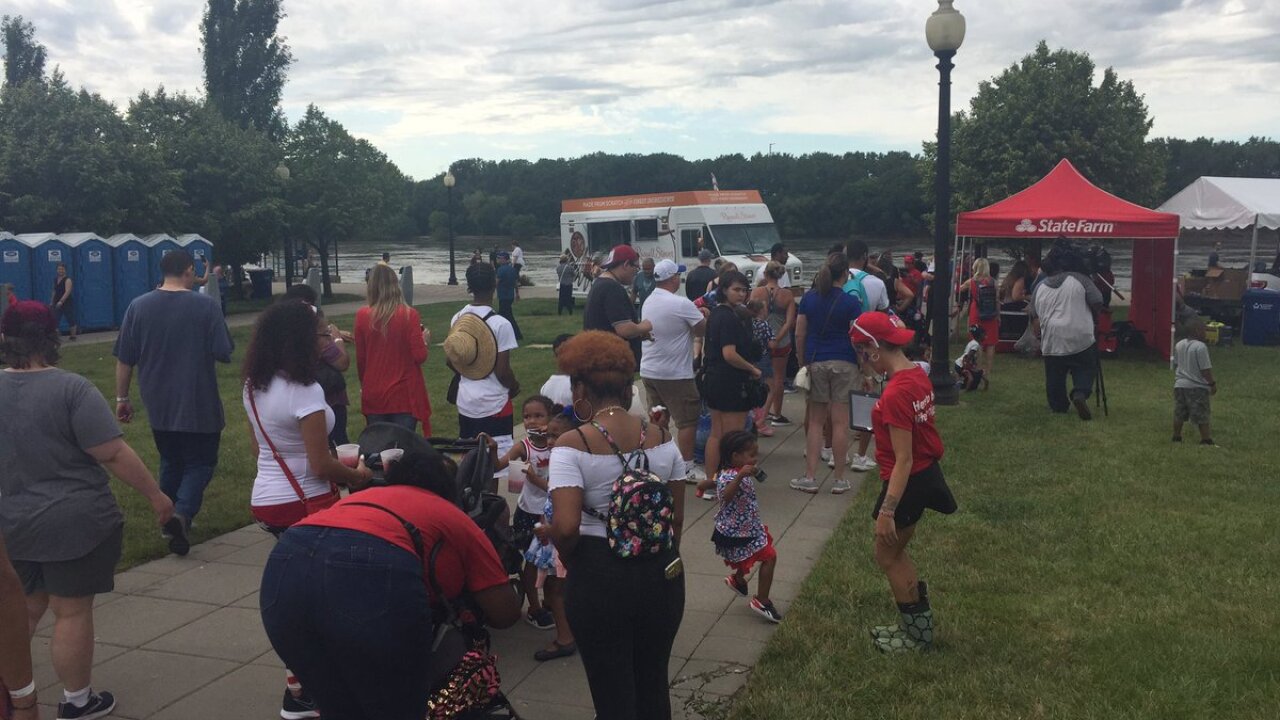 KANSAS CITY, Mo. — Despite gray skies and occasional drizzling, tens of thousands of spectators took in the Fourth of July festivities at Berkley Riverfront for the 14th annual KC RiverFest.

Last-minute showers, however, delayed the grand finale by about 40 minutes, causing many to leave before the fireworks display. When it finally began at 10:30 p.m., the show featured around 500 shells being fired off over 21 minutes.

Before the fireworks, attendees celebrated the holiday with local food vendors, DJs and musicians. Gates opened at 3 p.m. on Thursday.

After driving over an hour from Parker, Kansas, Jennifer and Gale Grizzle got a front-row seat on the Missouri River for festivities.

At the start of the day, organizers expected around 60,000 people to attend KC RiverFest.

While it's unknown how many people chose to stay home due to possible bad weather, organizer Stefan White told 41 Action News that KC RiverFest serves as a special Kansas City tradition.

“A lot of these Independence Day celebrations have closed over the last several years,” he said. “It’s nice to see something this strong, this powerful and this well-attended.”

With the event bringing so many people together, those who attended said the celebration helped mark a special holiday.

“It means freedom,” Zac McMullen said. “It means all the different generations that sacrificed to get us where we are today.”