Phase 1, which is slated to cost $205 million, will cover nearly 92 acres of a site near 159th Street and Antioch Road and just east of U.S. 69 Highway in south Johnson County. 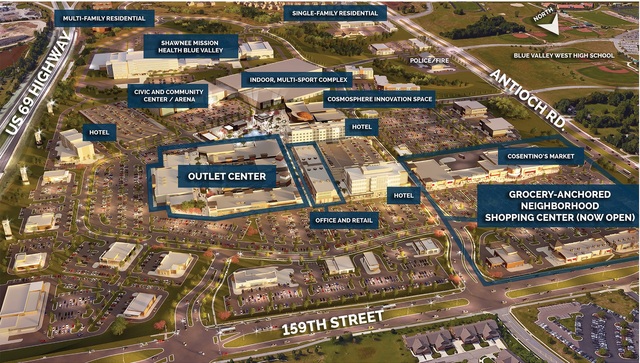 Other details announced include:

“The Cosmosphere Innovation Space will be an immersive, STEM and exploration experience for youth and families,” Doug Price of Price Brothers, the developers of the project, said in a release. “With all the fast-moving innovation in technology and science, the new project area sequencing allows us the time needed to create the most contemporary and dynamic programming.”