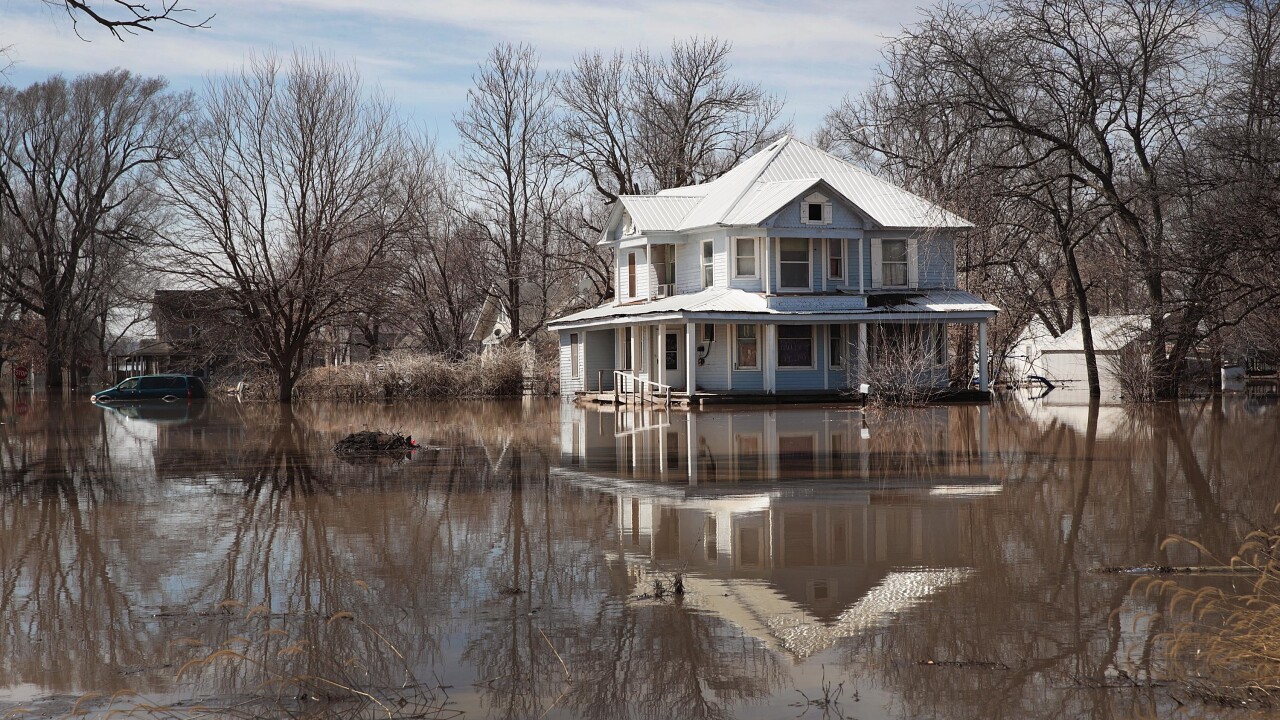 Copyright 2019 by Getty Images
Scott Olson/Getty Images
CRAIG, MISSOURI - MARCH 22: A home is surrounded by floodwater on March 22, 2019 in Craig, Missouri. Midwest states are battling some of the worst flooding they have experienced in decades as rain and snow melt from the recent "bomb cyclone" has inundated rivers and streams. At least three deaths have been linked to the flooding. (Photo by Scott Olson/Getty Images)

The declaration was announced Monday night. Republican Gov. Mike Parson requested the declaration in April, before a second round of flooding earlier this month caused significant damage in eastern Missouri, particularly along the Mississippi River.

Most of the counties are in northwestern Missouri, where the Missouri River reached near-record levels in March. A few are in southeast Missouri.

Heavy snow melt from the north and significant spring rains have led to waves of flooding in Missouri. With strong storms predicted through Tuesday, forecasters expect rivers to rise again in the coming days.