Doctors said she wouldn't live this long. But now, a 5-year-old from Menomonee Falls is the strongest she has ever been. 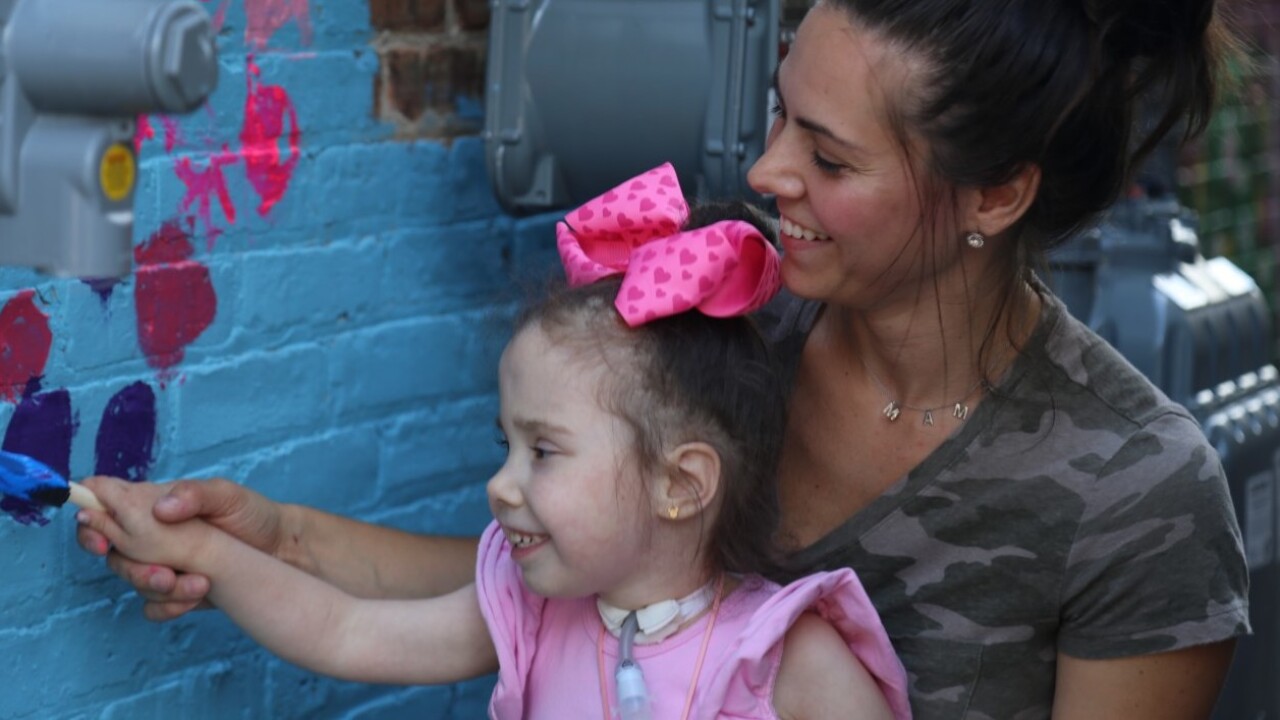 MENOMONEE FALLS, Wis. — Doctors said she wouldn't live this long. But now, a 5-year-old from Menomonee Falls, Wisconsin, is the strongest she has ever been.

"But she came out and she’s stronger than ever right," said Vivian Johnson's mom, Sarah.

Behind her infectious smile is the resilient spirit of someone who has overcome more than anyone thought possible.

Vivian has had 55 surgeries because of a rare neurological disorder called Chiari Malformation. Her skull is an abnormal shape that pushes brain tissue into her spinal canal. Doctors didn’t think she’d live this long, but Vivian is strong.

"Since about February, she’s the healthiest she’s ever been,” Vivian's mom said.

Vivian can't walk perfectly on her own. Often she uses a walker, stroller, or wheelchair. She is connected to a respirator and can't talk too much, so she uses sign language. However, none of that takes her patented ear to ear smile away.

Two weeks before her sixth birthday, she shared an alleyway with other artists to bring her message to the world.

She's got a smile that melts your heart and a spirit stronger than any others. Meet 5-year-old Vivian Johnson. pic.twitter.com/OuY0CNuyha

"To remain hopeful and faithful and even if things seem like they’re not going the way they should you can come out on top and she’s just a true testament of that," Vivian's mom said.

She painted 229 balloons, one for reach day she spent in the NICU at a children's hospital.

It's a reminder to keep our spirits up, floating like a balloon, no matter what we're going through.

"And if she can do that with all that she’s has to go through, there's no reason we can't carry on," Vivian's mom said.

Because sometimes things are out of our control. But a smile is never one of them.

“Vivian is literally the happiest child I've ever met. She always always has a smile on her face. She loves meeting people and being out. She compliments everyone by telling them they're cute," Vivian's mom said.

The mural should be done in the next week or so. The family also has a GoFundMe to help with medical costs. You can donate by clicking on this link.

This story was originally published by James Groh at WTMJ.