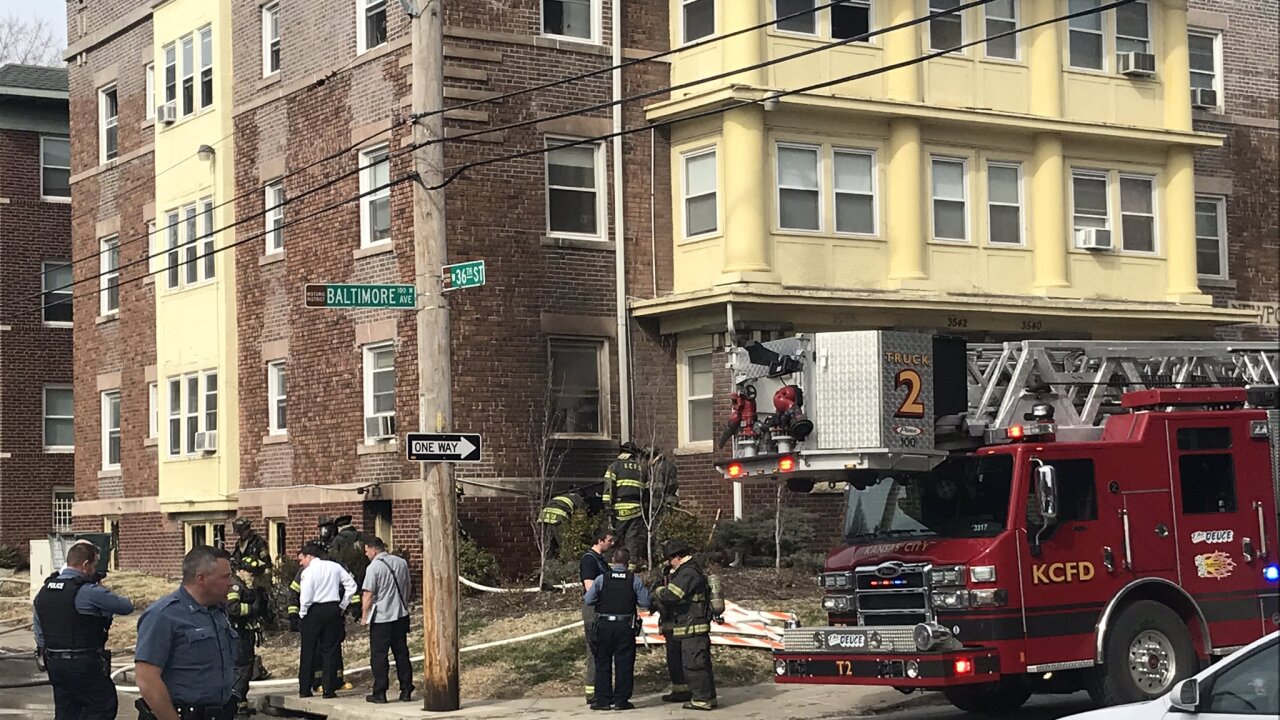 KANSAS CITY, Mo. — A dog and cat were killed, but no residents were injured in an apartment fire at 35th & Baltimore Saturday morning.

Emergency crews were called to the three story apartment building about 10:45 a.m.

Heavy smoke was reported coming from a bottom floor apartment

Assistant Fire Chief Jimmy Walker said the fire was contained to one apartment, but several others suffered smoke damage.

One dog and one cat were killed in the fire, but one cat was saved by firefighters.

The cause of the blaze is still under investigation.