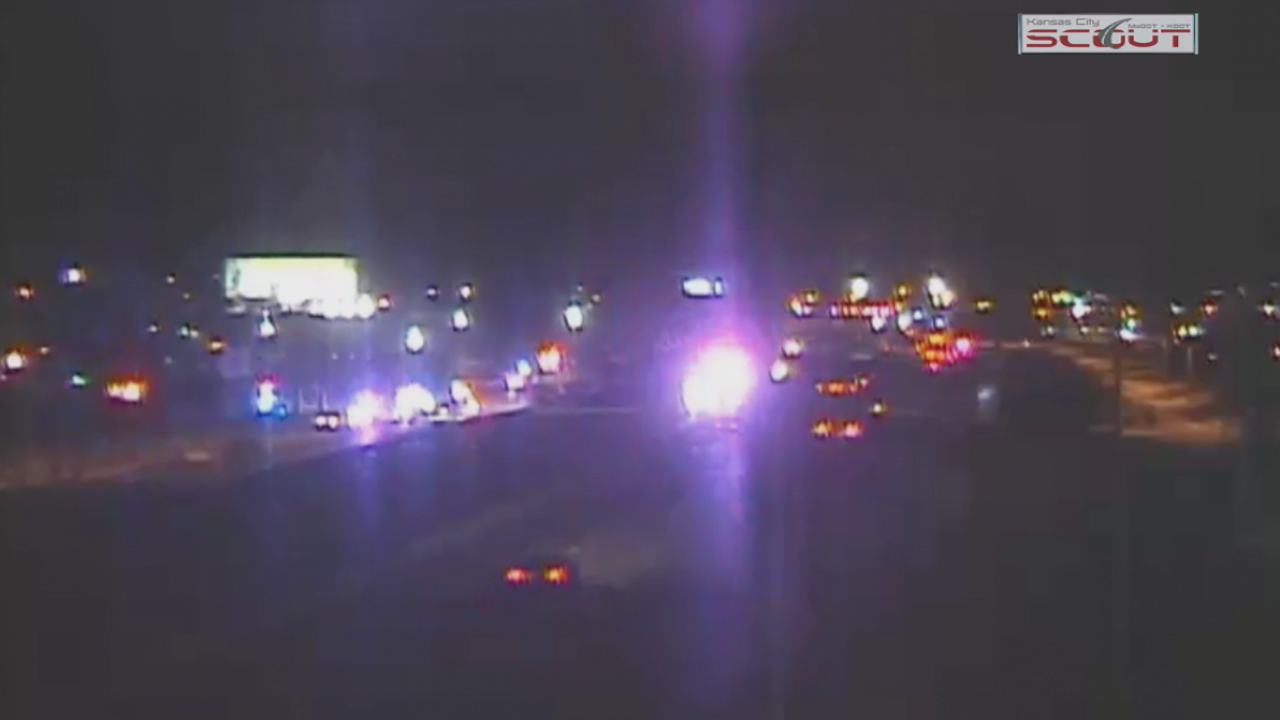 KANSAS CITY, Mo. — One person is in critical condition after a crash on Interstate 70 Thursday morning.

According to Kansas City, Missouri, police, the crash happened on westbound I-70 near Brooklyn Avenue just after midnight.

Police believe a gray Infiniti stopped in the middle lane of interstate traffic to look at a house fire on Brooklyn Avenue.

A black BMW's driver also looked at the fire, and looked back at the roadway to see the stopped Infiniti. That driver could not stop before hitting the Infiniti.

Police said both vehicles moved to the left after the collision and struck the concrete barriers.

The driver of the Infiniti was taken to the hospital with life-threatening injuries. The other driver was not injured.

KCFD said the fire was in a vacant home. No one was hurt.