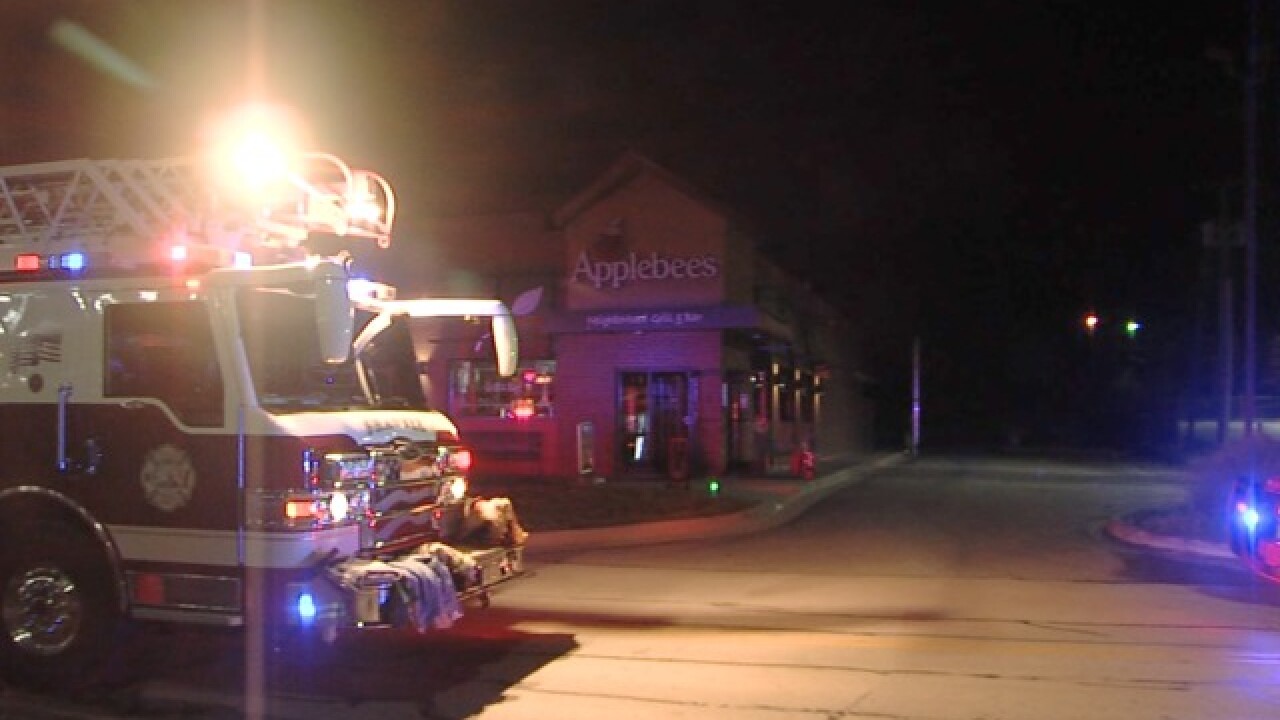 SHAWNEE, Kan. - A fire broke out at the Shawnee Applebee's restaurant early Sunday morning, but damage was reportedly contained to the kitchen.

Fire Marshal Corey Sands says that around 3:30 a.m., a police officer on routine patrol smelled smoke, and after an investigation, discovered smoke coming from the Applebee's restaurant at 11500 Shawnee Mission Parkway.

Fire fighters arrived to light smoke inside the restaurant and a small fire in the kitchen.

Crews were able to contain the fire to cooking equipment.

Damages are estimated at $25,000, and the restaurant is closed until repairs can be made.