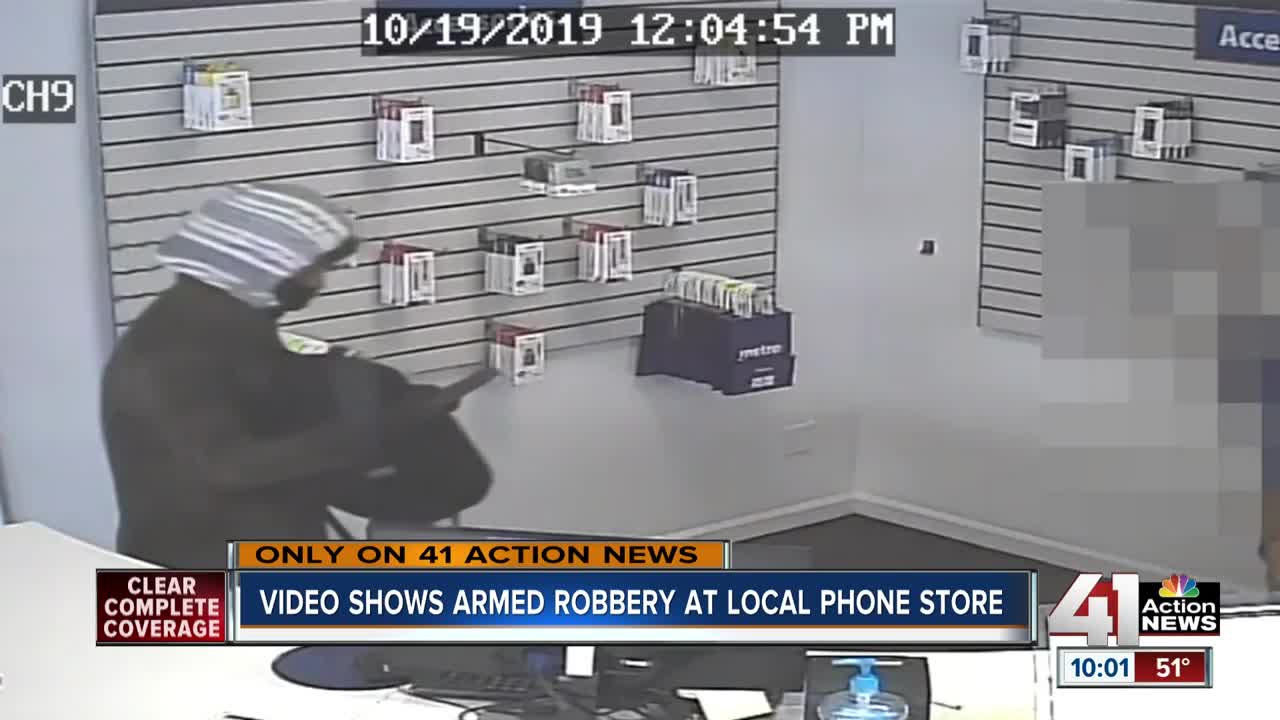 KCPD are looking for the public's help in identifying suspects in the robbery of a Metro PCS. 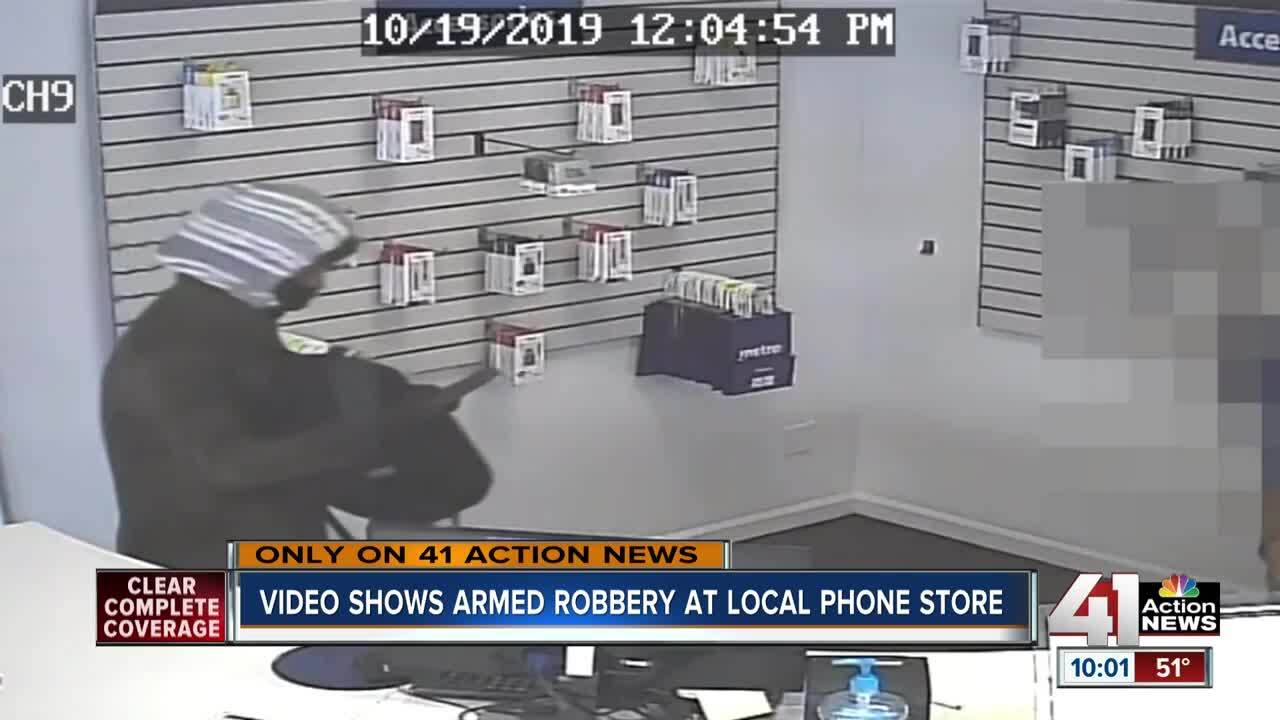 KANSAS CITY, Mo. — The Kansas City, Missouri, Police Department released surveillance video of an armed robbery from Oct. 19 at the Metro PCS store near East 72nd Street and Prospect Avenue with the hope tips from the public can help identify the suspect or suspects involved.

"There were plenty times that I thought, 'Yeah, this is it,'" an employee who was on duty that day and had a handgun pointed at her face by one of the robbers.

As many as four people were inside the store during the brazen midday crime.

"I went to buzz in an elderly guy and the robbers actually snuck in behind him and they just came up and was like, 'Hey, everybody get down,' so I followed the robber's prompt," the employee, who asked not to be identified and spoke only with 41 Action News, said. "I got down, gave them all the cash and phones that they demanded."

The employee said while one suspect was inside robbing the store, another was outside serving as the lookout.

"When he came around the corner and focused his attention on me, that's when the customers saw their chance to break free," the employee said.

Thankfully, no one was hurt, but the incident will haunt the employee who came face-to-face with a gun.

"Someone who would honestly rob a store at 12 noon ... they didn't have any remorse for themselves, me, the community, the children that was there," the employee said. "It was young children, a baby that was actually there."

The robbers made off with 13 phones and $400 in cash and were undeterred by the store's roughly 30 security cameras, which are hidden in plain sight.

"I don't think they cared," another Metro PCS employee, Michael Farmer, said. "I was told there's no smart criminal so. Honestly, we just need stuff like this off the streets. It's unsafe that I just go and out and try to make an honest living, and then the fear of just being robbed just trying to protect and provide for my family."

Both employees strongly believe the suspects in Saturday's robbery had watched the store leading up to the robbery.

Another Metro PCS store on Troost Avenue was robbed around the same time.

Anyone with information about the robberies or the suspects in the video is should call the Greater Kansas City CrimeStoppers Tips Hotline at 816-474-TIPS (8477).