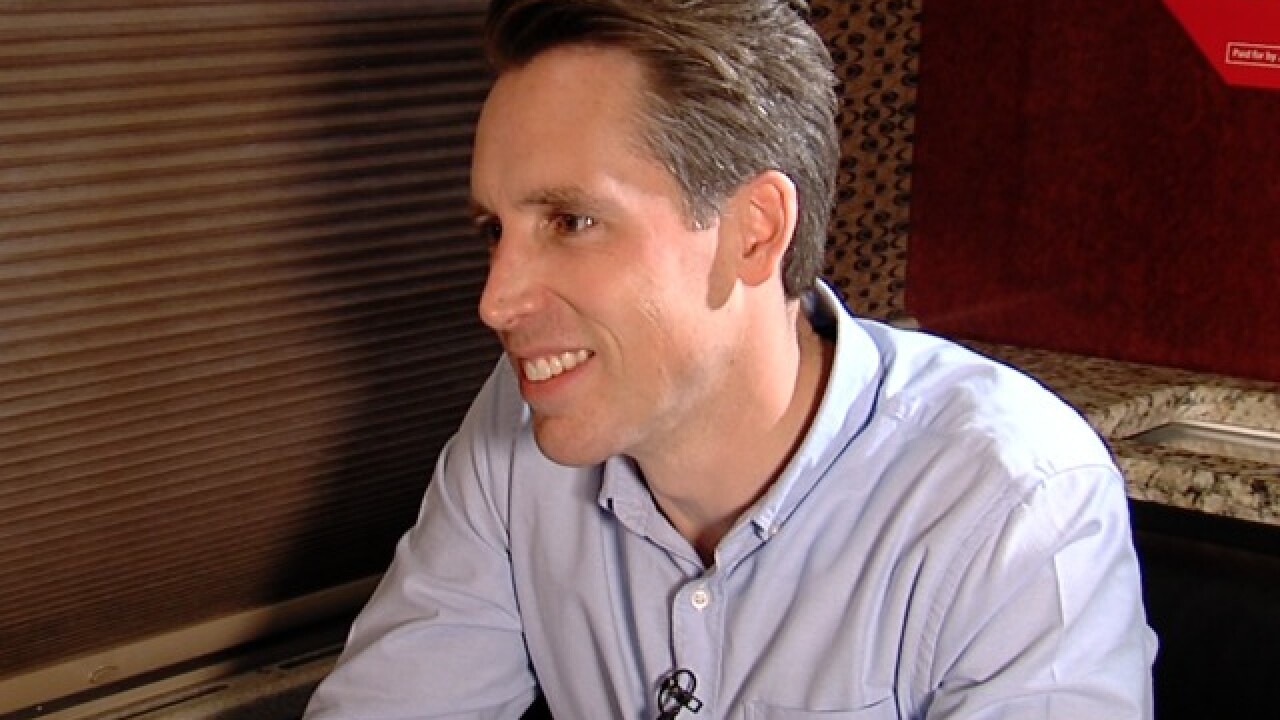 In an interview with 41 Action News reporter Steven Dial on Friday, Hawley said, "That is one of the most absurdly, false stories that I have ever read. It is absolutely false, I am proud of the work I have done as Attorney General, I am proud of the accomplishments in that office. We have 100 criminal convictions at the trial court level, defended hundreds on appeal, returned over 30 million dollars in consumer protection fraud money we got back to consumers."

.@KCStar reported @HawleyMO hired out of state consultants to "give direct guidance and tasks to Hawley's taxpayer-funded staff and led meetings." Hawley tells me "That is one of the most absurdly, false stories that I've ever read...nobody ran that office but me." @41actionnews pic.twitter.com/rwduDer9jj

Hawley later said, "Nobody ran that office but me. I am responsible for everything that has happened in that office, just like she is responsible, Sen. McCaskill for every vote she has taken in the Senate."

On Friday, Mike Fannin, the Editor and Vice President of the Kansas City Star told 41 Action News the paper has documents and stands by its reporting. He went on to say, "the sourcing we have is unimpeachable and it is documented."

According to the Star, those records show campaign consultants gave direct guidance and tasks to Hawley's state staff days after he took office in January 2017.

Consultant Timmy Teepell led the meetings and calls with senior attorney general staff. Teepell is a partner with OnMessage Inc., a Washington-area consulting firm that worked on Hawley's campaign for attorney general.

Teepell is now a consultant for Hawley's Senate campaign in the marquee race for Democratic Sen. Claire McCaskill's seat. The election is Tuesday.

"It seems to me that going forward we should start compiling a punch list of what we need to do to roll out each of our agenda items this year, and we should put together a weekly conference call for all of us to set aside time each week to focus attention on these projects," Teepell wrote in a January 2017 email to campaign and official staff.

Gail Gitcho, who worked on presidential campaigns for Republicans Mitt Romney and John McCain, led a national communications strategy for Hawley and went on to work for his Senate campaign. In a January 2017 email responding to Teepell, she said she planned to pitch Hawley as "power player of the week" to Fox News Sunday host Chris Wallace.

Topics included in later correspondence included a lawsuit Hawley announced in June 2017 against opioid manufacturers, and a state effort to target human traffickers that Hawley announced in April 2017. McCaskill had launched Senate investigations into the opioid industry and online sex trafficking earlier that year.

Hawley's campaign and the Attorney General's Office did not immediately respond to requests from The Associated Press for comment Wednesday.

The liberal group American Bridge, which has slammed Hawley throughout his Senate candidacy, on Wednesday highlighted the consultants' early work with attorney general staff as an example of Hawley's political ambition.

Hawley announced an official committee to consider running for U.S. Senate in August 2017, months after assuming office as attorney general. He ran an ad during his attorney general's campaign that criticized "career politicians just trying to climb the ladder, using one office to get another."

Records show Hawley's attorney general campaign paid the consultants, and The Kansas City Star reported that there are no records of consultants being paid or reimbursed with state funds.

The use of state resources for personal or political purposes is prohibited, but the newspaper reported that the consultants' work with state staff doesn't necessarily violate Missouri law unless it was explicitly campaign related.

The issue comes as Hawley and McCaskill are making their final pitches to voters.

McCaskill is considered one of the most vulnerable candidates as one of 10 Senate Democratic incumbents up for re-election in states won by Trump, who achieved victory in Missouri by nearly 19 percentage points in 2016.