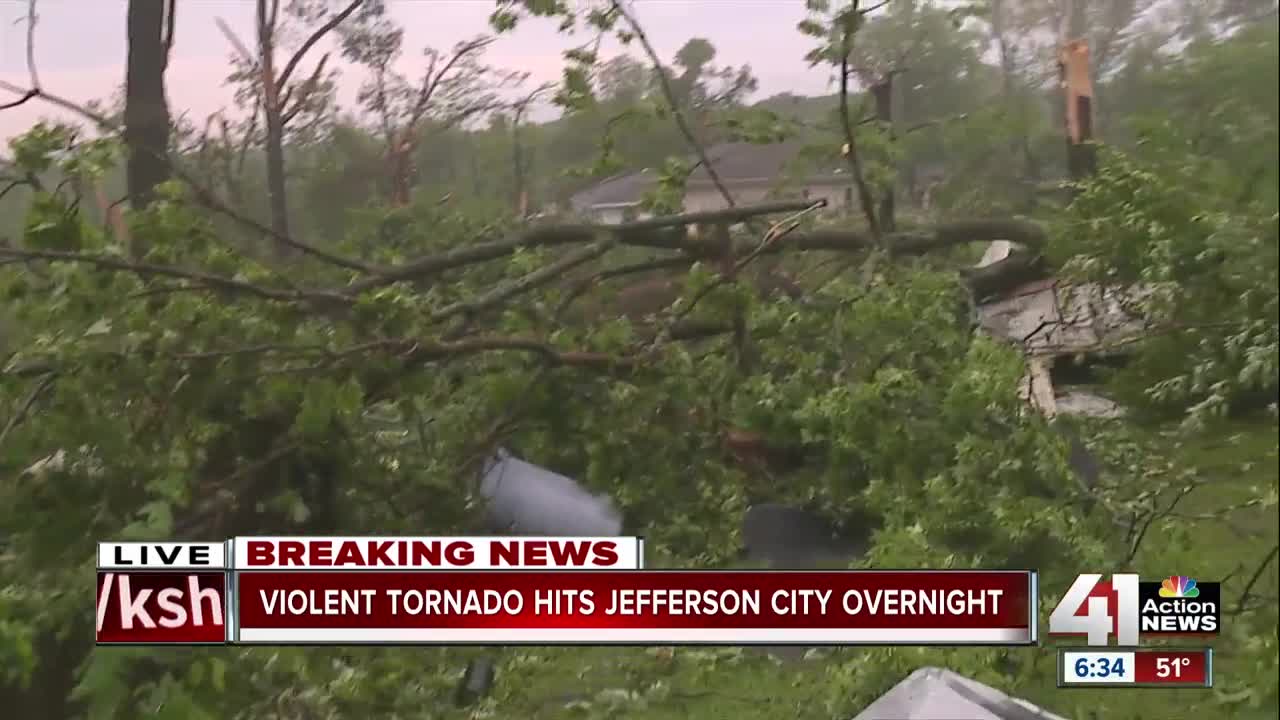 Extensive damage was reported early Thursday morning after a powerful tornado hit Jefferson City. No fatalities had been reported as of 5:20 a.m., but Jefferson City Police said around 20 people were taken to the hospital. The Missouri Department of Public Safety confirmed three storm-related fatalities in Golden City, Missouri. 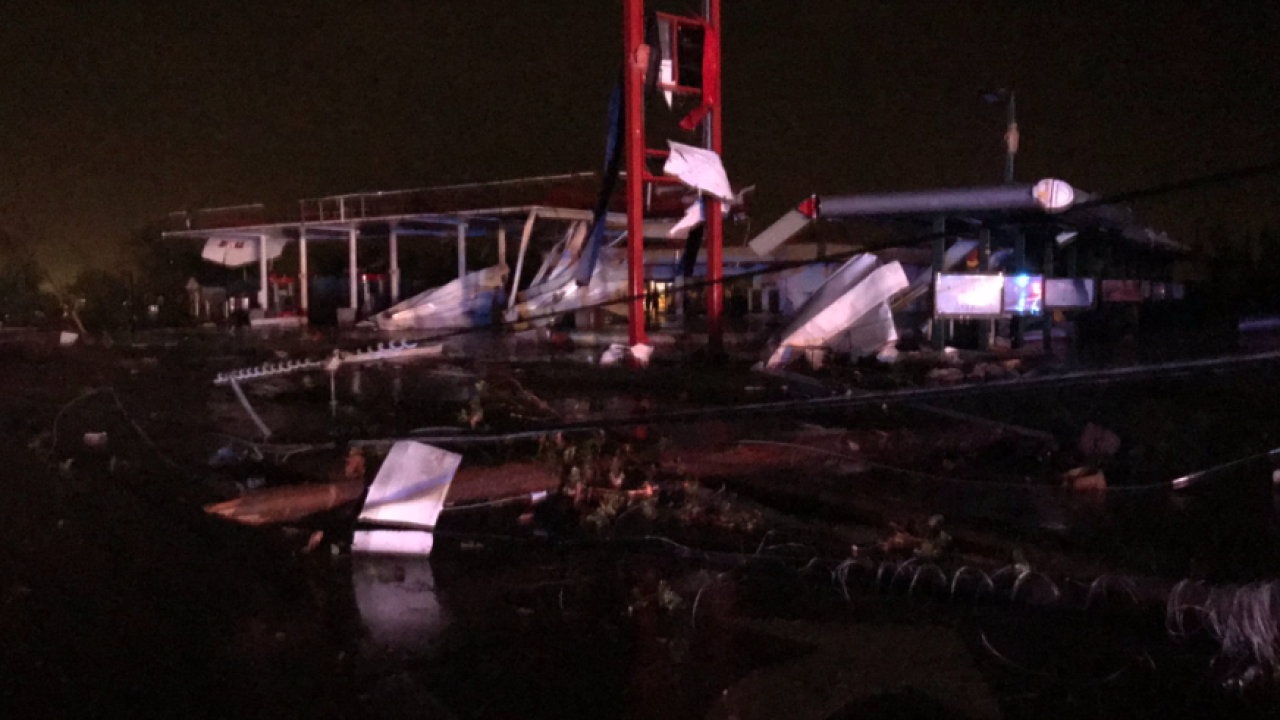 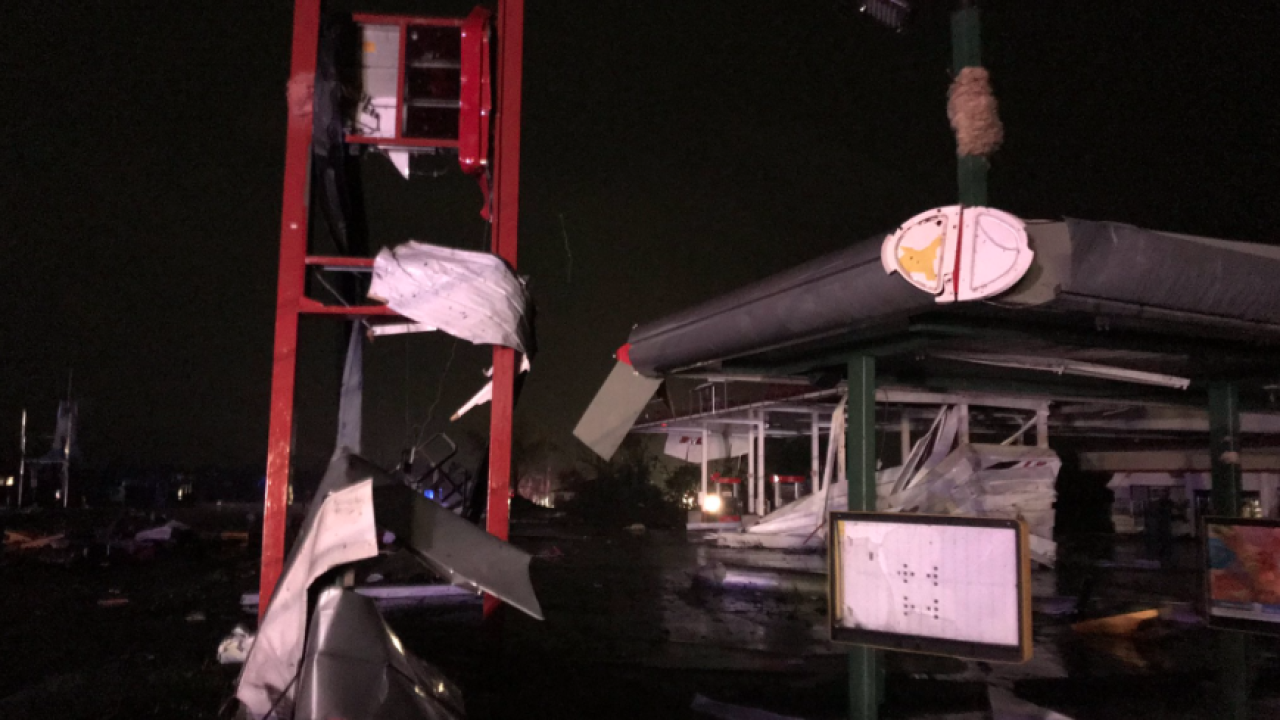 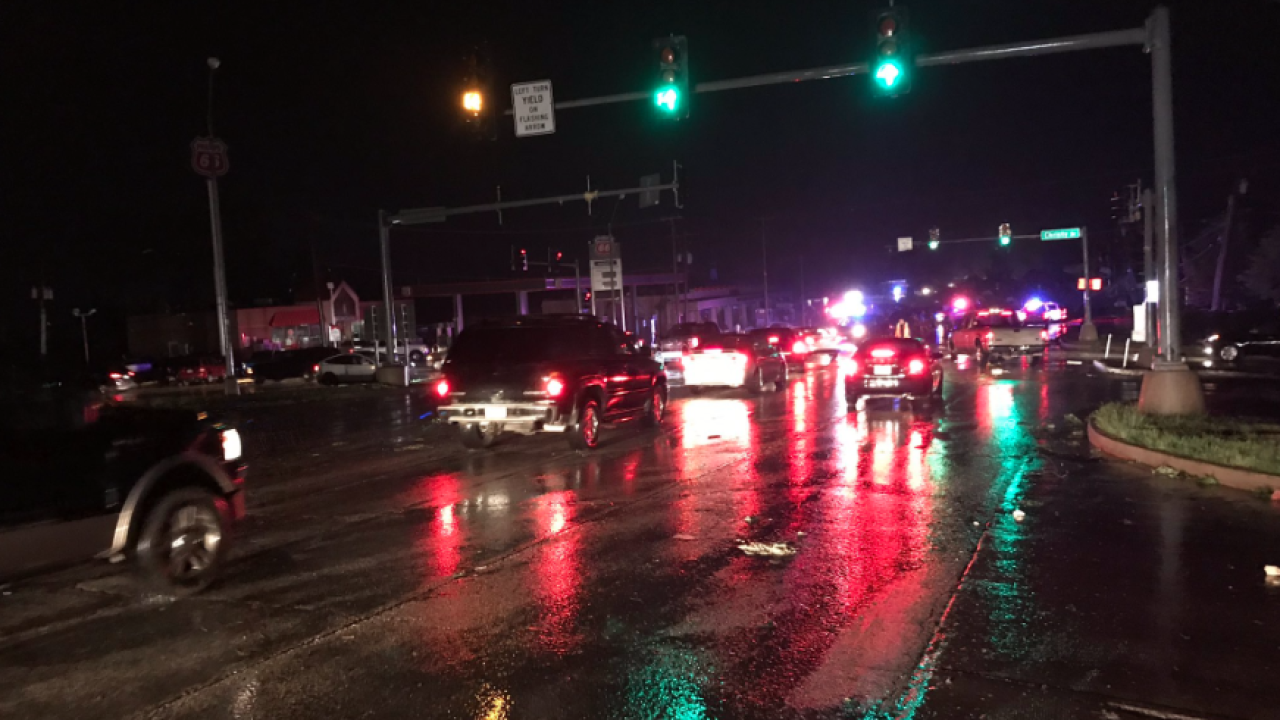 At a news conference just after 2 a.m., Jefferson City police said the situation was still developing.

"It's a chaotic situation right now," said Lt. David Williams. "We are trying to identify all the people that need our help."

No fatalities had been reported as of 5:20 a.m., but Jefferson City Police said around 20 people were taken to the hospital.

Jefferson City Mayor Carrie Tergen announced a curfew that would be in effect Thursday night from 9 p.m. to 5 a.m. from the Missouri River south to Stadium Boulevard between Lafayette and Madison streets.

According to Tergen's Emergency Proclamation, the Jefferson City Chief of Police can extend the curfew on a nightly basis moving forward until 5 a.m. on May 28.

Police said emergency crews continued to contact residents displace by the tornado and asked anyone not affected to stay away from the area.

Shelters had been established with assistance from the Red Cross.

Employees were discouraged from reporting to work to begin clean up as the utilities in damaged homes and businesses presented a hazard as Ameren crews worked to restore power. Nonessential employees who stayed home from work Thursday were also asked to remain home Friday.

Jefferson City Public Schools said early Thursday morning the district would be closed for the day because several of its buildings had sustained damage and were without power.

The Office of Administration said at least five state buildings were damaged in the storm, but the Missouri Capitol Building and Governor's Mansion were spared.

The Employment Security Building wasn't as lucky. The roof experienced significant damage, which will require the roof membrane and heavily damaged roof-mounted HVAC equipment to be replaced. Power remains out to the building.

Missouri Governor Mike Parson tweeted, "Major tornadoes across state tonight, including Jeff City. We’re doing okay but praying for those that were caught in damage, some are still trapped - local emergency crews are on site and assisting.

Major tornados across state tonight, including Jeff City. We’re doing okay but praying for those that were caught in damage, some are still trapped - local emergency crews are on site and assisting.

Pictures from the Missouri Department of Public Safety show damage in the town. Jefferson City police say power lines are down all across the city. Thousands of people remain without power.

In Jefferson City, the state capital, there is extensive damage along Ellis Boulevard near Highway 54. Power lines are down. Traffic is being diverted as @MSHPTrooperGHQ & local first responders go door-to-door. Consider all power lines live.
Stay out of areas with damage. #MoWx pic.twitter.com/cPWQi1tzCJ

Missouri Task Force One has been activated and an advanced team, search assets and engineers are on the way to help, according to a tweet from Boone County Fire.

41 Action News has a crew on the way to Jefferson City.

This is a developing story. This story will be updated.