Fairmount Liquors closing for good after new year due to flooding along U.S. 24 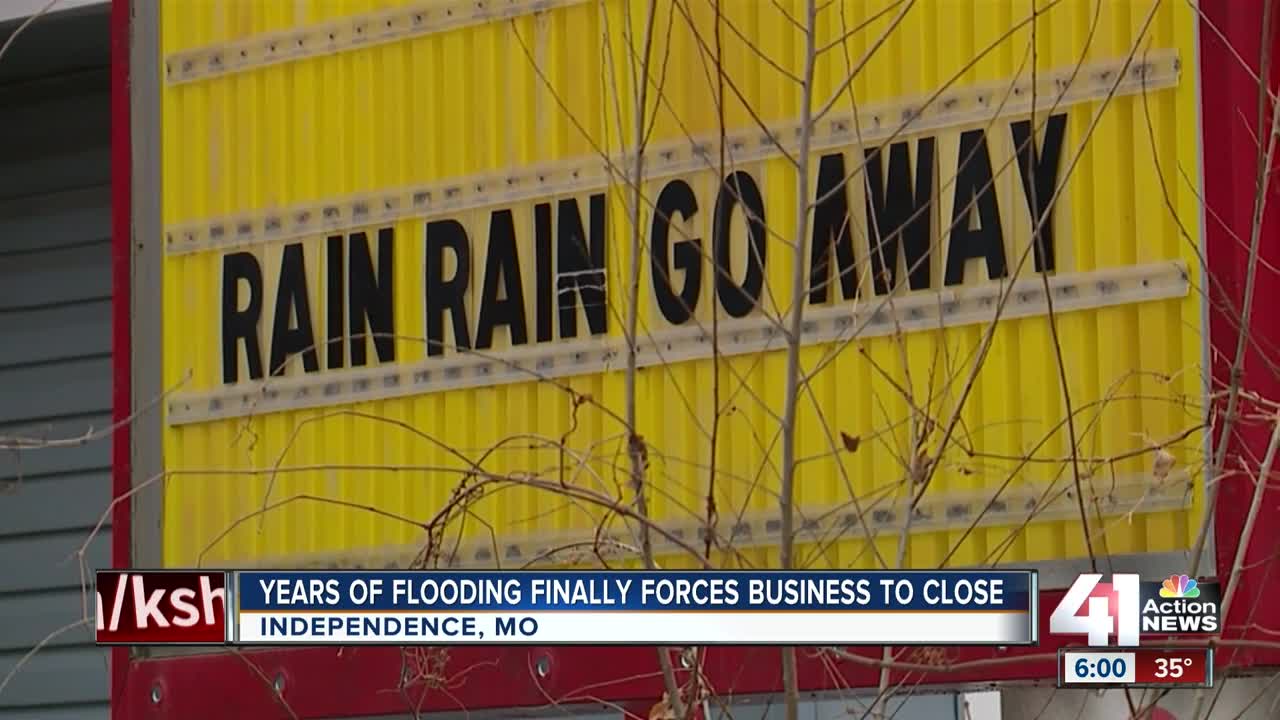 After more than 27 years, Fairmount Liquors in Independence is closing. Time and time again, in interview after interview, owner Thelma Jordan has warned the city that the flooding issues along U.S. 24 would eventually force her to close down for good. On Thursday, she told 41 Action News that day has finally come. 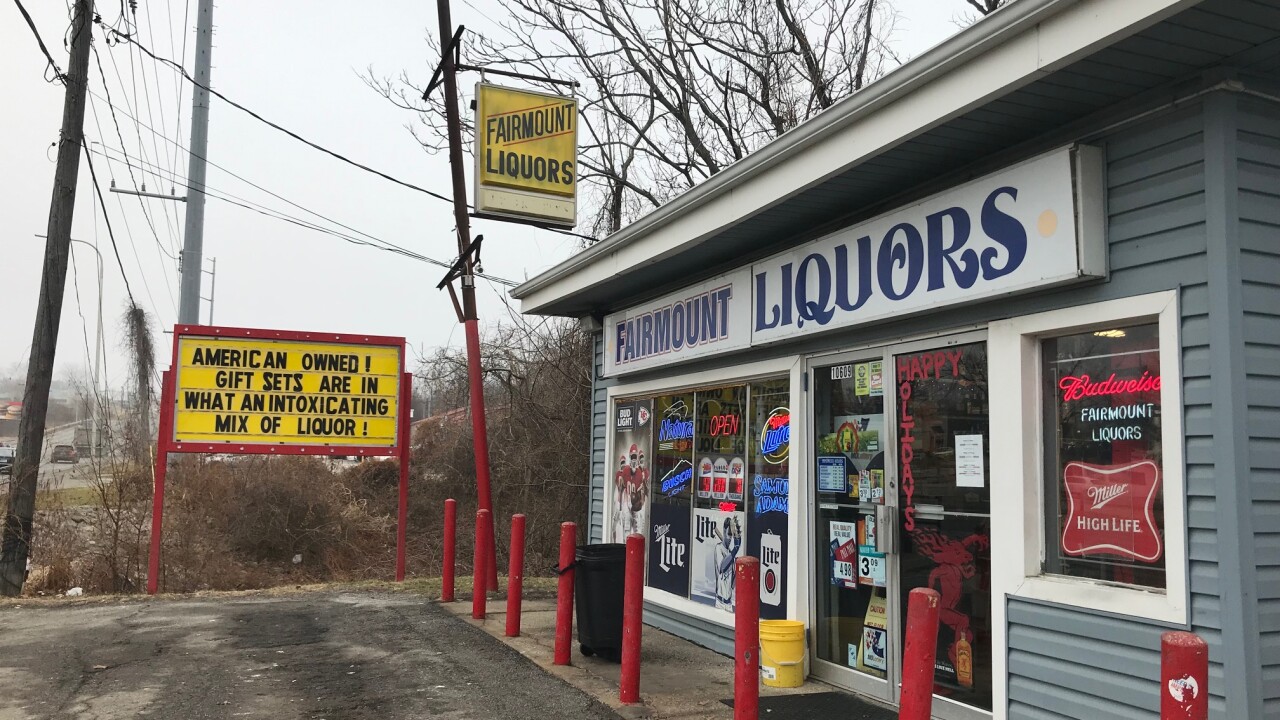 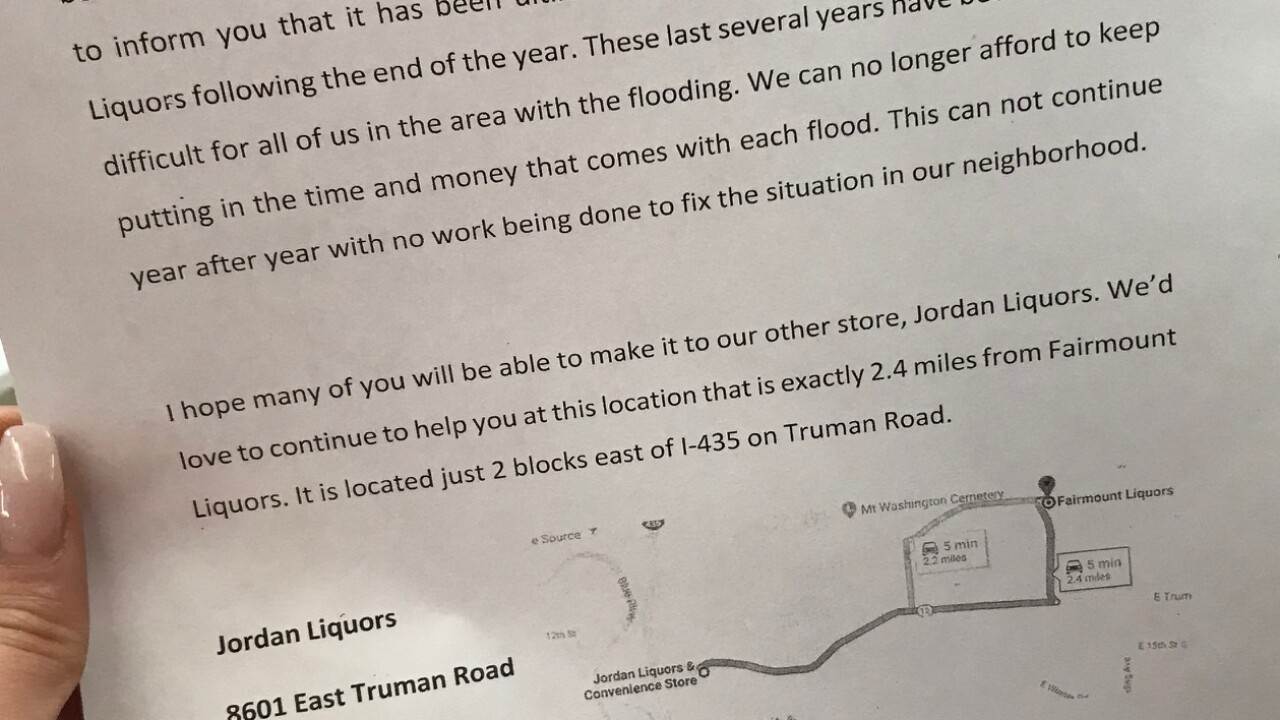 INDEPENDENCE, Mo. — After more than 27 years, Fairmount Liquors in Independence is closing.

Time and time again, in interview after interview, owner Thelma Jordan has warned the city that the flooding issues along U.S. 24 would eventually force her to close down for good.

On Thursday, she told 41 Action News that day has finally come.

After Jan. 1, her store will be vacant. She said she wanted to sell it to her daughter, but doubts anyone would want to buy a warped, deteriorating store.

"I can't tell you how sad I am about this whole thing, but it comes to the point that I don't have the money to put into it anymore," said Jordan, who is 76 years old.

All she could do was stack her inventory on pallets and pray for the forecast to be wrong, but a broken underground drain restricting the creek's water flow and ground erosion meant any rain could be a disaster.

"It seems like in the time since the first flood in 2015, there should have been something done. I'm not the only one affected. I have so many people in the neighborhood come in all the time and tell me sad stories," Jordan said. "Their houses flood, the church floods, the car wash floods. I feel so sorry for them too."

The issues have continued for so long that Jordan is heading to court next year, suing Independence, Sugar Creek, the Missouri Department of Transportation, and the car lot across the street saying it's their responsibility to fix it.

Best Buy Car Co. is on the Sugar Creek side of 24 Highway and had to move three miles down because the broken drainage system caused a sinkhole to open up in their parking lot several years ago. The owner, Mark Cosgrove, said he lost dozens of cars in the flooding over the years.

Cosgrove filled the sinkhole in with gravel, causing more back-up.

Sugar Creek is issuing fines to Cosgrove for every day the hole remains filled with gravel. The city said it's not its responsibility to fix the drain because it's on Cosgrove's property.

"It's terrible for their business. I mean, it's their livelihood," said Fairmount customer Troy Pisha.

Jordan set out a letter on the store's counter telling customers what will happen come the new year, and asking them to visit her other liquor store about three miles west on Truman Road.

"I have put so many years of my life into this. And I have wonderful customers. They keep coming back. They're great," Jordan said.